The perfect visual and aural mashup of Buffalo Philharmonic Orchestra, under the baton of Stefan Sanders, and New Wave survivors The B-52s, happened on Wednesday night.

The crowd, largely seasoned fans of the band (some with children in tow), filled nearly every seat of the venerable Kleinhans Music Hall.

Black fabric draped the rear wall of the stage. Projections of spinning daisies, geometric shapes, and constellations of little stars danced over the heads of everyone onstage. The lighting throughout the evening kept a wash of mostly darker colors over the BPO. Sometimes, The B-52s were in bright white light.

The program, in two halves – with a slightly too-long intermission – featured 18 songs. Nine were The B-52s with orchestra tacet (sitting and awaiting their next arrangement, looking great under the clubby lighting) with the other nine combining the talents of every performer onstage and arranged by David Campbell. The latter were the more successful, and all the B-52s mega-hits were with BPO accompaniment.

A Canadian couple, James Frizzell and Melissa Goguen of Niagara Falls, Ont., were spotted at a table in the lounge. Frizzell wore a hat (sort of a top hat-bowler hybrid) that he'd embellished for the concert: an expensive old hat (he explained) now covered with colorful painted stripes and a small stuffed Energizer Bunny.

Why the Energizer Bunny?

"It symbolizes the energy of The B-52s," he explained, "that they haven't stopped their music for almost 40 years."

[PHOTOS: Smiling faces before the B-52s and BPO show] 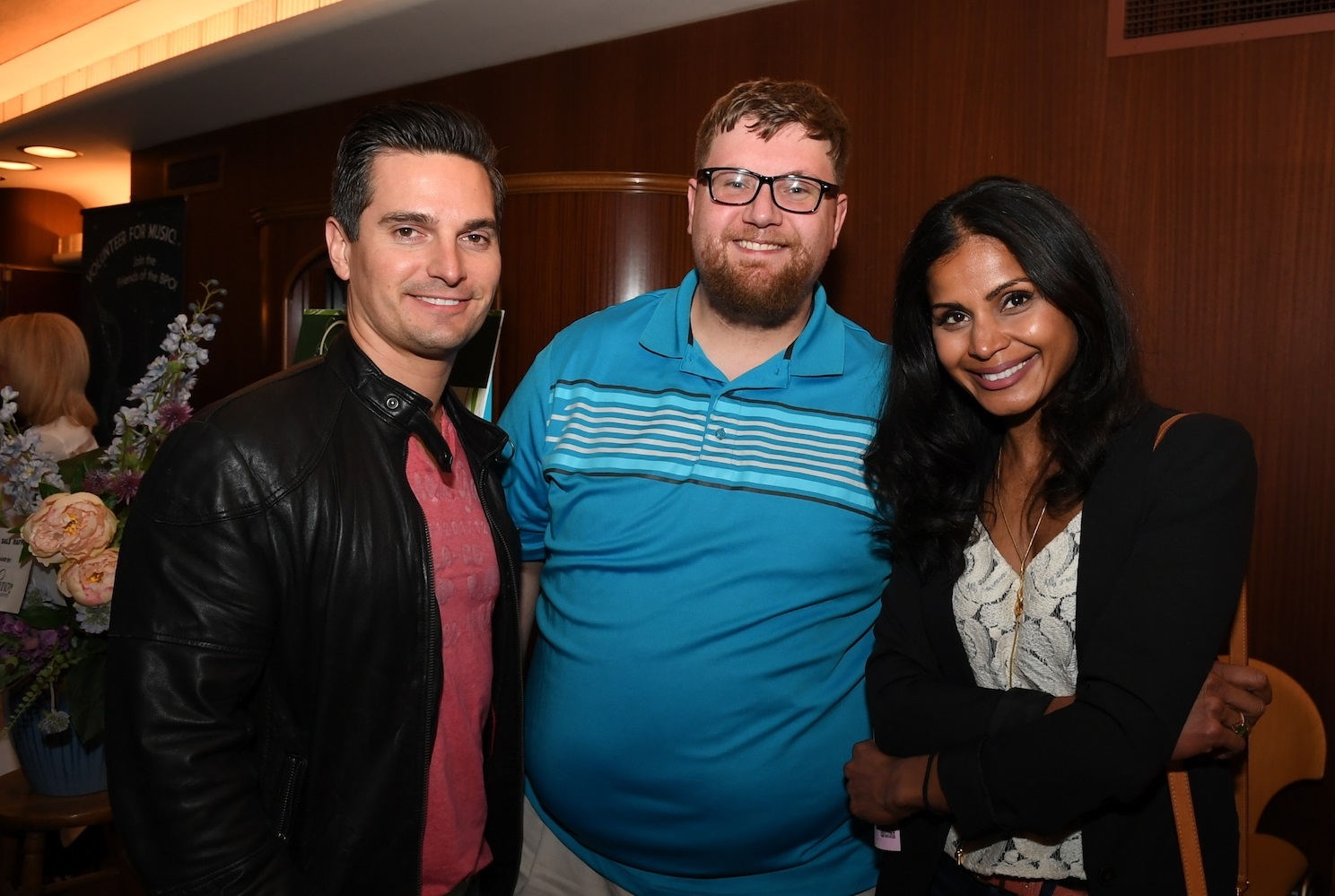 Smiles before the B-52s performed with the Buffalo Philharmonic Orchestra on Wednesday, June 7, 2017. (Nancy J. Parisi/Special to The News)

What is now The B-52s is the distinctive vocalists Fred Schneider, Kate Pierson and Cindy Wilson; their fellow founding member, Keith Strickland, famously does not do tours.

The voices remain strong. The ladies, when really cooking on the songs showcasing their talents, blend beautifully. Schneider still, after all these decades, is full of inter-song quips, observations and plain old silliness.

Opener "Planet Claire" was met with, after a few bars, jubilant recognition. It was as the trio and their crackerjack backup band began "Private Idaho" that Schneider could see their audience:

"Mesopotamia," from the band's quirky (and that's saying a lot regarding a career of quirk) E.P.,  produced by David Byrne of Talking Heads, was a nice surprise addition to a set that could have bounced from hit to hit.

"Roam," performed with the orchestra, was one of the first half's greatest moments: the audience in full-on dance party mode, the orchestra adding lovely lushness, the backup band in a groove, and Wilson and Pierson vocally blended.

Schneider was offstage for a few, returning for "6060-842," noting "we are classy people playing in front of classically-trained musicians," as he wailed on his cowbell.

During "Dance This Mess Around," their last before break, Schneider added a dance to the dances of the lyrics: "The Buffalo Waltz," as he called it, while performing a little waltzing.

Schneider announced he was off for "a champagne cocktail," apparently inspired by the elegance of the hall.

Retaking the stage, the band performed some solid choices, creating a bit of a lull of more sonorous songs ("Deadbeat Club" and "Channel Z") before ending with their hottest songs: "Love Shack" and their favored closer, "Rock Lobster."

Those two dance floor classics indeed had every audience member out of their seats.

The B52s with the Buffalo Philharmonic Orchestra