Statistics 101: In addition to winning the state title last winter, White is also a veteran of the outdoors New York State Public High Schools Athletic Association championship meet. Last season, he took second in the 400-meter dash after heading into the states as the Section VI and Niagara Frontier League champion in the event.

Favorite moment in high school competition: Competing at nationals as a sophomore. 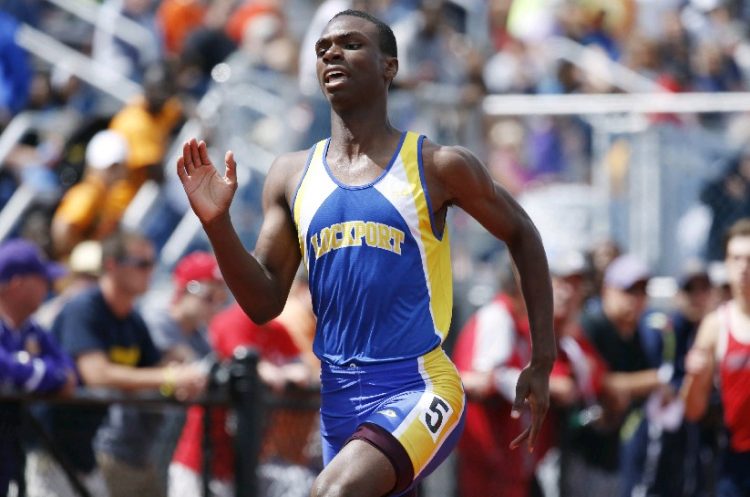 Treston White of Lockport is fast inside and out; here he's competing in the state outdoor championships last year. (Buffalo News file photo)

Pro/college athlete I look up to: Michael Johnson

I wouldn't be here without these people: My family and coaches

When I'm not playing or practicing my sport, I'm: working, sleeping or just hanging with friends.