Four years ago, Manya Chylinski was in the crowd near the finish line of the Boston Marathon.

She was there when a terrorist's bomb went off, across the street.

She was not burned by fire, or hit by shards of shrapnel.

Still, it is the scars she carried away from that explosion that bring her to Buffalo Wednesday.

"I refer to what happened to me as an injury," said Chylinski, who will travel here from her Massachusetts home to serve as a speaker on the third day of the National Homeland Security Conference at the Buffalo Niagara Convention Center.

She is a professional marketing consultant and independent writer. She will join an impressive array of emergency response and public safety experts, assembled in Buffalo to offer workshops and sessions on anticipating, preventing and sometimes confronting 21st century American nightmares.

Her message is a simple one, reinforced by the international response to the bloodshed last Saturday on London Bridge. She understands the idea of communities rallying together in the wake of terrorism. But she said the public drumbeat about that approach, about the idea of staying strong and moving on, leaves her with one fear:

It is not weakness – if anything, it is the opposite – to say out loud that some emotional and psychological wounds are not so easily left behind.

The ripples from what amounts to a kind of spiritual damage, she said, "can go on for a very long time after an event."

She was invited to the conference because of her work in Boston, where she has emphasized the unseen damage the marathon bombing left on witnesses. She fears the same will happen in London. The men and women who went there Saturday to relax or get a meal were everyday people, living everyday lives. Terrorist cruelty, to most of them, was about as real as a lightning strike.

Out of nowhere, a van plowed through London Bridge pedestrians. Three assailants leaped out and began stabbing visitors to the Borough Market. Police responded quickly and shot the three attackers dead. Hundreds of witnesses, beyond even the seven killed and dozens wounded, were exposed to raw terror, to unbearable violence. 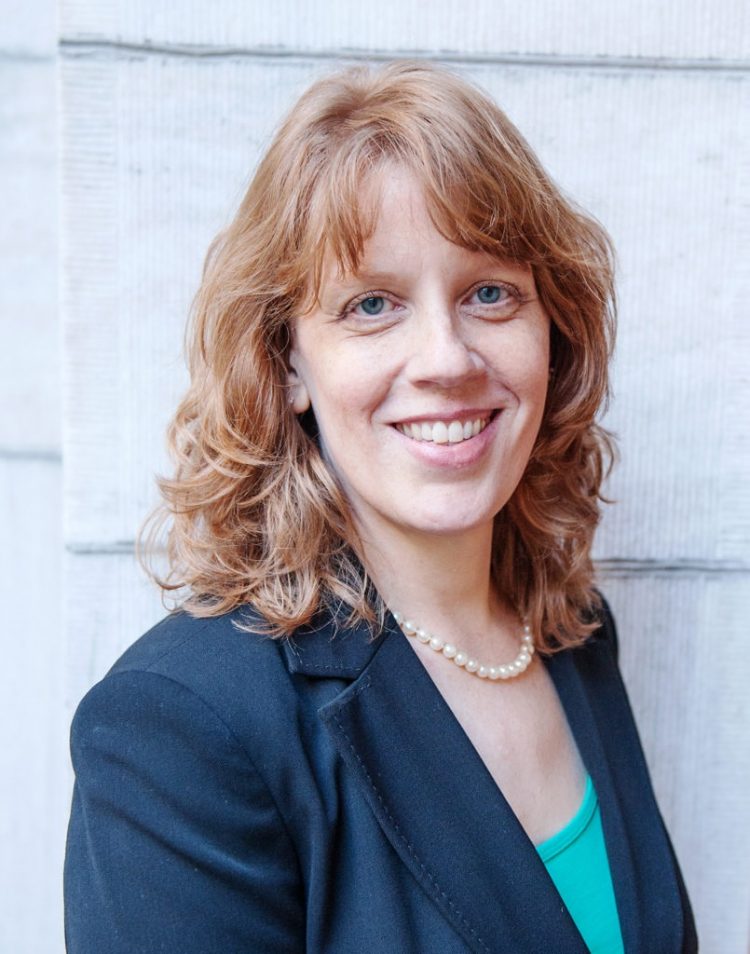 Many will struggle to recover, Chylinski said, unless they receive public affirmation that it is not being weak if they seek help.

Her message reflects her own journey. On April 15, 2013, she joined some friends at the finish line of the Boston Marathon. The atmosphere was joyous, even euphoric.

"I was there for no one in particular and for everyone," she said.

Chylinski loved the mood of celebration, of community, surrounding the race. She was a longtime regular in the crowd on marathon day. For only the second time, she managed to get a seat in the bleachers by the finish line.

She was on her feet, she said, cheering on the runners, when a bomb went off. The sheer reality of the blast paralyzed her. She froze in place, staring at the point of detonation. In memory, she hears no sound or feels no vibration except for the explosion of the bomb.

"Everything else," she said, "is silent to me."

As she stood there, stunned, the second bomb went off.

Somehow, that set her free to run. She became part of the great flight of the crowd. Chylinski and a close friend, separated by the mayhem, finally managed to find each other. They joined a throng of shocked, sobbing people who lingered for a while, before dispersing into a community still anxious and preoccupied by the search for the killers.

Like everyone in greater Boston, Chylinski mourned for the dead and maimed. She tried to play down the impact of the bomb on her own life and routine.

She knows now she was lying to herself.

She lost her appetite. She had trouble sleeping. The explosion lingered, like a wound.

"In the immediate aftermath," she said, "I wasn't OK."

Chylinski assumed that after a week, or two weeks, those struggles would fade away.

They didn't. She felt increasingly isolated. Chylinski didn't hear many people addressing the effect on witnesses to the blast, even if she knew countless others were enduring the same emotions. The prevalent message was "Boston Strong," the idea of a community rallying together as a means of proving to the world that an act of terror would not knock down the city.

For Chylinski, the only problem with that theme was a truth that countless survivors of violence or abuse have learned over the years.

It is human to feel grief, even despair, after you are touched by horror.

"I kept asking myself," Chylinski said, "why can't I get over this?"

For all those reasons, she is closely following the aftermath of the bloodshed in Great Britain. She worries about the British tendency to "keep a stiff upper lip," to try and compartmentalize trauma. Certainly, she agrees with the notion of cities and nations coming together in the wake of acts of terror.

For Chylinski, that cohesion should include this public message:

If you've witnessed something unspeakable, it's not a measure of weakness if you can't sleep, or if you feel anxiety in crowded places, or if you have trouble living life in the same the way you did before.

Instead, it's normal – a measure of humanity – to need help after seeing something that breaks your heart.

That is a truth the American military gradually came to accept, the reason many soldiers, sailors and Marines now have access to treatment for post-traumatic stress disorder. It should be no different, Chylinski said, for everyday people, simply living their lives, who are exposed to events no one should ever need to see.

Her own experience sharpened her sense of empathy. She has a new appreciation for children exposed to street violence in our cities. She wonders how they manage to cope with the toll on their day-to-day lives, how they go to school once they witness bloodshed on the street.

When she reads about acts of horrific violence against innocents in Iraq or Pakistan or other nations around the world, she grieves for the dead and wounded – and for those expected to find a way to carry on.

She fears – "if we fail to get this message out" – that people weighed down by trauma will be reluctant to do what it takes to get some help.

Her own path toward recovery required "a lot of work with counselors." As part of that growing awareness, she advocates for others in the same place. With the attack in London on everyone's mind, her only request of the experts she will address is to recognize that not all wounds are visible, that courage is far more than a matter of fortitude.

And to say it out loud.

"I refer to what happened to me as an injury," Chylinski said.

In that sense, she said it is important for community leaders to speak out about the burdens of those who witness horror. She said any long-term emergency response should involve not only public safety and medical strategies, but should also emphasize specialists in mental health, social work and therapy.

An act of terror, beyond all else, is meant to inflict fear as a kind of living wound.

To Chylinski, the search for healing is true proof of being strong.

Sean Kirst is a columnist with The Buffalo News. Email him at skirst@buffnews.com or read more of his work here.