It is only one city school – one effort to graduate more Buffalo students – but it arguably has attracted more attention and interest than any other this year.

Plans to open a second Emerson School of Hospitality also provide a public glimpse into the often-private world of Buffalo development and the jockeying and jousting that usually go unnoticed behind the scenes.

The Emerson project has a little bit of it all. But after a second round of proposals, the school district has yet to decide on where it wants to lease space for the new school.

A few of the developments heading into Wednesday's board meeting with five proposals on the table:

• The team of Uniland Development Co. and Rocco Termini’s Signature Development got a leg up in January.

In an unusual move, the developers asked the city for site-plan approval for the Emerson project – even before submitting a formal proposal to the school district.

Given the tight timeline for the project, the developers wanted to get a jump-start on the city approval process  should their proposal be selected.

Those developers went public with their proposal for a second Emerson in the historic C.W. Miller Livery Building on West Huron Street, located around the corner from the current Emerson on West Chippewa Street.

It’s somewhat unusual in such a process, not only for bidders to be publicly identified, but to out themselves and reveal their plans.

The Huron Street location, in fact, ended up being the district administration’s preferred site and the one recommended last month to the Board of Education, but board members said they weren't given enough information to make a decision.

• Krog Corp. threatened to sue the school district for $1 million in work it already had done on the Emerson project, which it would place in the  former Trico building.

That plan originally was selected during the first round of bids, only to have the district back out of the deal months later over concerns about delays.

Krog has made it clear it will try to recoup its losses from the district if not selected as the developer for the project this second time around.

• Howard and Leslie Zemsky of Larkin Development were the latest to go public with their plans for an Emerson in Larkinville, which they have developed into a popular entertainment and business district.

They went public  last week, only after legal counsel advised the School Board against having any of the developers publicly present their proposals. That wasn’t part of the district’s original request.

School Board President Barabara A. Seals Nevergold acknowledged this process has been “rocky.” But she hopes board members will settle on a proposal Wednesday when they revisit the Emerson issue.

The state Department of Education also will have to sign off on any plan for a second Emerson. It usually takes up to six weeks for its Office of Facilities and Planning to review a project and determine the amount of aid eligible from the state, a department official said.

So far, the official said, the state has yet to hear from the school district about the Emerson project.

Developers, in fact, already have hinted that the target date to open the new school in the fall of 2018 is probably unrealistic.

“I certainly hope at this point that we can vote,” Nevergold said of the meeting Wednesday. “I know that board members had a lot of questions regarding the recommendation that was made and wanted more information about the other proposals.

“Hopefully, we’ll be able to have all the questions answered, concerns addressed and move on with a vote one way or another,” she said last week. “I think to drag it out beyond next week doesn’t seem to make sense to me.”

This all goes back to the success of the original Emerson on West Chippewa Street, where seats are in high demand, students graduate at a higher rate than in the district as a whole, and a student-run restaurant has grown in popularity.

The school district in 2015 opened a temporary second location at an old elementary school in South Buffalo that lacks culinary equipment until it could lease space in a new building. Eleven proposals were submitted during the first round, raising some eyebrows and the question:

Why so much interest in a public school?

It’s a reliable, anchor tenant, developers explained, that would occupy a good portion of a building – if not the entirety of it – for at least the next 15 years.

Besides, they said, a culinary school with a restaurant is kind of a cool – an attractive project that complements the other development happening in the downtown area.

The five proposals for a new culinary high school: 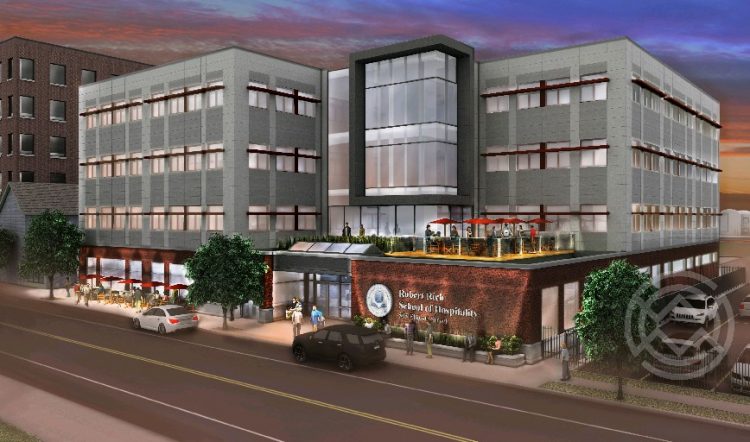 Touts partnership with Rich Products to help train and develop school’s culinary curriculum. Part of larger $70 million project to be built near the Buffalo Niagara Medical Campus that would include office space and a parking ramp. Envisions a larger hospitality campus with potential for a hotel atop the ramp. 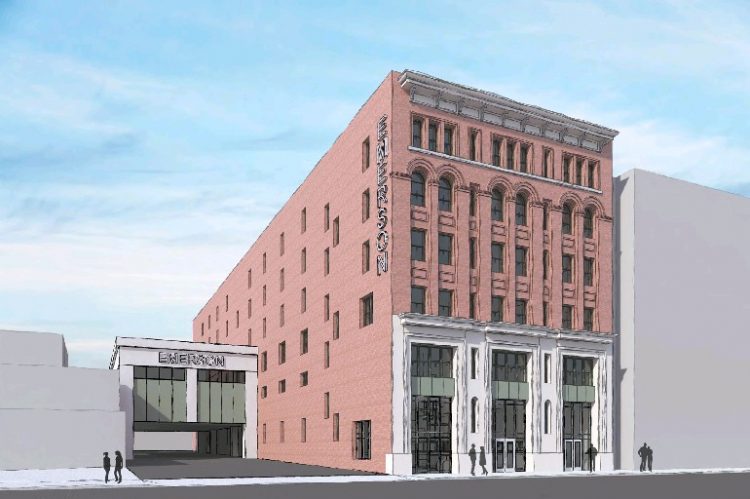 Renovation of the historic, six-story C.W. Miller Livery Building, adjacent to the new Curtiss Hotel. Just around the corner from the current Emerson on Chippewa Street, the two schools would create a larger “hospitality campus” and include new programs in hotel management and sports-events management. Recommended location by district administrators.

Custom-designed high school that would anchor future growth at Larkinville. Touts relationships with food trucks and others in the tourism and culinary industry, as well as Larkinville businesses ready to offer students their expertise, mentoring and internships. Neighborhood originally discussed as location for a second Emerson. 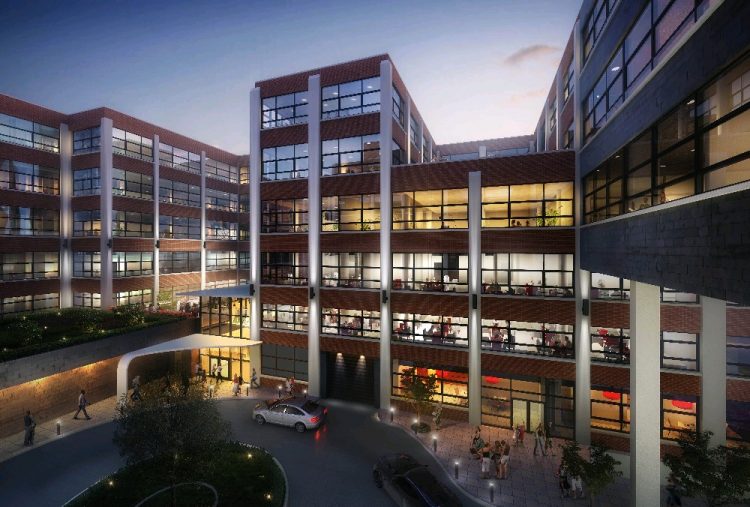 Old Trico building was first selected as site for second Emerson because of proximity to the Buffalo Niagara Medical Campus, but district backed out after concerns over delays. Developer now set to begin redevelopment of the former factory into apartments, hotel and office space, but could Emerson still be in the mix? 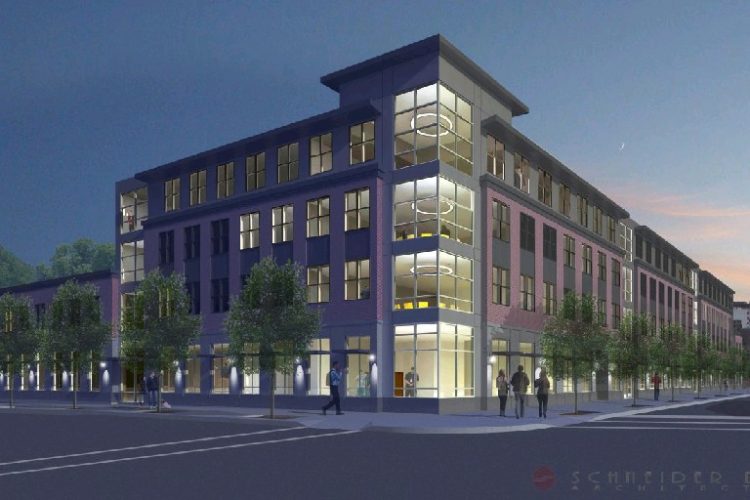 Located a couple blocks north of the Buffalo Niagara Medical Campus. Developer has held specific proposal for Emerson close to the vest, but site is advertised as a four-story build-to-suit. Rendering depicted on company web site.