#PrepTalkResume: Kyriakopoulos is a two-time Section VI all-around champion, and won the state all-around title for the first time. She is a repeat Prep Talk Player of the Year for girls gymnastics.

Statistics 101: Turned in a record-breaking score of 9.85 on the floor exercise at states, shattering the record of 9.825 set by Brittan Tassar of Section XI (Suffolk County) in 2009. She also won the bars with a 9.55 score.

Favorite moment in High School competition: Breaking the state record on floor with a 9.85 and winning states as a team for the second year in a row. 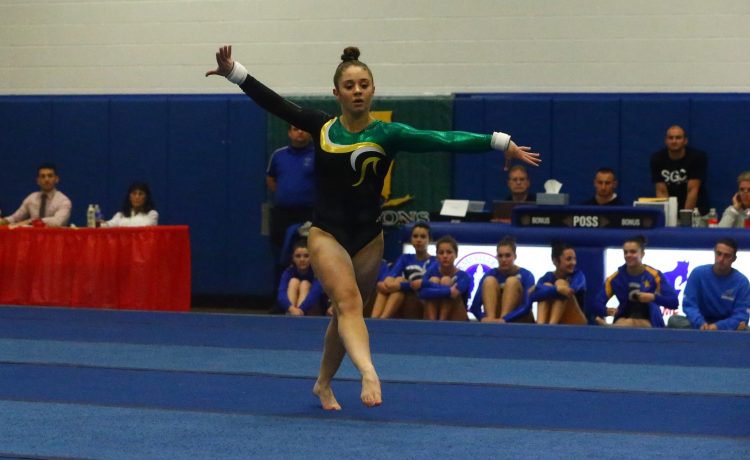 Pro/college athlete I look up to: Lexi Priessman

I wouldn't be here without ... : My supportive family, my coaches, and my teammates who make this sport worthwhile.