#PrepTalkResume: Ferenczy is a three-time All-Western New York first-team selection and a three-time all-state pick. The Billies' captain led the ECIC in goals each of the past two seasons.

Statistics 101: The Billies' standout recorded 23 goals and nine assists as a senior and finished her four-year career with 72 goals and 49 assists. 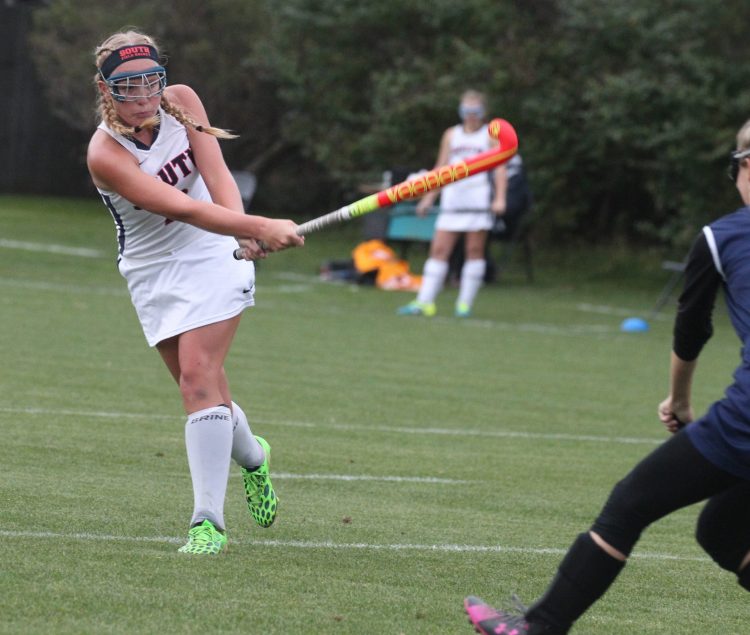 Williamsville South's Abby Ferenczy follows thru on a shot during her junior season. (John Hickey/Buffalo News)

Pro/college athlete I look up to: My sisters – two played field hockey at St. Lawrence. One played lacrosse at Potsdam.

I wouldn't be here without these people: My family: Mother, father, aunt Pat, uncle Ben, aunt Barb, my sisters, brother and Mrs. Julie McCullough for always cheering me on at home and away games.

When I'm not practicing I'm ... Shopping with friends, going for a run or watching Netflix.