When news came out that Paula's Donuts planned to open a location in the Southgate Plaza in West Seneca at a time when Tim Hortons seemed on the verge of building one of its shops on every corner in Western New York, it was natural to wonder what effect that might have on the nearby venerable Eileen's Centerview Bakery.

Robert Frick, whose mother started the bakery, said a local politician paid him a visit to inquire about that very issue.

"He wanted to be sure I was OK with it," Frick said. "I told him I welcomed it because it would give me a break."

And has it? Nope.

“Nothing has changed,” Frick said.

As we celebrate what has officially been declared National Doughnut Day, much of the attention will be given to the Timmys and Dunkins of the world.

But there are still plenty of independent bakeries and doughnut shops around here to remind us of the doughnut's tasty heritage.

Doughnuts have a debatable history that dates to the 1800s. However, most sources agree that they are a truly American invention.

Ironically, as 2017 is the centennial of World War I, we’d like to add doughnuts into the mix as well. It was the Great War that really made them popular.

Homesick American soldiers — called “doughboys” because of a uniform button that looked like a flour dumpling — were served coffee and doughnuts by women volunteers of the Salvation Army. Doughnuts were a small way the women could boost the morale of the homesick men.

Nicknamed Doughnut Lassies, the women sometimes were forced to fry doughnuts in soldiers’ helmets because of the rough conditions near the front lines.

And while he didn’t make doughnuts during World War I, Frick of Eileen’s Centerview Bakery in West Seneca sometimes feels as if he’s made doughnuts for as long. His mom Eileen was the original owner. Today he works alongside his daughter Carol Frick at the bakery. 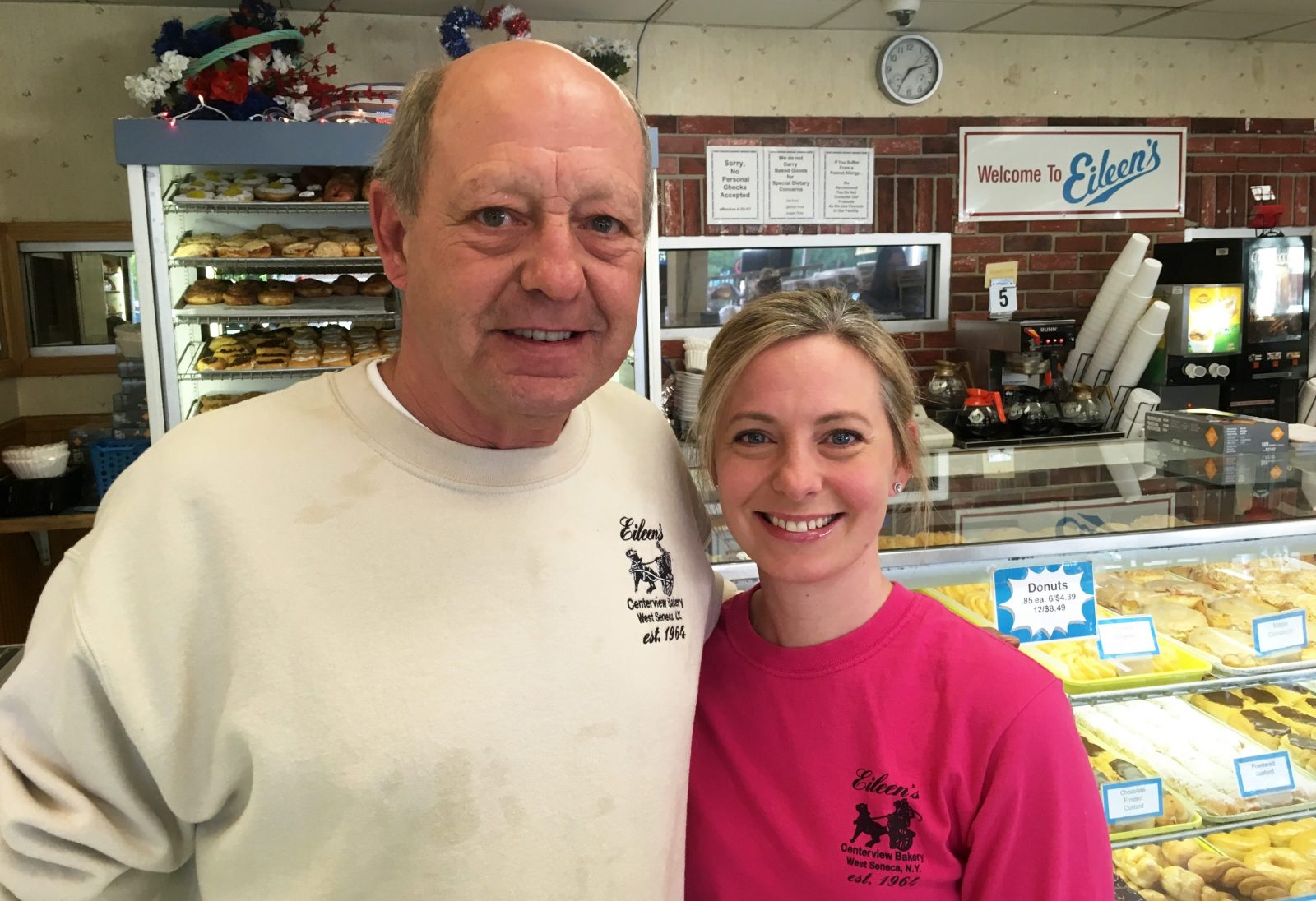 The original "doughboy," Robert Frick has been frying doughnuts since he was a teenager. He still works at his mother Eileen's bakery with his daughter Carol Frick, pictured here. (Photo Emeri Krawczyk)

Established in 1964, Frick’s mom would wake him up at 2 a.m. to go make doughnuts. Afterward, he would walk to school down the street (West Seneca West). After school he'd head back to work at the bakery, then home to sleep only to begin all over again.

“I asked her one day why she decided to open a bakery,” said Frick. “She told me she had eight kids and put them to work to keep them out of trouble. So four would work in the day, four at night. That way she knew at least half of us were keeping out of trouble.” 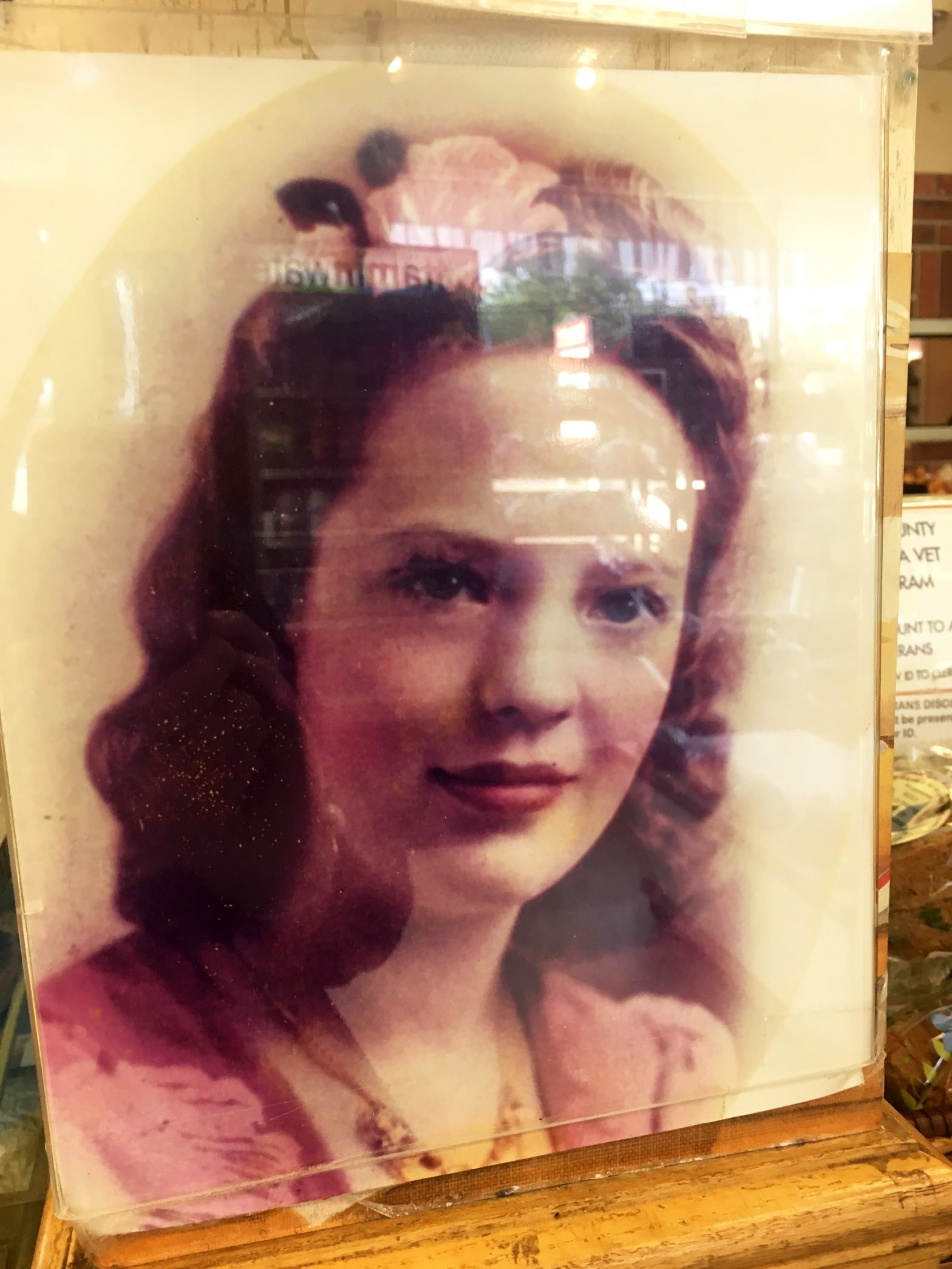 A picture of Rob Frick's mom watches over things at the bakery she started in 1964.

While that might sound like a straightforward process, consider that each doughnut uses a different type of dough.

From a simple fry cake that gets made into cinnamon or powdered sugar etc., to sour cream dough, chocolate dough, cherry dough, and then all of the yeast raised varieties, the process can get complicated.

Yet, we love that Eileen’s doesn’t get all wacky with its doughnuts. The bakery keeps it simple with about 20 classic versions. Why mess with success?

Frick says he already has so much other stuff to make that it’s easier to keep the doughnuts to the standards.

So how does he know how much dough and how many doughnuts to make?

“My mom left me a crystal ball,” laughed Frick. “Actually she told me to go by the weather. If it’s sunny and warm, back off, but if it’s rainy or cold, ramp it up,” he said.

The weather also affects how he mixes his dough. During the winter he uses warmer water for the yeast, because the kitchen is a little colder.

The yeast dough rises for about an hour before its fried.

Is there a secret behind frying a good doughnut? 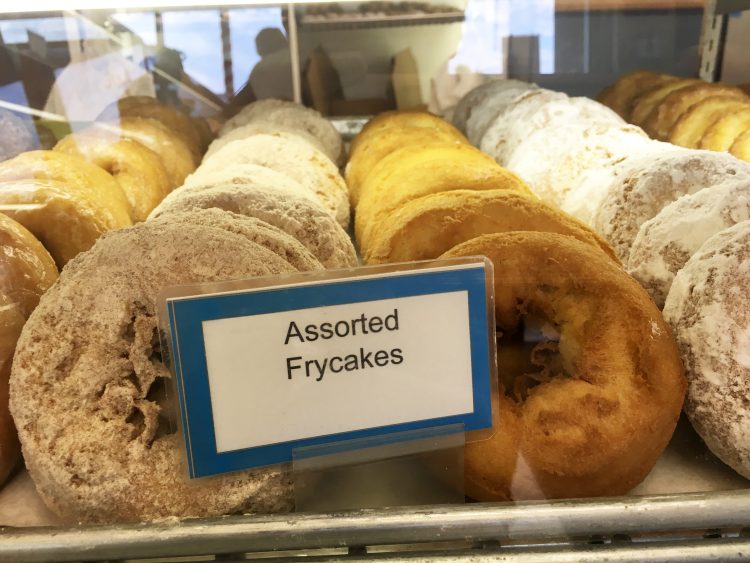 We asked Robert Frick to clarify one of the mysteries in life: why doughnuts and coffee go so well together. He replied with a shrug, "It's like a beer and a cigarette." Nobody will ever know the answer.

“It’s all done with love,” said Frick. “Seriously, you have to have a good attitude about what you are doing.” And timing, as each doughnut is fried maybe two minutes or so.

And how many doughnuts does Frick think he’s made in his lifetime?

“Oh, God,” was our answer, which lead us to the next question.

What is the biggest doughnut sales day of the week? It's Saturday, not Sunday.

“In the old days it would be Sunday, after church,” said Frick. He also notes that back then, folks had to go to a bakery to get a doughnut.

“But now you find them everywhere. Grocery stores, gas stations,” he said.

But you also still find them at Eileen's.