#PrepTalkResume: Henry led Clarence to its first Division I championship in volleyball since 1999. He was a first team All-Western New York selection, in part because he made all of his teammates better.  Henry won multiple Most Valuable Player honors in midseason tournaments.

Statistics 101: The Red Devils' standout is the school's all-time leader in career attempts and kills.

Favorite high school teammate: All of my teammates, especially my brothers Teddy and Dale 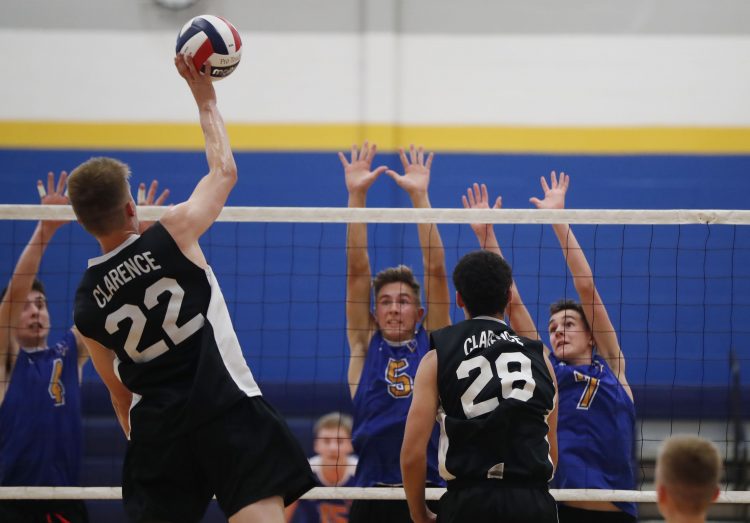 Henry Payne gets up high at the net against West Seneca West early in the 2016 season. (Harry Scull Jr./Buffalo News)

Pro/college athlete I look up to: Matt Anderson

I wouldn't be here without these people: My mom and dad, my brothers and sister - Seth, Claire, Dale and Teddy, all my coaches and teammates over the years, especially Coach Starr, Coach Pierce, and Coach Johnson.

When I'm not playing or practicing my sport, I'm: Spending time with family and friends