#PrepTalkResume: Chris finished fourth at the state championships outside of Binghamton. It was his fourth straight appearance at the event.

Statistics 101: Chris earned a trip to states with a 16:37 time to finish fifth in Class B at the Section VI championships on Grand Island. His personal best came a week before that at the ECIC Championships (15:57), when he was 10 seconds ahead of the field. 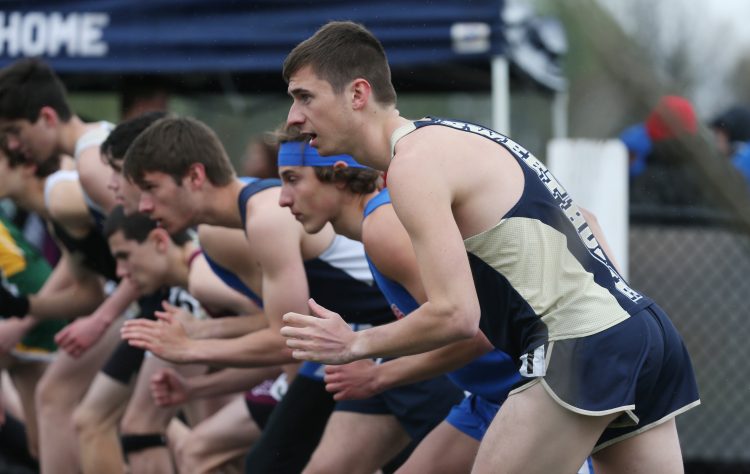 Chris Nowak of Sweet Home lines up at the start of a a 1,600-meter race he would win at the ADPRO Sports Panthers Track & Field Invitational. (James P. McCoy/Buffalo News)

Pro/college athlete I look up to: Clayton Murphy

I wouldn't be here without these people: My parents, my coaches, and all my fellow runners

When I'm not playing or practicing my sport, I'm ... : Sleeping or eating