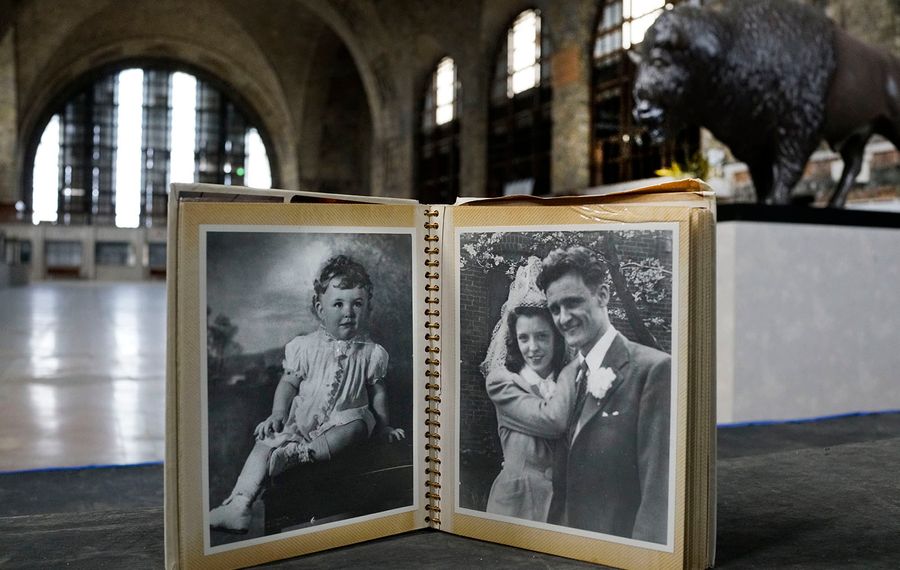 My father told me the story only once, less than two years before he died. He was smoking a cigarette on the sidewalk, by a Dunkirk street where workers from the nearby steel plant flooded past each afternoon. This was more than 30 years ago. My mother was at the kitchen table inside our house, already staggered by the lung cancer that would take her life.

That moment returned to me a few weeks ago, when I was offered the chance to be a columnist with The Buffalo News. The choice wasn't simply about work, or even writing.

It was about a family, and a city, and the way they become one.

"Your mother asked me not to come back," my father told me in that long-ago conversation.

The statement came out of nowhere, like a blow. Throughout my childhood, it had always been the two of them against the world. They'd be together at the kitchen table early in the morning, drinking their coffee when we came downstairs. They'd laugh so hard at each other's stories they couldn't catch their breath. They'd go to bed every night at the same time, after Chuck Healy finished up the 11 p.m. news.

The connection went beyond loving each other. They were confidants, best friends. We all knew that marriage was forged through love and grief, built upon a level of pain we could not fathom.

It was impossible to imagine anything might threaten such a bond until I stood with my father on that sidewalk.

I was 25 or 26. He was one of those World War II guys who never said that much. He had worked hard on the coal pile, at the steam station. He could fix just about anything we'd break. When it mattered, he came through. But he preferred to leave the storytelling to my mother. So I kept my mouth shut and watched steel plant traffic as he told the tale.

The backdrop was something I already understood. He had spent much of his childhood in Father Baker's orphanage in Lackawanna, left there with his brothers after their mother died. He went home for a while during the Great Depression, before he joined the Civilian Conservation Corps – a make-work program for young men – and traveled around the nation. He learned to drive a bulldozer, which would change his life, then came home to Buffalo and found a job in the old J.H. Williams plant.

My father worked with a pair of Scottish brothers, immigrants named Innes. They drank beer and played pinochle at the old Congress Cafe on the West Side. One night my father went to meet them at their house on Perkins Place. The way he told the story, their younger sister, Jean, was on her hands and knees, scrubbing the floor.

She and her brothers and sister, too, had been orphaned. Her own mother died when she was 3. Her father, an alcoholic, abandoned the family. She was raised by her teenage sister, Annie. She graduated from Grover, and then she went to work.

From that accidental meeting, my mother and father fell in love. They had no money, and virtually no family history. Everything they were began in Buffalo. On dates, they often walked up and down Main Street, looking in store windows, happy with each other's company. They were married not long after the Japanese bombed Pearl Harbor. Within weeks, my father was drafted into the Army. 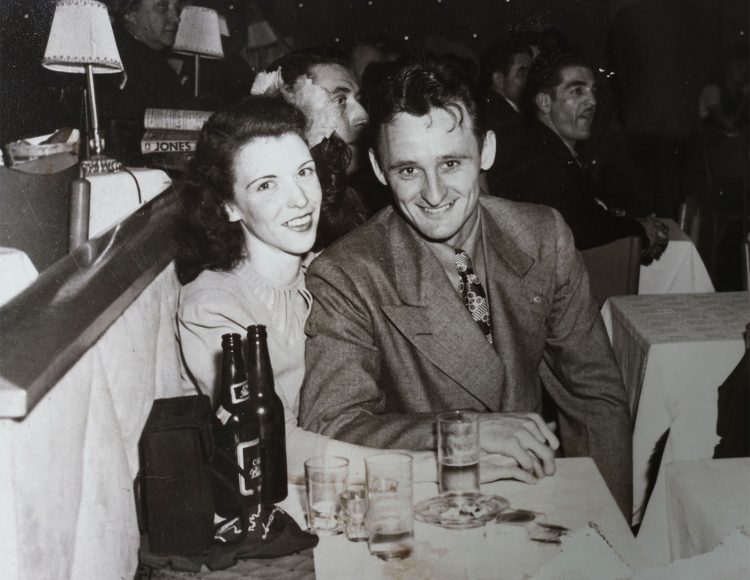 Midway through 1942, my mother learned she was pregnant.

For a time, when she could, she followed my dad from camp to camp. My sister Sharon was born on April 8, 1943, at the old St. Mary's Maternity Hospital. My dad hurried home from Camp Edwards in Massachusetts. Sharon was a healthy infant, my mother wrote in a scrapbook, with eyes "so blue they appeared black."

Old photographs show them overjoyed with their baby. In lives of constant struggle, Sharon became their revelation. My mother kept a record of everything. She noted the first time Sharon said "momma," the cloth dolls and toy dog she received for her first Christmas.

My father, soon enough, went to war in the Pacific. My mother often wrote letters to "Jimmie" and sent him photos. Decades later, as she folded laundry, she would tell us about Sharon. She recalled the rhythm of her breath as she slept in her crib, the way the infant would marvel at other passengers from my mother's lap, on a city bus.

As the war went on, they moved to Youngstown, Ohio, to live with a friend, the wife of another soldier.

My mother was there when Sharon, on a spring day, developed what seemed to be a mild fever.

She was there when the illness overwhelmed the toddler, when the tiny girl lost consciousness at the hospital, when my disbelieving mother began a bedside vigil that went on for days.

It ended when Sharon died on Aug. 19, 1944. The cause of death was encephalitis, what my parents always called "the sleeping sickness."

There was no immediate word from my father, stationed in Australia. My mother had been writing, every day.

On that Dunkirk sidewalk, he told me how the letters recounting Sharon's illness and death arrived at once, in a bundle, in early September – more than two weeks after my sister had been buried.

He never said much about the despair of that moment, although one of his friends told me his grief was raw and unrelenting. The Army turned down his request to go home. One lost toddler stood no chance against a world at war. Before long, he was sent into combat. He saw things he was never able to totally let go, even as the war swept toward its conclusion.

At home, my mother had no cushion from her suffering. Her scrapbooks still contain long poems and prayers of consolation that she copied, word for word, seeking some kind of peace. Years later, I learned how she rode the train from Buffalo to Youngstown, on a winter's day, wearing no jacket and carrying a piece of Sharon's blanket, on some hopeless quest to find her baby.

Some of this I knew. What my father told me for the first time involved the letter he received near the war's end, how my mother - shattered by grief - wrote to him and said:

Frantic, he wrote back. His letters were not answered.

Months went by, and the war ended. My father was stationed in occupied Japan until he was discharged and could return to Buffalo. He had heard nothing for a long time from my mother, but he told me he sent word to his sister-in-law – probably by telegram - of the time and day when the train would bring him home.

He had been raised in an orphanage, where even his last name was made anew. He had seen things in war that he could not forget, and he lost his daughter while he was too far away to say a prayer at her grave. If life had taught him anything, it was that everything you care about could be stripped from you.

It seemed as if his marriage would be the final proof. 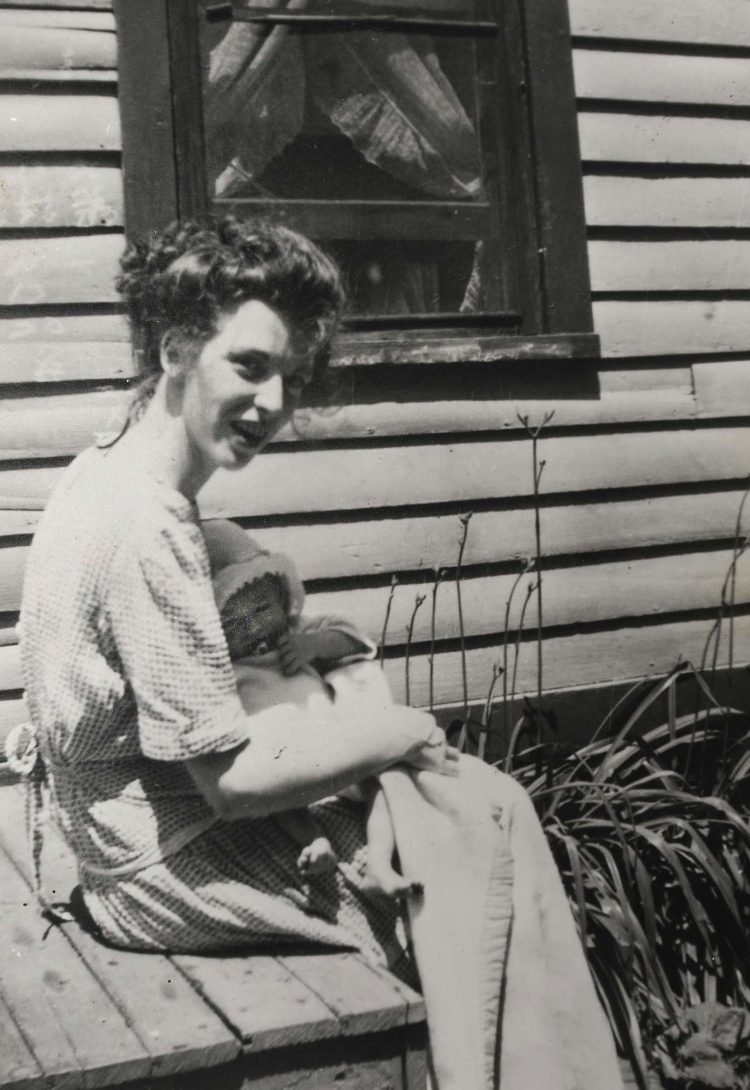 Now, I think the point of his tale was simple:

When you love someone, never give up.

Last week, I had a chance to walk through the emptiness of the old train station, to pause in the area where returning passengers once entered the vast concourse. Standing there, I pictured my father coming home more than 70 years ago, arriving at the moment he promised, and I remembered how he finished the story:

When he got off the train, he told me, "your mother was there."

He did not need to elaborate on the instant of reunion. Our family begins with that embrace in the Central Terminal. My mother's presence was commitment, a vow as strong as sorrow.

Husband and wife made a pilgrimage to Sharon's grave at the old Pine Hill Cemetery, to leave flowers at a tombstone inscribed with "Our darling baby," and then they willed themselves to move on with their lives.

They stayed in Buffalo until 1950, when my father accepted a transfer to a Niagara Mohawk job in Dunkirk. I always wondered if the reminders had simply become too much. They raised five more of us, after leaving a city they both loved. We grew up with Sharon's bronzed baby shoes in the living room, with tales of the blue-eyed sister we had never met.

In that way, long before I took my first job with a newspaper, they taught me the cardinal rule of journalism: The greatest lessons are born from the hardest trials, which means the people with the least often live out the stories of highest meaning.

Sharon  is always my North Star. She was born into nothing. She was one small being, easily forgotten. Only 38 people, most long dead, signed the condolence book at her calling hours.

Still, she mattered. Her brief time here shaped my family's destiny, cascading now through three generations. As for my writing career, it took me many places but never to this city, until events came together recently in an unexpected way. A day arrived when I received a note from an editor, an old friend, wondering if I wanted to write a column for The News.

He told me: I think there's a way to bring you home.

That my first column arrives on Memorial Day weekend underlines how this is not a job. It is a promise.

Every day, with every story I write, I'll look for Sharon.

Sean Kirst is a columnist with The Buffalo News. Email him at skirst@buffnews.com, leave a comment below or read more of his work in this archive.

[Gallery: A Closer Look at the Central Terminal]