Gov. Andrew M. Cuomo took a boat tour around the Buffalo Harbor Wednesday and touted his administration's accomplishments on the downtown waterfront.

Along the way, some news was made, too.

To start, Cuomo said the state will contribute $2 million for the redevelopment of an area near the ice-skating canal.

Developers will be invited to submit proposals in June for residences, commercial storefronts, restaurants and bars on the site.

"Let's get the best private sector company deal we can to redo the Aud block, and we're going to do that right away," Cuomo said, also referring to the northern ends of that block.

"This river that was once unimaginable to invest along has now become really one of the hottest investment locations in the city and the region," Zemsky said. "I think it's really irrefutable that investments we are making at Canalside, along the Buffalo River, is creating the kind of place and destination that is generating a ton of energy and activity, and giving Buffalo a unique reputation in this state."

Gov. Cuomo said the state will contribute $2 million toward the redevelopment of the hole in the ground where Memorial Auditorium stood. pic.twitter.com/8XmmW1zJlE

Zemsky heads Empire State Development, and he also praised Moog Inc. for investing a combined $53 million in Elma and Wheatfield and creating up to 200 new jobs. Moog had not publicly fully committed to the Wheatfield project until now.

The motion control equipment maker previously disclosed plans to invest $32.6 million in an expansion of its Elma campus with new machinery and equipment to support its aircraft group. The Erie County Industrial Development Agency has approved $3.6 million in tax breaks to support the project.

A driving force for the expansion is Moog's work to support the U.S. military's F-35 Joint Strike Fighter program and the Airbus 350 commercial airplane, which is moving into higher production numbers. The project was approved for $4 million in Excelsior tax credits and is expected to be completed by December 2018.

More than a year ago, Moog also announced plans for a separate expansion at its Elma campus that would add 100 jobs over five years, related to manufacturing and testing work for space propulsion products.

The project's outlook had been unclear. But, pending approval of incentives from the Niagara County Industrial Development Agency, Moog now says it is set to be completed in December 2021, at its existing Wheatfield facility, instead of shifting work from Wheatfield to Elma as initially proposed. The company was approved for $4.5 million in Excelsior tax credits for the project. 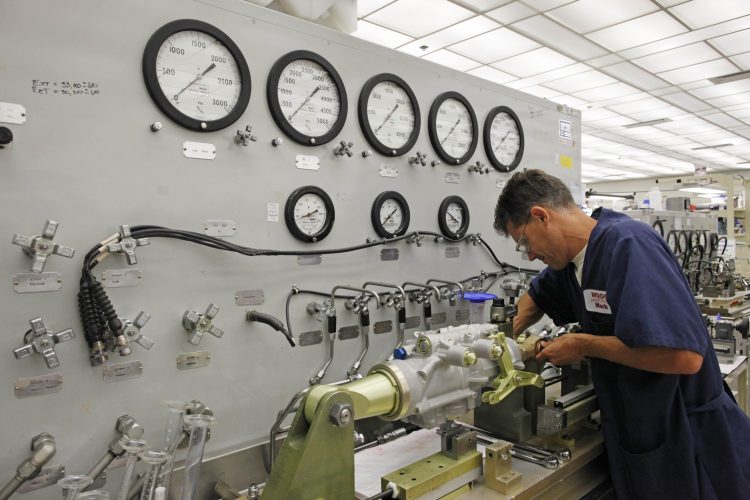 Moog has 2,500 jobs and receives more than 6.4 megawatts of low-cost hydropower from the New York Power Authority. NYPA is considering Moog's application for additional hydropower and monetary incentives to support its two expansion projects.

Howard Zemsky touted the potential of the DL&W Terminal and investments made on Ohio Street in boat tourv with Gov. Cuomo. pic.twitter.com/XsbNdtWBtT

Cuomo said the notion of investing $1 billion anywhere in Upstate New York was unheard of in the Legislature.

"It was considered just an absurdity – first because nobody really believed you could really bring back Buffalo; second, because a billion dollars was all the money in the world; and third was because they weren't from Buffalo," he said.

"Mayor Brown said Erie Street will be realigned with $10 million from the Buffalo Billion II investment from the boat tour with Gov. Cuomo. pic.twitter.com/LncpAA8yAi