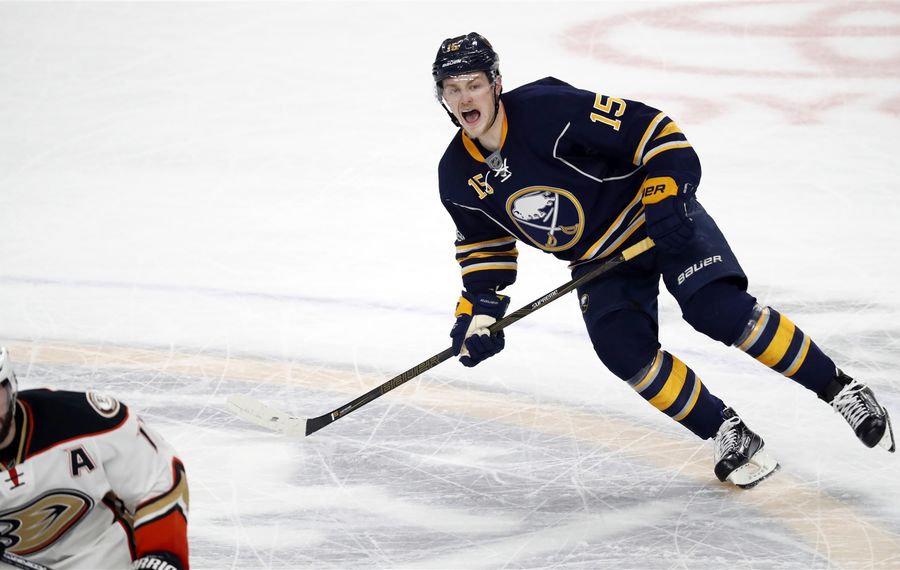 “There’s probably not one completely right decision,” Buffalo’s general manager said this week on the Sabres’ simulcast show, “The Instigators.”

Captain Brian Gionta is 38 years old and scheduled for unrestricted free agency, so it’s possible the Sabres will have someone new wearing the “C” next season. O’Reilly and Eichel are the top candidates.

O’Reilly leads by example. He runs post-practice drills, gets on the ice early to warm up the goalies and is one of the NHL’s ice-time leaders. He’s also the highest-paid player in Buffalo with six years left on a deal that pays $7.5 million annually.

Eichel is the face of the franchise and its most talented player. He is expected to turn the team into a contender. He hates to lose and isn’t afraid to say or show it.

Both have drawbacks. O’Reilly admitted he failed to be a locker-room voice this season. Eichel, at just 20 years old, had maturity issues, including sulking.

As Botterill said, there’s not one perfect decision. That’s why the GM knows whoever is captain will need help.

“The days of Mark Messier, one guy leading the charge, is so long gone,” Botterill said. “It’s so long gone. It’s an 82-game schedule. There’s a lot more leading by example than vocal leaders, I think, in locker rooms right now, and it has to be a collaboration model. It has to be a group effort.

“Whoever we name here in Buffalo, if there’s not a good support group, it’s not going to work.” 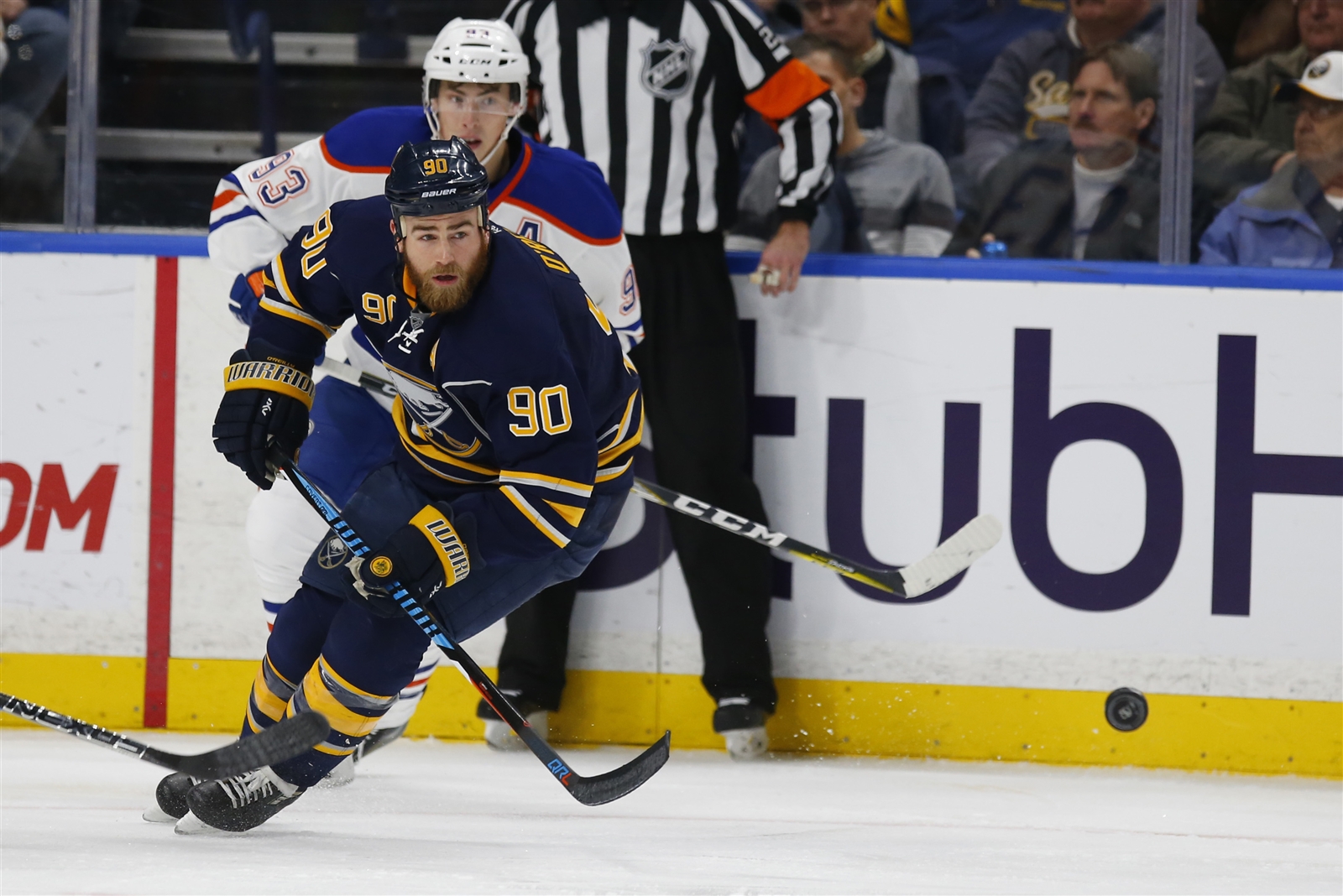 Botterill and the Sabres’ next coach will observe how the players handle themselves and their teammates before assigning the “C.”

“It’s going to be the coach and I making the decision,” Botterill said. “A coach and a captain have to have that dialogue, that trusting relationship.”

Botterill said communication with the Sabres’ stars will be paramount. The former Pittsburgh executive has been with some of hockey’s biggest names in Sidney Crosby and Evgeni Malkin. He’s seen the importance of grabbing a coffee and talking with the players.

“The best thing Mike Sullivan has done in Pittsburgh and Jim Rutherford’s done in Pittsburgh is just keep that open dialogue with Sidney, with Evgeni,” said Botterill, referring to the Penguins’ coach and GM. “Star player’s not always going to agree with his linemates or how we’re playing, but as long as there’s communication and as long as there’s respect from that element, I think it’s beneficial for the entire organization.

“I think that directness with the players is respected a lot, and I think that’s why it’s worked out so well.” 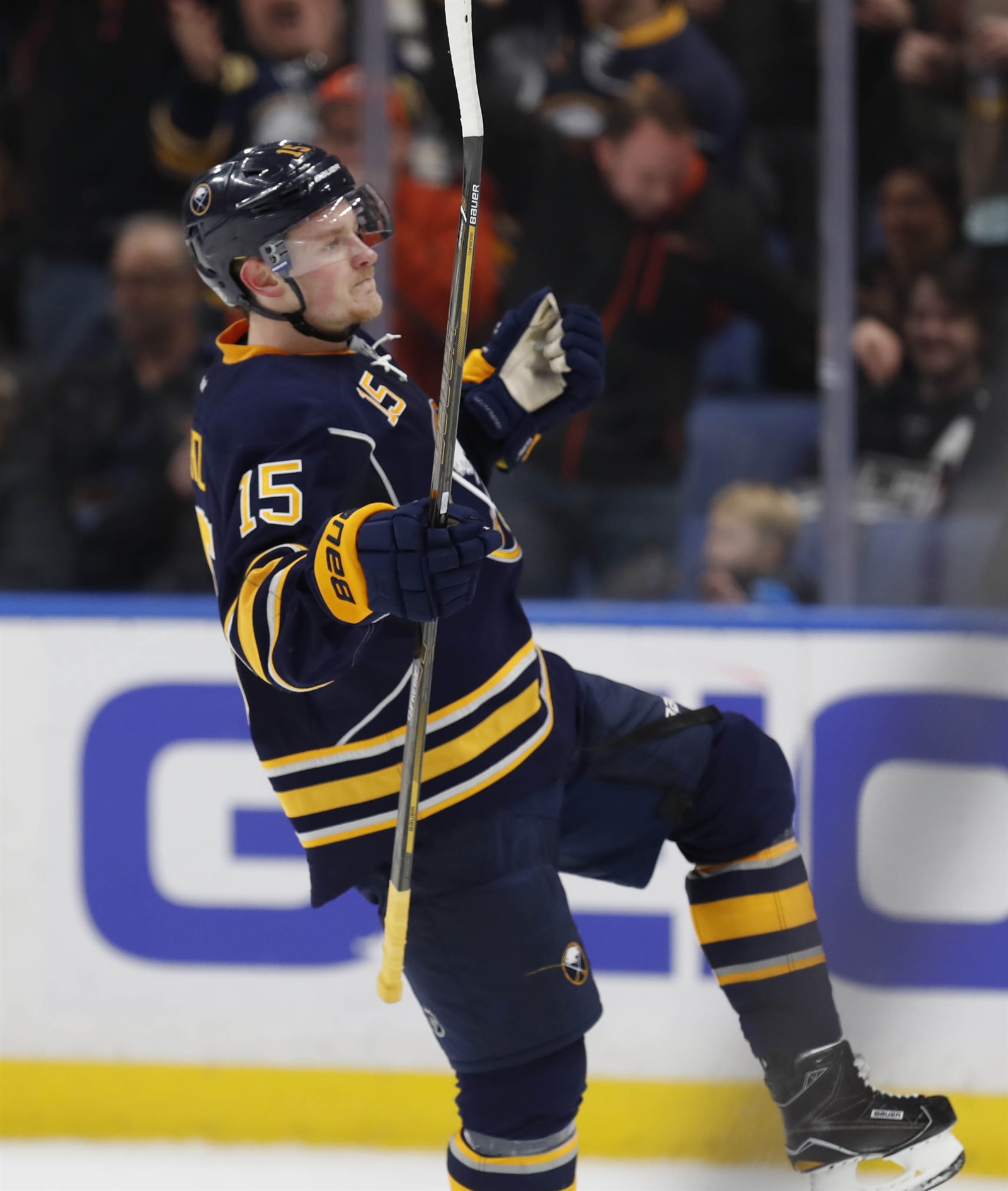 Botterill knows the influx of youth in organizations has necessitated changes in communication. It’s not just the players who need to know what’s going on. It’s everyone around them.

Though Botterill has been in Buffalo for just two weeks, he’s impressed with the resources at the players’ disposal. There are chefs, dieticians and sports scientists to help them off the ice, plus development coaches and analytics people to assist them on it.

“From dialogues with some of our players, they’re certainly not happy where the team is at right now, and they think there’s more just from an individual standpoint and from a team standpoint,” Botterill said. “We have the people who want to do it. We have to give them a little bit of direction.

“The great thing about this organization, and I’ve been blown away in the first week here, is just the resources that are available to the players. There’s analytics, whether it’s sports science, and it’s making sure our players utilize these resources to the fullest.”

Poll: Who should be the Sabres' next captain?