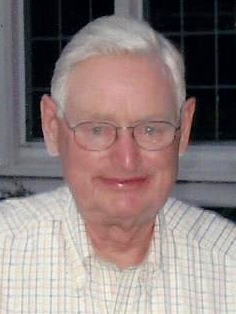 George F. "Nick" Phillips Jr., a distinguished investment manager for more than six decades, died Thursday at Buffalo General Hospital after a short illness. He was 85.

Born in Buffalo, Mr. Phillips was the namesake son of George F. Phillips Sr., an early partner in Phillips Lytle LLP, and Mary Weston Phillips. He was a graduate of Nichols School and Groton School, and graduated from Bowdoin College in 1954, the same year he entered the U.S. Army.

Mr. Phillips left the military in 1956, having achieved the rank of 1st Lieutenant in the Army Transportation Corps. He then began his long career as an investment manager, working well into his ninth decade.

He also served on the boards of the Albright-Knox Art Gallery, the Shaw Festival and the Saturn Club of Buffalo, of which he was also a former dean.

His roles in the community reflected his interest in the arts and history. He also enjoyed skiing, hiking, photography and travel, and he grew orchids.

Mr. Phillips and the former Carin Wyckoff were married in June 1982. In addition to his wife, he is survived by stepsons Robert, Stephen and Carter Kohlmeyer; his sister, Lydia Laub; one brother, Westy Phillips; and five grandchildren.

Funeral services will be at 11 a.m. Tuesday at Trinity Episcopal Church, 371 Delaware Ave., where Mr. Phillips was a lifelong member.

Matt Gryta– Matt Gryta covered city police and crime for The Buffalo News.
There are no comments - be the first to comment