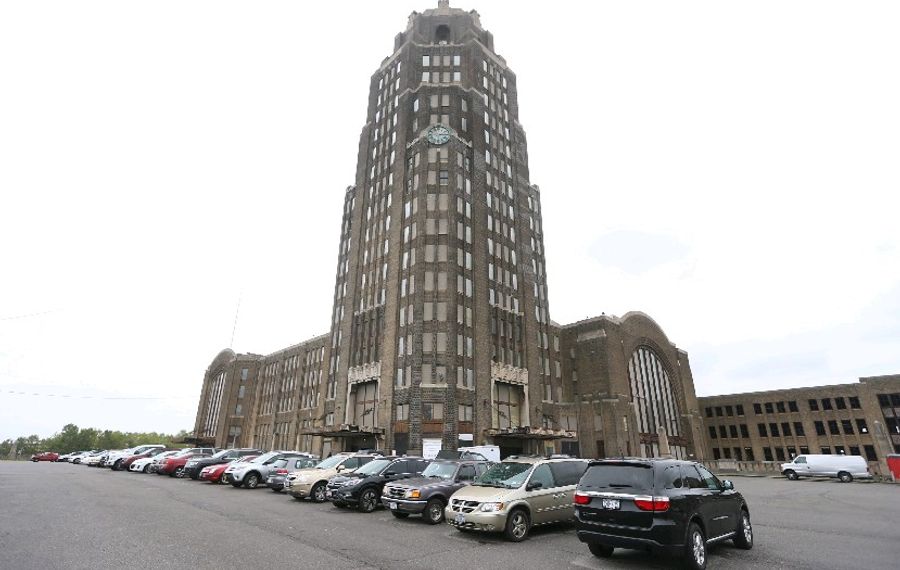 Some buildings are deeply associated with a city.

The beloved Fellheimer & Wagner-designed Central Terminal, which rises 17 stories above the East Side, is one such place for Buffalo.

Families said goodbye there to loved ones departing for military service during World War II, and later the Korean and Vietnam wars.

Many immigrants who settled in Buffalo stepped foot in their adopted city for the first time at the Central Terminal.

The platforms are where passengers, for 50 years between 1929 and 1979, boarded iron horses to travel around the country.

After Amtrak departed, the art deco buildings fell into disrepair, victimized by an inattentive city administration, poor private ownership, vandalism and the march of time.

Today, the enormous complex – which includes a concourse, tower building and baggage building – has urgent repair needs. The cost of the repairs is estimated from tens of millions of dollars to upwards of $100 million.

A Closer Look: The Central Terminal

Although a recent push to site a new train station there was unsuccessful, the effort brought renewed attention and political expressions of support.

In June, the Urban Land Institute, a research and education organization, will convene a team of land-use experts in Buffalo to consider future uses for the Central Terminal. Meanwhile, a Canadian developer who until earlier this month was in late-stage negotiations to buy the building is waiting in the wings.

The Central Terminal remains the last major historic building in Buffalo yet to be preserved. Will its location on the impoverished and mostly African-American East Side continue to work against it, as many supporters believe? Or is there really a second act ahead for the landmark?

Stay tuned – an answer appears closer than at any time in decades.