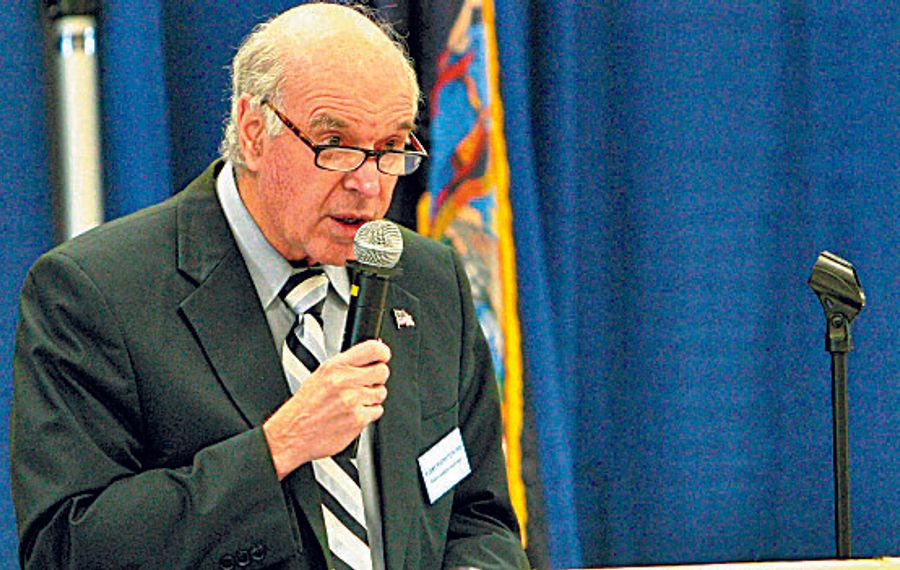 Some things ought to go without saying for leaders of government institutions, and one of them is that the taxpayers who fund your paychecks have a right to know what you are doing.

In that regard it was heartening, in a way, that most of 16 municipal leaders responded quickly and affirmatively to a Freedom of Information Law request for their 2016 calendars. That’s the glass-half-full response.

But it was discouraging that when the Buffalo Niagara Coalition for Open Government made a legal request for calendars and schedules on Feb. 13, one-third of those elected officials “claimed they do not keep a schedule/calendar of their government-related activities, when a FOIL request was made for the information,” according to a report released Wednesday by the coalition.

But on the subject of his schedule, he is overlooking a critical point. Weinstein had already thrown out his 2016 calendar, the target of the coalition’s request, by the time the request was filed. That may well have been an innocent, if unwise, effort at house cleaning, but in other contexts it would be suspicious. Why not file away the calendar, which is, in fact, a public document?

To be sure, the law was on the side of those public officials who were unable to comply with the request. State law does not require government agencies to create – or re-create – documents in response to a request. Then again, it doesn’t require them to use common sense, either.

This problem could be easily solved with nothing more than a greater commitment to openness. All public officials, especially those in chief executive positions, should keep an electronic public calendar. That avoids whatever problem may be associated with stashing previous years’ calendars.

There are also ways to avoid the preposterous $106 fee that North Tonawanda charged the coalition for the 427  pages of  Mayor Arthur G. Pappas’ 2016 schedule. The file was too large to email, the deputy city attorney said, but there are other ways to deliver a large electronic file.

This may seem like much ado about little, but it actually represents a fundamental failure of understanding. If public officials don’t even comprehend their obligations, and why those obligations are important, then open government suffers. Mayors and town supervisors occupy public offices of significant influence. That confers special requirements, even if the law hasn’t yet made that clear.

Of course, the law could do that. New York’s laws on open government are better than those in many states, but it’s time for them to be reviewed. Retention of calendars and schedules is only one area that bears reconsideration. Another is enacting appropriate penalties for willfully violating those laws that do exist. As it stands, government leaders can, and do, ignore those laws with impunity, so insufficient is the consequence.

Until then, city councils and town boards can establish their own rules, demonstrating to their residents that they are attuned to the special requirements of public service. There is nothing to stop them from doing that.

And in the meantime, those same people can just make up their minds to do better. That would be a good start, and one that voters would surely appreciate.