Hydrangeas, lilacs and sugar and spice foamflowers are among the 18 plant varieties that will add a new touch to Kenmore Mercy Hospital this summer.

Visitors will be able to visit a new healing garden lined with lanterns, wooden tables and benches, and take a seat near a bubbling, obelisk-style fountain. Five “rocks” sprinkled among the foliage – actually speakers – are tuned to an online ambient meditation music station.

“It’s about coming in, finding yourself and relaxing,” said Gary Constantino, facilities planner with Catholic Health.

The space is named for John M. Repetski, who moved back to his childhood home in Riverside after serving in the Marine Corps during the Korean Conflict and remained there for decades to care for his father, Samuel. He never married, made his living as a metallurgist at the General Motors’ plant on East Delevan Avenue and became a savvy investor during his lifetime. 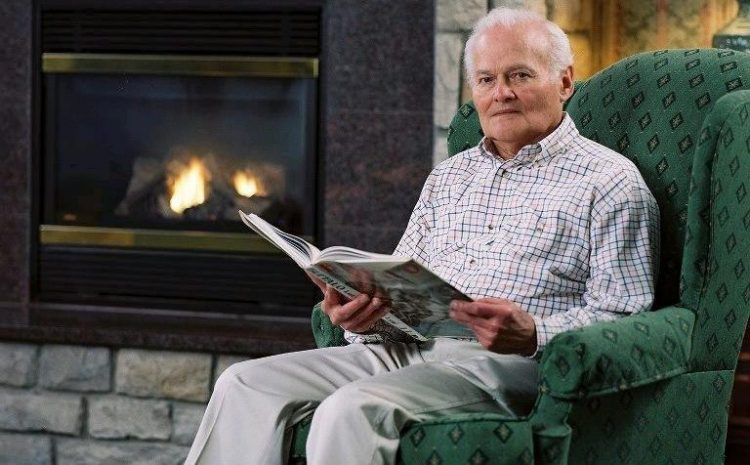 Repetski, one of six siblings, moved into a senior apartment at the Beechwood Continuing Care Community in 2000 and died two years ago at age 86 – leaving $2.3 million to Kenmore Mercy Hospital, and a six-figure donation to the senior community in Getzville, which includes the Asbury Pointe apartment complex where he lived.

“It puts into reality what an individual can do,” said his sister, Barbara Sawdye, of Savannah, Ga., one of three siblings back in town in recent days for two dedications – one for the garden last weekend, another this for an expanded Friendship Walk on the 23-acre Beechwood grounds. 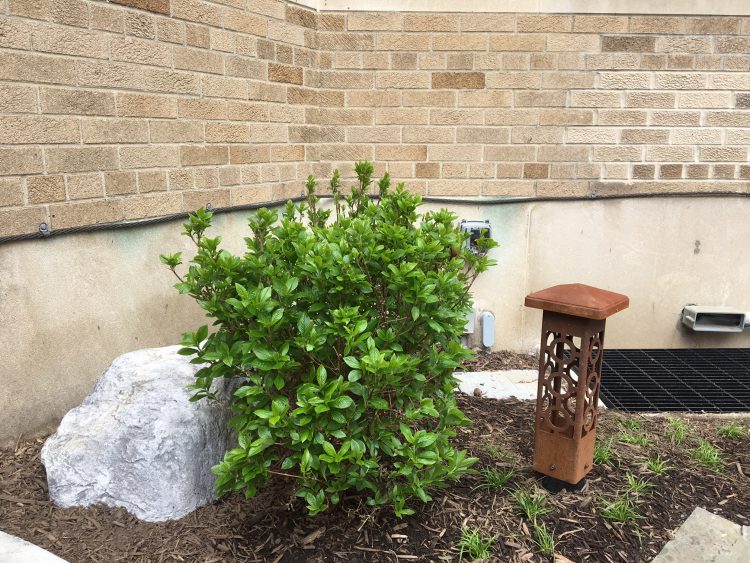 "Rocks" like this one in the John M. Repetski Healing Garden, contain speakers that play meditative music. (Scott Scanlon/Buffalo News)

“He came to love the campus, Beechwood and Asbury,” said Cheryl Wasson, director of development and marketing for the continuing care company.

Repetski walked the grounds daily, unless the weather was completely unbearable, Wasson said. Thanks to his donation, contractors in coming weeks will double the width of the Friendship Walk to 8 feet – wide enough for someone to walk alongside a loved one in a wheelchair – and connect it, including with a bridge, between the Beechwood skilled nursing home and Asbury Pointe.

A meditation and flower garden for picnicking also has been added.

“People can walk the entire campus” along woodlots and ponds, Wasson said.

“We wanted to do something that would be a lasting gift," she said. "It will be, every time somebody walks the John Repteksi Friendship Walk. He was so respected and so well liked. Such a gentleman. So charming. Very humble.” 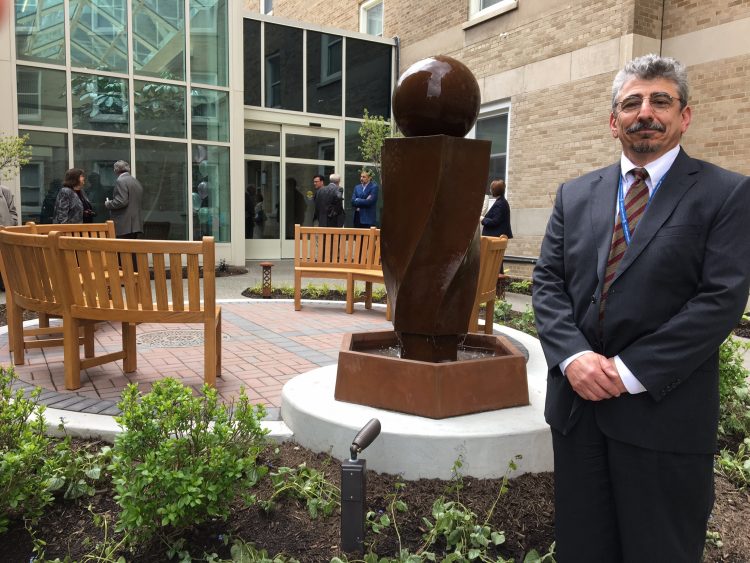 The Kenmore Mercy John M. Repetski Healing Garden, sandwiched between the north side of the hospital lobby and ambulatory care center, is an evidence-based design built to ease a visitor's stress, boost mood and improve staff and patient safety.

"It's all science in this garden," said Constantino, corporate director of the Catholic Health Offices of Facility Planning, Design, Construction and Corporate Real Estate.

Environmental Design and Research of Syracuse was the landscape architect; Grandview Construction in Tonawanda the general contractor. 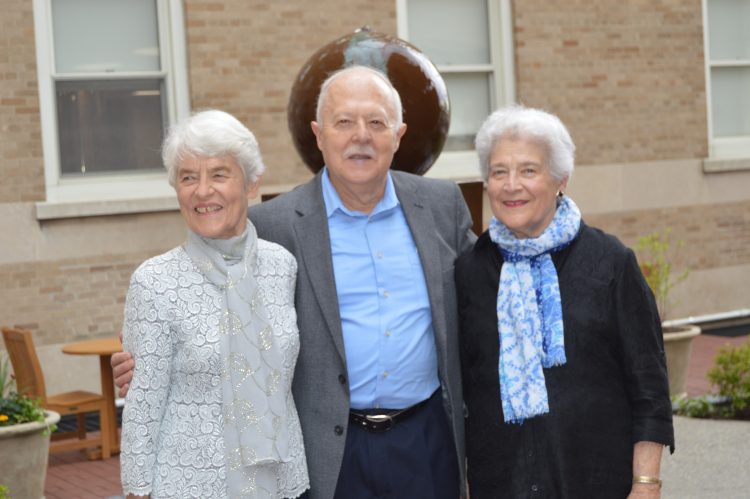 A dozen of Repetski's family members – including three of four of his surviving siblings – attended the garden blessing and dedication.

All were impressed, said Sawdye, who visited and traveled with her brother often, especially in recent years.

The family was surprised when they heard about the hospital and senior community donations, she said, though not completely.

"When we were talking about wills years ago, he said to me, 'I don’t know. I’m amazed at how much I have,'" Sawdye said. "I had no idea. He didn’t tell me. He said, 'I’m not quite sure how I’m going to do this.' I said, 'The money is yours. Nobody has any demands on it. This is your opportunity. If there’s something special you want to do, this would be the time to do it. Who’s to say you can’t?'

"It does make sense because I knew how he felt about things. He was a very devout Catholic and he had his principles and his high ethics.

What would he have made of the healing garden?

"Every spring, he started his own healing garden in Riverside," his sister said, "so this is just so appropriate. He would experiment because he had a shady area and a sunny area on a corner lot at Mayer Avenue and Rano Street. It was a riot of color and it was always fun.

"I think he experienced the feelings you’ll feel here without realizing the value and the calming effect a garden has."