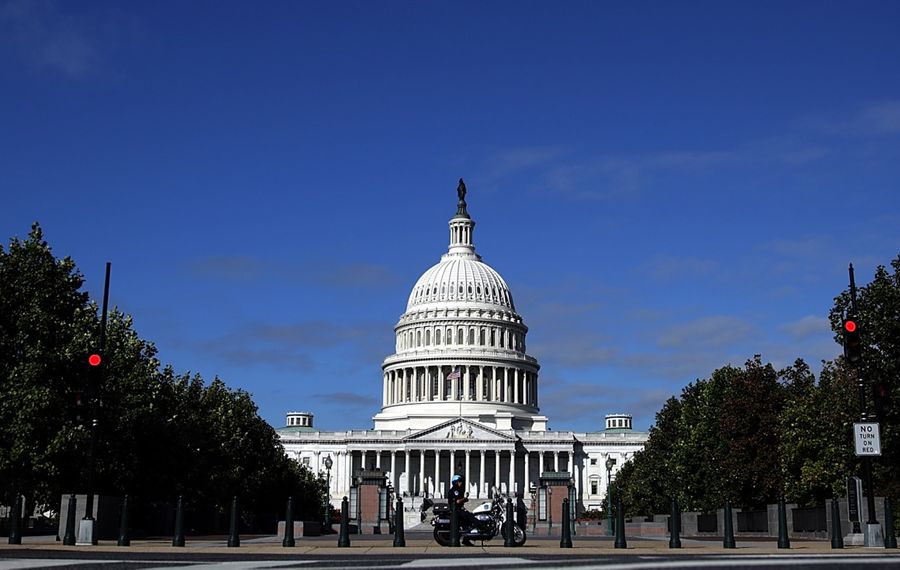 While lawmakers voted, the Justice Department appointed former FBI director Robert Mueller as special counsel in charge of the investigation of Russia's meddling in last year's election and any connections it might have to President Trump.

Collins, one of Trump's most loyal defenders, offered a response to Mueller's appointment.

"I was not pushing for this, that's correct," Collins told reporters before getting on an elevator. "But now it's happened, so there you go."

Lawmakers on the House floor had heard about the Mueller appointment and reacted positively to it, Collins said.

"I don't know him, but I picked up off the House floor that most members respect him," Collins said. "I haven't heard anybody say he shouldn't be special prosecutor."

Told of that report, Collins said: "I would call that one of those ... a bad joke."

Collins' exchange with reporters was typical of a topsy-turvy week on Capitol Hill, where reporters chased down reactions from lawmakers just catching up with the news – and tried to catch lawmakers who didn't want to comment on the controversies coming out of the White House.

Rep. Tom Reed, a usually affable and accessible Republican lawmaker from Corning, brushed past reporters just off the House floor on his way to voting.

Sent a series of detailed questions – about Trump's release of classified information to Russian officials, and fired FBI director James Comey's allegation that Trump asked him to back off an investigation of former National Security Adviser Michael Flynn – Reed responded with a brief statement.

“It’s only right that the committees of jurisdiction review any relevant facts and determine whether to conduct any investigation," said Reed, who has supported Trump since early last year. "At this point, we have not seen the Comey memo that allegedly makes these claims and it is not fair to respond to hypotheticals.”

Collins responded to some of the same questions, before Mueller's appointment and the news about McCarthy.

Regarding Trump's release of classified information to Russian diplomats, Collins said: “The media frenzy regarding the president’s conversation with Russian officials is based on anonymous sources and speculation. The president is within his authority to disclose information in a manner he deems appropriate. I would defer to the White House for rationale behind this or any other disclosure."

Collins did not respond in depth to questions about Comey's allegation, in memos, that Trump pressured him to go easy on Flynn.

That report, in the New York Times on Tuesday, prompted Democrats to spend much of the day Wednesday insisting that a special prosecutor be appointed to oversee the Russia investigation.

"Former Director Mueller is exactly the right kind of individual for this job," Schumer said in a statement. "I now have significantly greater confidence that the investigation will follow the facts wherever they lead."

"Important step in the right direction. We need to get to the bottom of this mess," she tweeted. "This only happened because regular people raised their voices. Advocacy matters."

Rep. Brian Higgins, D-Buffalo, was traveling back to Buffalo and unable to comment Wednesday evening. But earlier in the day, he made a strong push for an independent investigation of Trump and Russia.

In the corridors of power, fears of a presidency out of control

He said an independent probe is necessary before the House should even begin to consider impeaching Trump.

“We better be sure that political calls for impeachment are backed up by rock-solid evidence of obstruction of justice or official misconduct,” said Higgins.