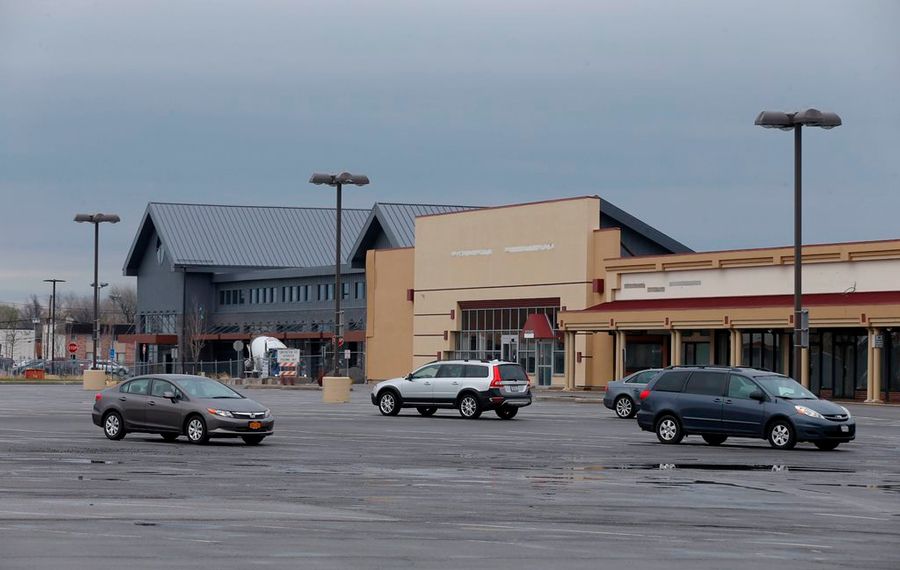 WS Development has a picture on its website of a bustling shopping plaza in Amherst with two rows of shops lining a packed parking lot. The Massachusetts-based developer calls it a "highly visible retail destination" that hosts the region's only Whole Foods.

The reality at the former Northtown Plaza is far different.

Although Whole Foods is under construction and is scheduled to open this summer, most of Northtown's storefronts sit empty. Six tenants remain, including a hair salon and a butcher shop.

"The plaza definitely needs to have some life breathed back into it," said Michael Baer, who, with his wife, owns the Northtown Plaza Fantastic Sams and three other salons in the area.

As shopping centers across the country struggle and online retailing grows, shoppers wonder what will happen to one of the region's oldest and most visible retail centers. WS Development, a major national owner of shopping centers, bought the Northtown Plaza two years ago and initially talked about spending as much as $75 million to transform it.

The developer has nudged out tenants that don't fit with its vision – not an unusual step when an owner attracts a new anchor store and rebuilds a center. Observers expect the company will tear down existing stores to make way for new tenants.

But so far the company isn't saying much about what it intends to do. The developer declined an interview request.

"We continue to refine plans for the future phases of redevelopment and look forward to sharing details in the future," Sherri D'Alessandro, a WS Development spokeswoman, said in an email.

"I wish I understood. I wish they would talk to somebody," said Natalie Neumann, owner of Riverside Men's Shop, which moved this month from the plaza to a new store in Depew. 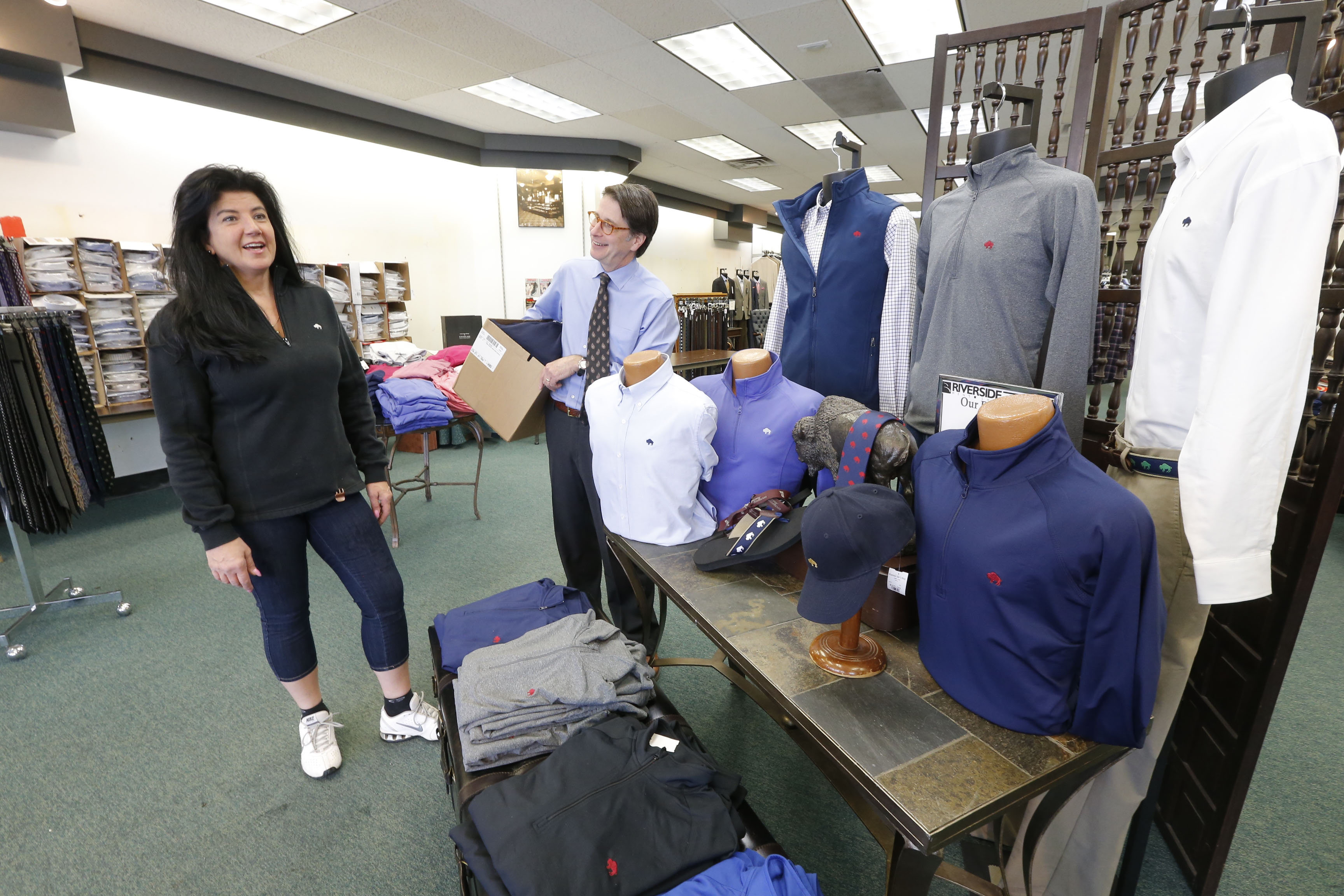 When WS Development came to Amherst, the two rows of stores and retail space that make up the Northtown Plaza largely were filled.

But over the last two years, restaurants, service outlets and mom-and-pop retail shops have moved or closed.

The Erie County Auto Bureau left for a plaza in the Town of Tonawanda. The Screening Room movie theater decamped to the Boulevard Mall. My Tomato Pie opened a new restaurant in north Amherst. C-K Nail and Spa was the latest to clear out, reopening around the corner at 1060 Niagara Falls Blvd., in the last couple of weeks.

Located near the heavily trafficked corner of Sheridan Drive and Niagara Falls Boulevard, the plaza was built on farmland 65 years ago.

WS Development paid $18.5 million in 2015 for the 19-acre plaza, which has 375,000 square feet of space, or twice the size of the Walmart Supercenter on Sheridan Drive.

WS Development has a track record of success. The company, for example, paid $45 million in 2013 for Hyde Park Village, a six-block commercial development in Tampa, Fla., and has brought in a trendy mix of national and local retailers, such as preppy clothing store Vineyard Vines, according to the online magazine 83 Degrees.

But at Northtown, the only sign of progress in the plaza is the construction on the $15 million Whole Foods, where work began last summer.

WS Development at one time approached the Amherst Industrial Development Agency about obtaining tax breaks to subsidize the cost of the development. Under agency policy, retail stores don't qualify for tax breaks but "tourist destinations" do.

David S. Mingoia, the agency's executive director, said IDA officials tried to steer the developer toward converting the plaza to a mixed-use development.

The developer has offered to buy out Baer, who has a lease that runs through 2023. He said he is in negotiations to exit the Northtown Plaza and move to a building near the plaza. 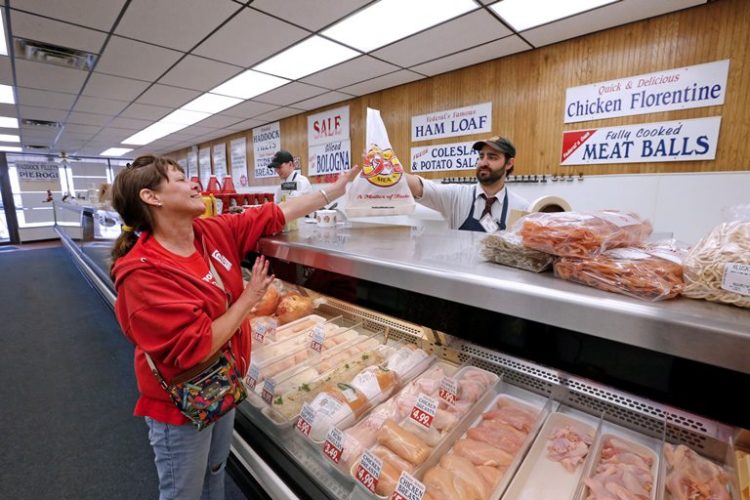 Federal Meats, an original tenant in the plaza, has a month-to-month lease but hasn't had much communication with WS Development. It's not easy to move a butcher shop, because of all of the coolers and the display cases, said Patrick Patterson, the store manager. But he said he knows that day is coming as Whole Foods gets closer to opening. "That's the last thing they want is any competition," said Patterson.

As other tenants left the plaza over the past two years, business became "extremely challenging" for Riverside Men's Shop, said Neumann.

"The bright side? Plenty of parking," quipped Tom Lanighan, the store's sales manager. 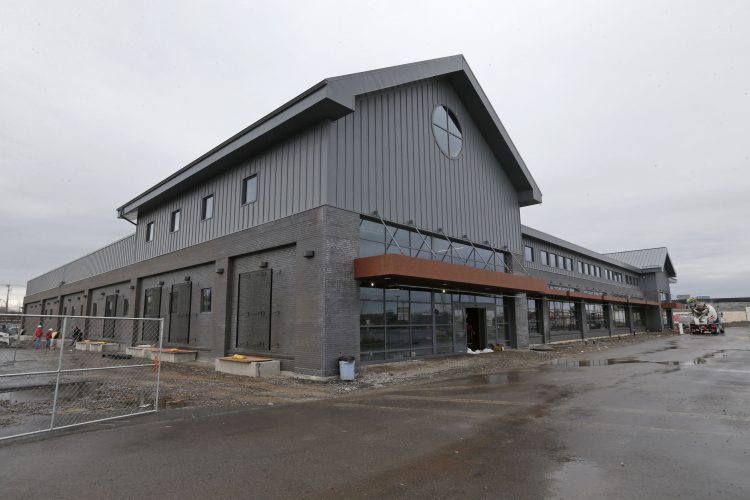 Plans filed with the town for Whole Foods show typical features, such as a bakery and extensive space for prepared foods. But the Amherst Whole Foods also would boast a casual restaurant serving food and beer, a bocce ball court and a "living wall" of plants on the roof.

Whole Foods and WS have said the store will be ready to open this summer. Representatives of both companies declined last week to provide an update on the construction.

Nationally, the organic grocery chain is mired in a prolonged sales slump and is under pressure to draw in new shoppers and shake off its reputation for high prices.

Whole Foods used to dominate the natural and organic food marketplace, but Kroger and even Walmart have jumped into that space nationally, said Chuck Lindsey, an associate professor in the University at Buffalo marketing department.

"They're not the only game in town anymore," he said.

The company has scaled back expansion plans across the country, Lindsey said, but so far has not said the Amherst store is affected.

"Things are still on track," Ted Kwong, a Whole Foods spokesman, said in an email.

The clearing out of the Northtown Plaza comes at a time of growth – and uncertainty – for major retail centers along the Niagara Falls Boulevard-Sheridan Drive axis.

"You look down that street, it's a big improvement from what it was 10 years ago," said David Schiller, associate broker with Pyramid Brokerage Co., which has listed the former Boulevard Mall Sears.

A smaller-scale example of a retail revival on Sheridan is Benderson Development's Piccadilly Plaza, at North Bailey. That's where the Taste of India restaurant moved after leaving Northtown Plaza. Benderson bought the plaza in late 2015 and started fixing up the exteriors of the storefronts and making other renovations late last year, said Eric Recoon, a vice president of development and leasing. Benderson built new standalone buildings for Starbucks, Sleep Number and Dickey's BBQ.

"We felt very strongly about the underlying real estate – fantastic location – but a meaningful investment was needed to bring it to a standard we feel comfortable with, as well as to attract new national tenants," Recoon said.

Back at Northtown, as Patterson offered made-from-scratch chicken noodle soup to a visitor to Federal Meats, he said he looks forward to seeing something happen.

"If they do what they say they're gonna do," he said, "it'll be quite a destination."