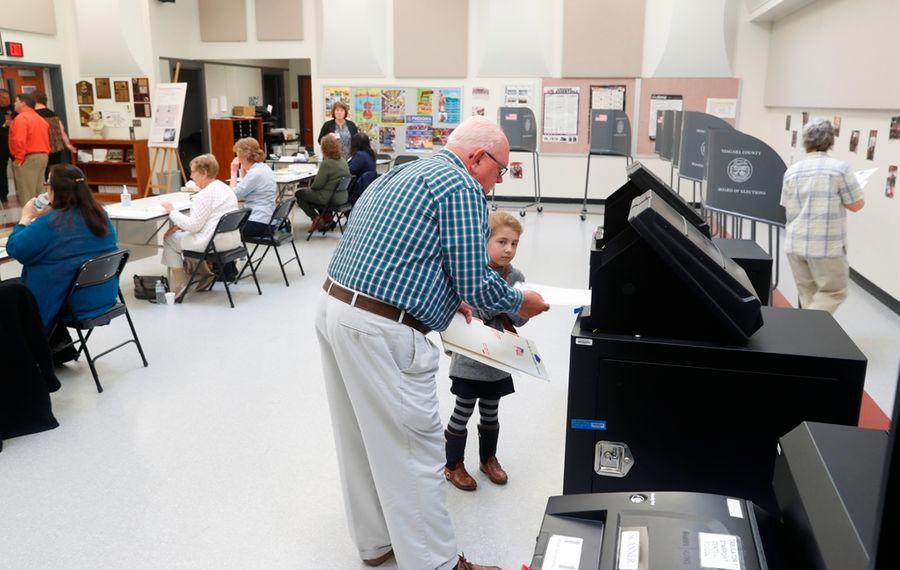 Voters approved every school district budget in Erie and Niagara counties Tuesday in an election that saw the power of teacher union endorsements continue to be strong across the region.

Three budgets needing the supermajority to pass got over the 60 percent mark: In East Aurora, Maryvale and Niagara Falls.

In Lewiston-Porter, the race was too close to call for one of the two seats.

"We are only able to verify that Lance Dickinson has won a seat on the board, but unable to verify the other seat at this time," the district said in a statement Tuesday night.

Two other candidates for the Lew-Port board last week disavowed a racist flier that endorsed them that was found in some home's mailboxes. 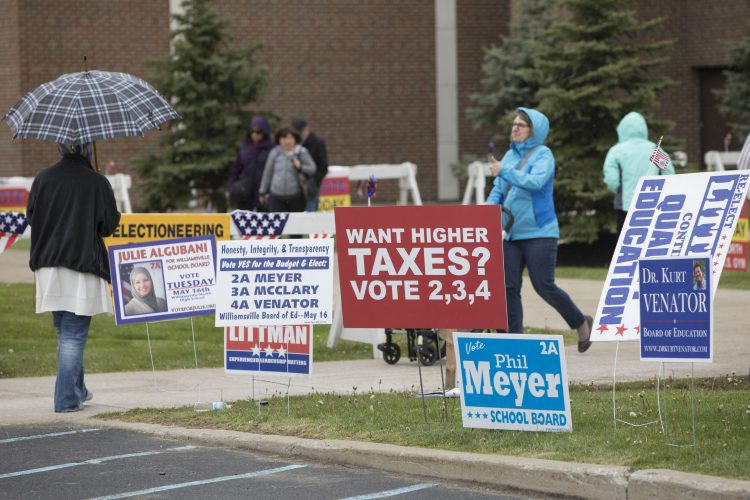 Williamsville voters pass a sea of campaign signs as they come and go from the polling place in the Williamsville North High School gymnasium, Tuesday, May 16, 2017. (Derek Gee/Buffalo News)

The teachers union in Williamsville on Tuesday maintained its perfect record since 2015 of helping to elect its preferred candidates to the School Board.

Williamsville teachers union hoping to elect its candidates for School Board

Philip S. Meyer, Susan D. McClary and Kurt R. Venator in July will join the nine-member board, which already includes six members endorsed by the Williamsville Teachers Association. Meyer and McClary each had 21 percent of the vote in the crowded field of seven candidates for three seats while Venator won 22 percent of the vote. The next closest candidate, Michael J. Littman, had 12 percent.

"I feel very thankful for the support I received from the community, from the teachers, from the administrators," Venator said shortly after results were read in the Williamsville North High School gymnasium. "Obviously, I'm very passionate about my own experience here in Williamsville and my kids' experience. I'm looking forward to continuing the legacy of academic excellence and professional development."

The teachers union spent $7,800 for palm cards, postcards, signs and ads supporting the district's $186.1 million budget for 2017-18 and its three endorsed candidates, according to the district.

Union-endorsed candidates in West Seneca, including incumbents Janice Dalbo and Carol Jarczyk along with Diane Beres won election, swinging the board majority. Matthew Poole failed to win a seat in West Seneca, but the 18-year-old high school senior came in fourth in an eight-way race. 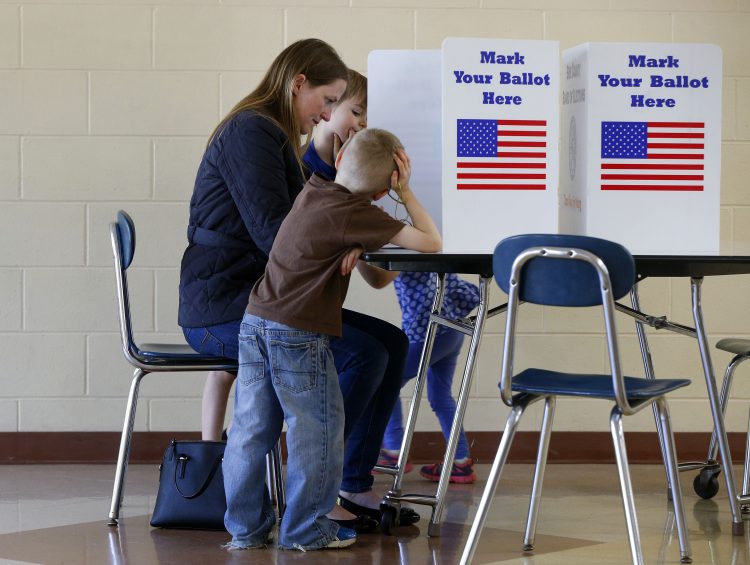 The average tax levy increase in the 37 school budgets voted on in the two counties is 1.8 percent, and that apparently sat well with voters.

Spending in East Aurora's budget was to go up 4.9 percent, while the tax levy will go up a hefty 6.9 percent, well over the district's 1.3 percent tax cap. The budget was approved with 61.6 percent of the vote. 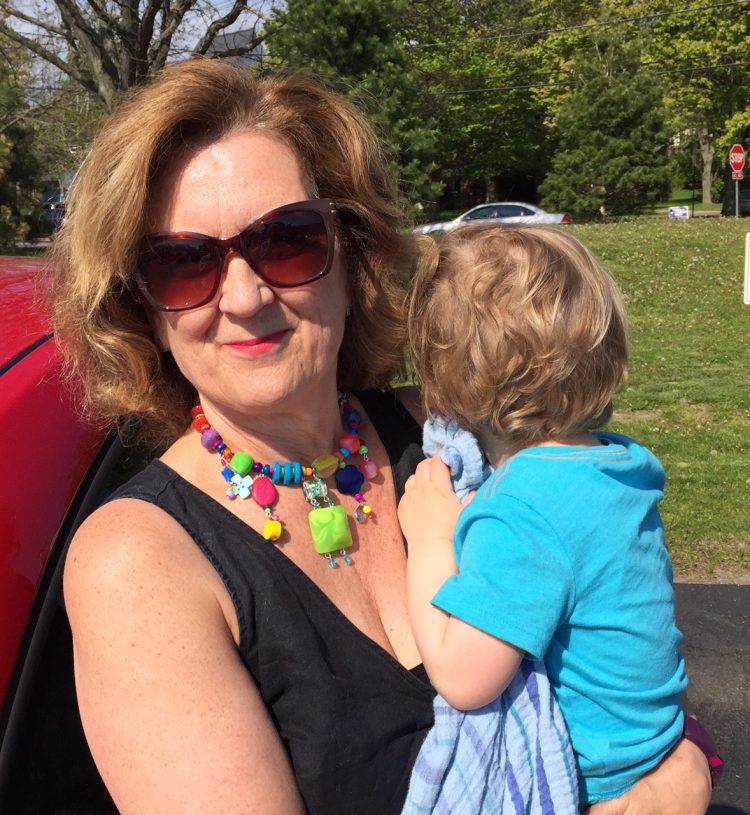 Rachelle Francis of East Aurora was one of those voting for the budget.

"I want to support the school system," she said outside the middle school Tuesday after voting. But Francis, a music teacher at Orchard Park who is retiring this year, said she has some concerns about debt in the district.

"I'm concerned about putting forward any more bond issues until we get spending under control," she said.

The district is one of nine across the state that was in moderate fiscal stress. The monitoring system created by state Comptroller Thomas P. DiNapoli uses financial indicators that include year-end fund balance, short-term borrowing and patterns of operating deficits.

Anita Conron of East Aurora, who has lived in the district more than 30 years, voted no.

"I just feel we've got to draw in the reins," she said, comparing district finances to a household budget. "My husband always said 'Don't spend money we don't have.' "

"We feel as though we have an obligation to support the education system," Gerald Patterson said, adding about the tough budget, "I think it's a bad year."

The Pattersons, who have lived in the district nearly 50 years, said their six children were educated in East Aurora schools, and most of their grandchildren live in the district. 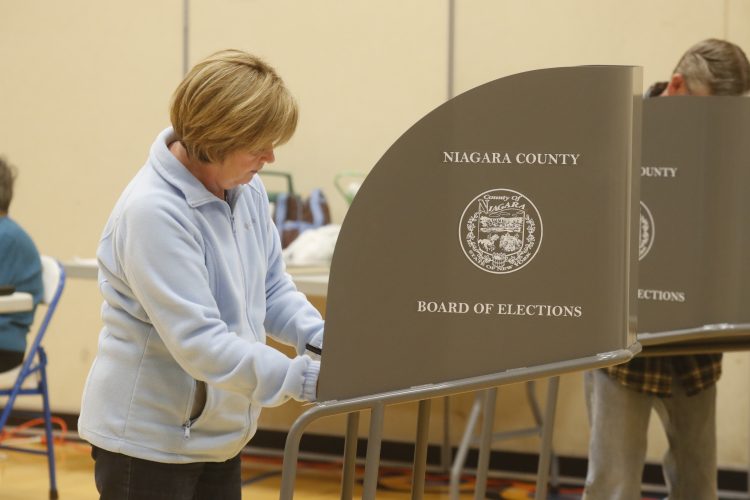 Alice Lane and her husband, Charles, vote on school budget at Lockport High School on Tuesday May 16, 2017. (John Hickey/Buffalo News)

With a low turnout, Niagara Falls school district voters approved a $140.9 million budget with an easy supermajority approval of 77.5 percent. The board offered a budget with no change in the tax levy, but the tax cap calculation required the district to cut taxes 1.1 percent to stay under the cap.

"I wasn't concerned about getting a supermajority because I knew we did a good job on the budget," Niagara Falls Superintendent Mark R. Laurrie said. But he said the tax cap law should be changed so districts aren't forced to cut taxes to stay under the cap. "That's a flaw in the system that has to be corrected," he said.

Diane McNamara, a voter at St. Raphael's Parish Center in the city's DeVeaux neighborhood, said she voted yes. "It would be nice for my taxes to go down, but the school district has to address the needs of the students, of the city," she said. 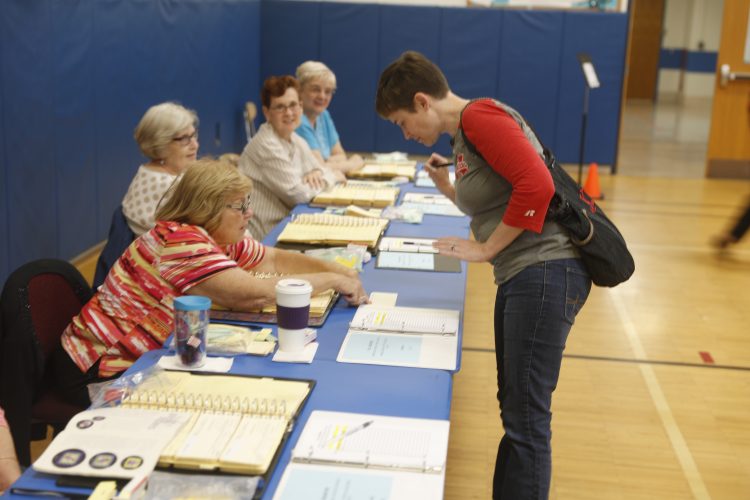 Dave Ruthenberg voted against the Maryvale budget, which was approved. Ruthenberg, who graduated from Maryvale and has three daughters, believes district spending has "spiraled out of control."

Ruthenberg also took exception to the salaries of the district's top administrators. He said that when it comes to trimming the budget, attention should be focused on them, not on after-school enrichment programs like music and intramural athletics.

Paul/Phyllis Tripi say yes in Maryvale: "My grandkids are all in sports. After-school activities are vital." #budget pic.twitter.com/4JQ7zhAKMC

Paul Tripi, who graduated from Maryvale in 1960, voted to override the tax cap in the district.

"My grandkids are all in sports. After-school activities are vital," he said.