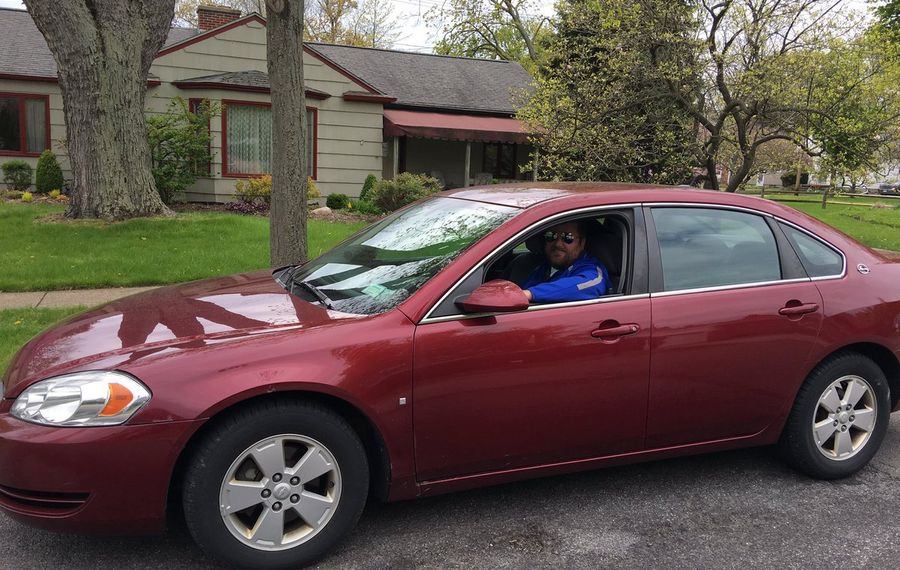 The Zimmerman Boulevard submarine sandwich standoff could end after this week.

John Pawlowski has eaten his lunch once a week parked in the same spot for the past 18 months, to the growing annoyance of at least one set of neighbors. Now, he is thinking about changing up his routine and may – reluctantly – find a new tree to eat lunch under in the Town of Tonawanda.

“I am torn,” Pawlowski said. “It feels like an admission of guilt.”

The Zimmerman house owner, Barbara Tucker, said she doesn’t mind his weekly visits. In fact, she didn’t even know about them. It was another couple on the street who followed Pawlowski back to his office to ask what he was doing on their street. And another neighbor later called the police on him.

If you think that’s odd, well, this is Tonawanda, where a love of subs and participation in neighborhood watch groups are both strong.

“That’s life in the Town of Tonawanda,” said Leonard Lenihan, whose political career included 20 years representing the town in the County Legislature.

It all started about a year and a half ago, when Pawlowski started ordering a sub once a week at Tailgate Deli on Delaware Road. Pawlowski always orders the same sub –  a ham and turkey sub with Swiss cheese and lettuce, no mayo or oil – then heads north on Delaware Road, turns right on Zimmerman and stops after about 50 feet in front of the same house.

The 35-year-old Lancaster resident said he doesn’t want to eat his lunch in the sub shop, and he doesn’t want to take it back to his office in the City of Tonawanda. He wanted a nice, peaceful spot where he could park in the shade and take a break for 15 or 20 minutes. Once he found one, he returned week after week.

Everything went fine until about a month ago, when a couple followed him back to work and confronted him in the parking lot at his office. The wife, who talked to The Buffalo News but would not give her name, said they watched him for a year. She said they remain unconvinced by Pawlowski’s explanation that he simply is eating a sandwich. They think it is rude of him to return to the street after they asked him to leave.

Tucker, the owner of the house by Pawlowski’s favorite lunch spot, said she had no idea any of this was happening outside her window. Tucker isn’t always home during Pawlowski’s lunchtime visits.

After The News posted this story online, someone identifying herself as Tucker went onto the paper's Facebook page to leave a comment saying she's sorry Pawlowski feels he has to move his lunch spot. "I want to suggest that he park his car where he always does and sit on my porch in a comfortable chair to eat," she wrote, a message that drew 28 almost unanimously positive replies and 525 "likes" in response as of 9:30 a.m. Wednesday. 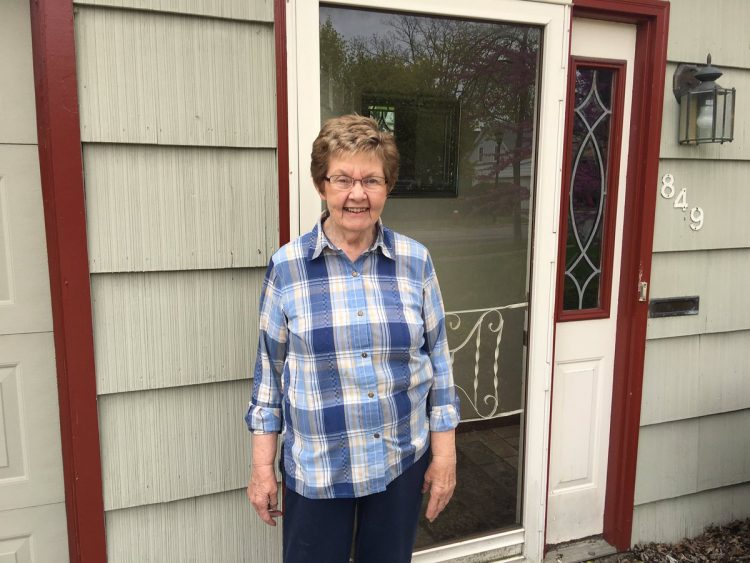 Barbara Tucker stands outside her house on Zimmerman Boulevard in the Town of Tonawanda.

Veteran observers of town life and government said they're not surprised a man eating a sandwich caused such a stir.

The act of parking in the same place week after week for a year, or more, is going to draw notice, and people in the town pay close attention to unusual behavior in their neighborhoods, said Cal Champlin, who served many years on the Town Board and as town clerk.

The town is blessed with a lot of shady trees.

Champlin suggested Pawlowski could eat at Ellicott Creek Park, or Niawanda Park in the City of Tonawanda, public places where he won't be hassled by wary neighbors.

Tucker has her own preferred lunch spot when she grabs a bite to go on a nice day.

Injuries, not neighbors, to keep famous sub eater from lunch by favorite tree