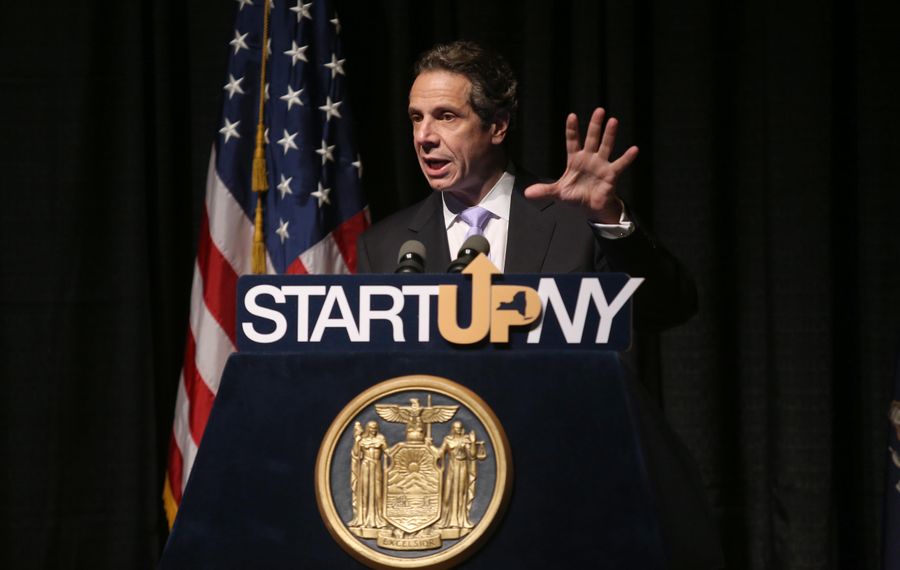 Members of the Senate and Assembly – urban, rural and suburban, liberals, moderates and conservatives, Democrats and Republicans alike – are demanding it.

So does the state comptroller, whose oversight was curtailed several years ago.

“People always support transparency, and I don’t think that will ever change,’’ Assembly Speaker Carl Heastie said in a hallway interview last week.

“The time is right to do it. There seems to be tremendous interest on the part of rank-and-file legislators to do something,’’ said state Comptroller Thomas DiNapoli, who is pressing for the most sweeping measure that would restore oversight abilities of his office over state contracts.

Six weeks remain in the legislative session, and Cuomo’s chances of beating back the Legislature’s new effort should not be counted out.

Cuomo says lawmakers’ efforts do not attack the real problems that can arise with contracting abuses. He used his constitutional powers and court rulings to swipe back against lawmakers’ bid to open more fully the books on state job creation programs. The budget agreement even weakened a key provision that had required annual job reporting disclosure of the Start-Up New York tax-free program.

But lawmakers are not shy about using the coming corruption trials involving state contracts – including the SolarCity project in Buffalo – as ammunition.

Federal and state investigations that led to corruption charges against eight individuals serve as a “troubling reminder that the lack of independent oversight for procurements creates an environment ripe for corruption, bid-rigging and kickbacks,’’ according to a legislative memo in support of the bill Assemblywoman Crystal Peoples-Stokes proposed. 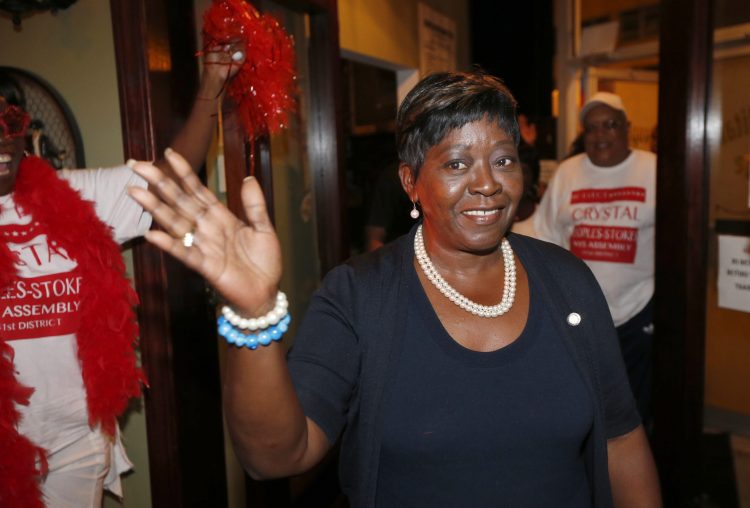 And DiNapoli, in a brief interview, twice brought up the federal case involving the Buffalo Billion and other projects.

“I’m not saying we could always stop those situations,” the comptroller said.

But restoring to his office pre-approval contract powers would send a message to potential wrongdoers that there is another set of eyes looking at procurement deals.

“There’s a deterrent factor,’’ he said.

* Restore public reporting of job creation – and job losses – in the Start-Up New York program, which has been criticized for lackluster job numbers despite its tax-free benefits to participants.

* Require volunteers who serve as advisers to the governor on regional economic development councils to publicly disclose information about their personal finances. These advisers help direct more than $750 million a year in state spending and there have been reports of money from the program going to companies associated with some volunteer panel members.

* Creation of a “database of deals,’’ which would be a searchable, exportable database of all government grants and other subsidies given to private companies.

In the past, the governor and his staff have said the legislators' motivation for oversight was a quest for more control over pork barrel spending. And Cuomo and his staff  have complained that state economic projects were marked by long delays, when legislators had more say.

"The Legislature managed economic development funds for Buffalo for 20 years, spent billions and accomplished nothing while Buffalo continued to decline," Richard Azzopardi, a Cuomo spokesman, said in January.

Cuomo also has pushed back on attempts to give the comptroller more oversight and audit powers over procurement deals.

"I proposed the real procurement reform,’’ Cuomo recently told reporters in New York City, according to a transcript provided by Cuomo’s office.

The “problem has been a criminal violation problem,’’ not an audit problem, he said. But lawmakers rejected his plan, including addition of an investigator to oversee state procurements, during the budget talks, he said.

“If you try to treat it as an audit problem, it means you’re avoiding what (it) really is, which is a fraud and problem of criminality,’’ Cuomo said.

They say the oversight powers stripped from the comptroller could have prevented the procurement problems – federal prosecutors called it “bid rigging” – in the Buffalo Billion program.

Giving DiNapoli broader oversight abilities will help prevent or at least deter these crimes, said John Kaehny of the watchdog group Reinvent Albany. The comptroller’s oversight would leave the state less exposed to having to “clean up a mess after it happens,’’ he said.

Reinvent Albany also wants a broader range of contracts subjected to the comptroller’s approval and for New York to join six other states that provide a database of subsidies given to individual firms.

“I think it would be politically wise for the governor to want to pass reforms before there is a drip, drip, drip of bad news from the trials,’’ Kaehny said of the federal corruption trial expected to begin in October.

There is widespread support among legislators for the greater oversight.

Lawmakers had their best chance for success during this spring’s state budget talks. In January, lawmakers were insistent that economic development program changes would be included in the 2017 budget. When the dust settled, none of the changes both houses had said were priorities was included.

“I’m disappointed the reporting requirements were changed in the budget,’’ said Sen. Phil Boyle, a Suffolk County Republican and chairman of the Senate’s economic development committee.

Boyle last week introduced in the Senate a same-as bill submitted by Assemblyman Robin Schimminger, a Kenmore Democrat and the Assembly’s economic development chairman. Their bill would restore and expand the job reporting requirements of Start-Up New York.

Schimminger, who has battled for several years with Cuomo over job creation programs, said the governor has stood in the way of oversight and transparency.

“Session is coming to a recess point. The trials are going to begin, and the last thing legislators want to be asked by constituents as these trials are going on this fall is: ‘What do did you do Mr. Assemblyman or Mr. Senator to prevent this from happening again?’

“And the answer is nothing has been done. Why not? Because the governor has been blocking it,’’ he said.

“This is another smokescreen,’’ Richard Azzopardi said. If “Schimminger is serious about ethics reform” he should back efforts to make the Freedom of Information Law apply to the Legislature, enact term limits and stop special stipends awarded by legislative leaders to rank-and-file lawmakers.

“Schimminger’s hypocrisy is only matched by his ineffectiveness as manifested by the REDC’s success,’’ Azzopardi said, referring to the advisory panels known as Regional Economic Development Councils.