With only nine healthy players to suit up, the accomplished men's soccer team from Maryland put on a clinic on how to play shorthanded, downing the Buffalo & District Soccer League's Clarence Coyotes, 1-0, at Nichols School Sunday.

Hemmed in their end for the majority of the contest, Christos converted a set piece in the 14th minute to rattle Clarence. From a dead ball, midfielder Brian Graham curled in a driven cross from the right side, meeting Elton Joe's run toward the near post. The Christos striker took his chance first time, clanging a shot off the right post and in.

While the result credited rewarded a gutsy effort, intelligent soccer and a masterfully executed set piece, it also was a cruel ending for Clarence, which showed precious few ideas going forward.

The BDSL side's offensive approach to the first half emphasized width to involve Andrea Conte and Derek Maier, the 'Yotes' top flank players, as well as Prince Saysay, who had ample room to get forward on the left. Unfortunately for the home side, the ball moved too slowly from side to side, allowing Christos to shift over in time to snuff out attacks and clog the middle to thwart any service. 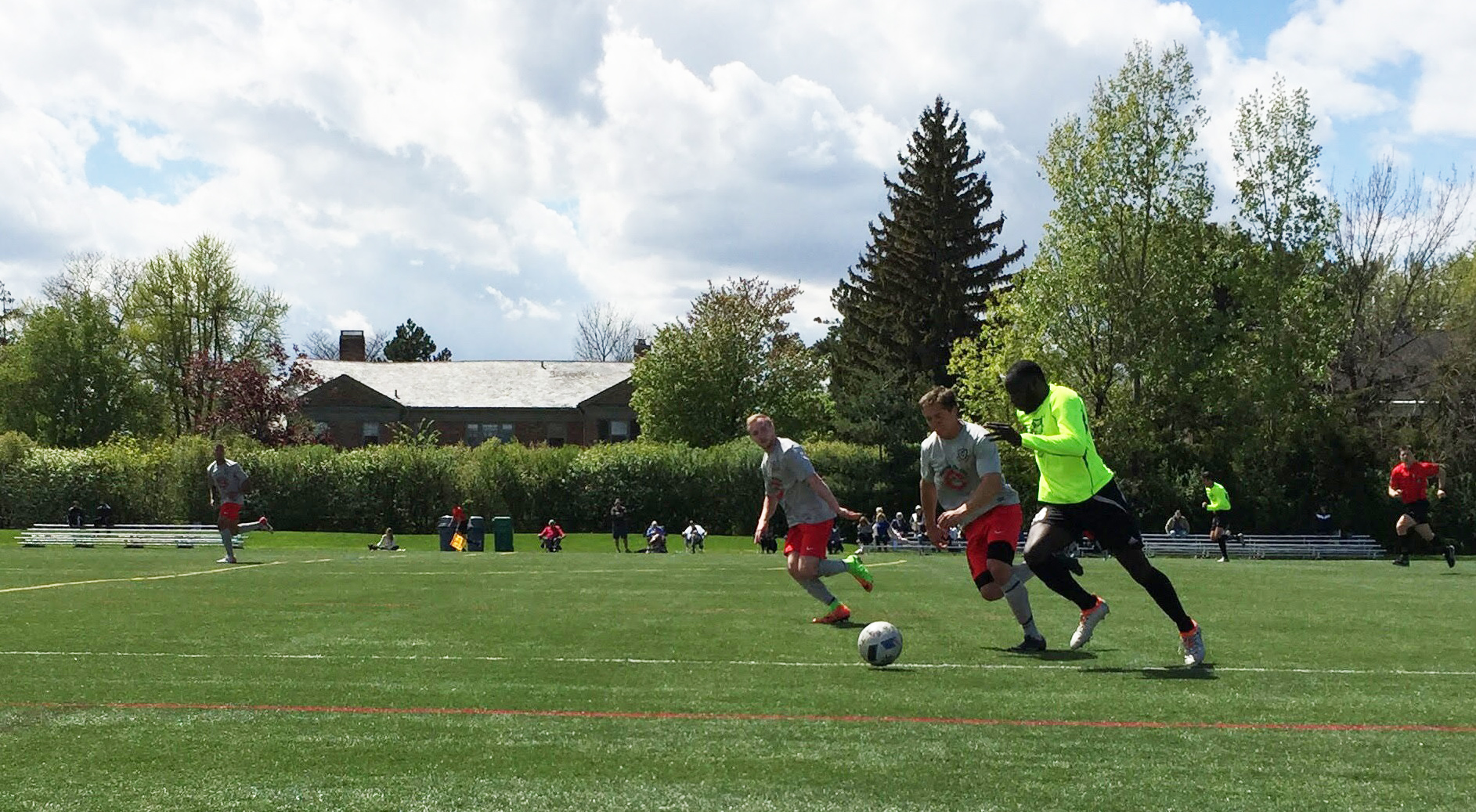 "The other team showed up with nine, and we thought we came in with a good strategy and we stuck to it, but opportunities didn't break [our way]," said Clarence manager John Siefert. "They got one chance, one opportunity and they buried it."

Christos were down players after their 3-0 win over National Premier Soccer League side Fredericksburg FC in the Lamar Hunt U.S. Open Cup on May 10 left three key players injured: Pete Caringi III, Vini Dantas and Juan Pereira were all crossed off the roster sheet for Sunday's clash.

Coyotes striker Tyler Hamill had the best chance of the first 45' for the home side, forcing Christos keeper Brad Benzing into a point-blank stop after Maier slipped free to the end line and served a low cross.

Halftime adjustments gave Clarence a different look in the second half, with Ryan Schroen moving from his center back spot to the right wing with the attention of getting him more involved in the attack. Content to sit in a bunker, Christos provided little room to exploit, forcing the Coyotes into more tinkering. 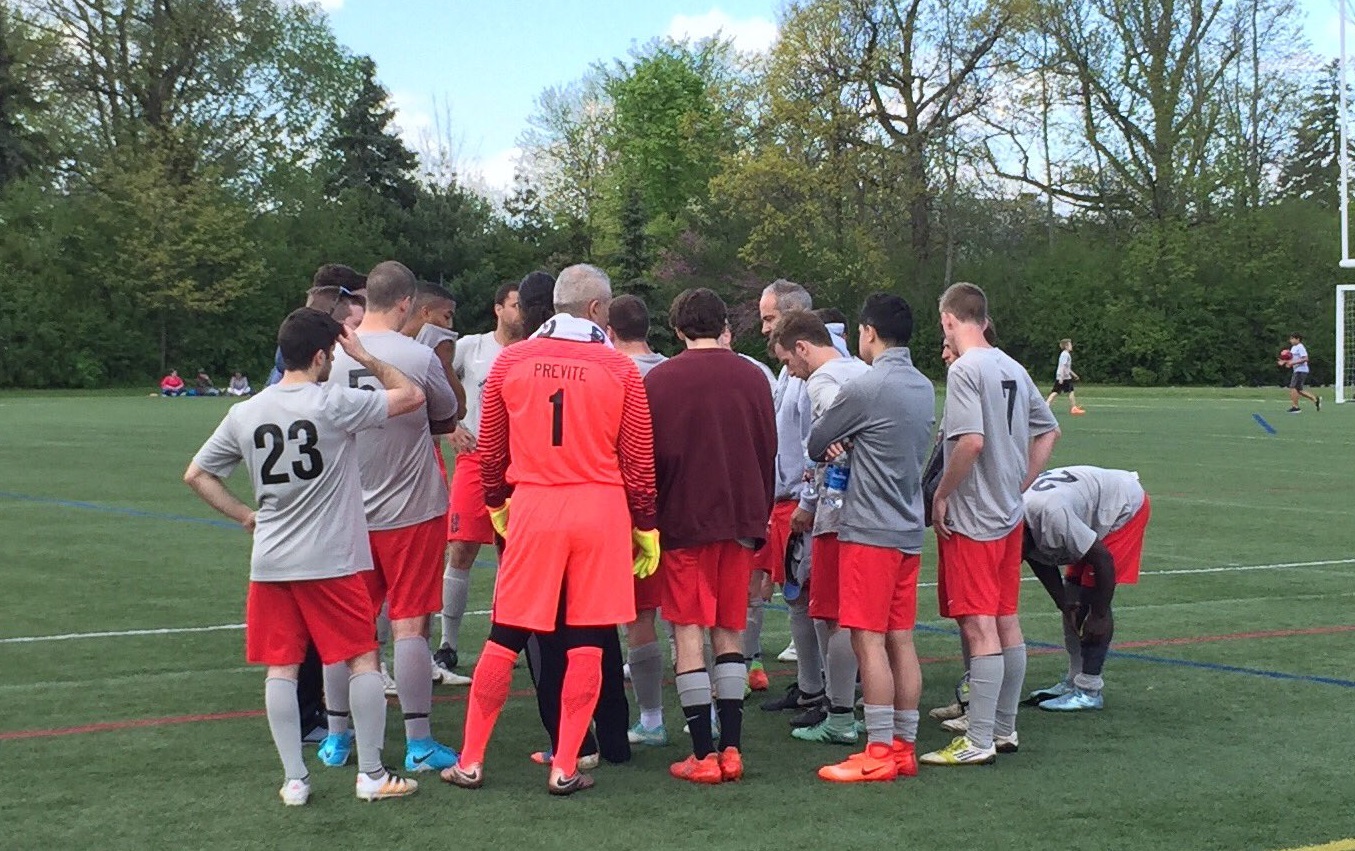 "We took Dre [Andrea Conte] off after 20 minutes to put Gary [Boughton] out wide into his natural position," explained Siefert, "and we brought Clint [Holcomb] on to give us more height, because in the first half we were serving a lot of balls in to small guys."

Chances were more abundant for Clarence over the final 45. Saysay's smash from the left side was well hit but rose over the crossbar. Boughton turned nicely for a left-footed volley, but he couldn't place it on target. J.J. Hughes fired two ambitious shots from distance and didn't test Benzing.

It was 'Yotes goalkeeper Len Previte who made the biggest stop of the second half, foiling Bowman's breakaway, stemming from a Clarence defensive giveaway, with a quick sprawl to his left.

The victors' back four of Aaron Rilling, Collin Fisher, Michael Scott and Joe Glos were all responsible positionally and seemed a step ahead in their anticipation. Holding midfielder Zach Bowman, box-to-box center mid Brian Graham and Danny Baxter formed a tough layer in front of the backs that was difficult to penetrate. The lanky, pacy Joe was a one-man counterattack at times.

"They were a strong, physical team - they got defensively compact well and had a good counterattack," concluded Siefert.

Christos FC will face Landsdowne Bhoys in a rematch of last year's Werner Fricker Cup final. While Clarence's run is over, the 'Yotes did become the first Buffalo & District Soccer League team to win a cup match with last month's 1-0 win over Hammers FC of Northern Virginia.