For all of Buffalo’s reputation as a Great Lakes city, visitors to downtown hotels might ask the same question: “What waterfront?”

City planners are recognizing the lack of well-marked routes leading to the Lake Erie shoreline and attractions like Canalside.

Sure, Erie Street will get you there, but only through a maze of uninviting highway pillars and other impediments that hardly qualify as enticing.

"Especially for people from out of town, it’s been very difficult to find our waterfront,” said Brendan Mehaffy, the city’s executive director of strategic planning. “The historical connector has been Erie Street. But it goes left and right and right and left, and is not clear and conducive to traffic."

Now City Hall hopes to show the way. Backed by $10 million in the new state budget, a project to directly connect the central business district to the waterfront is on the drawing board, with an eye toward construction in 2018. The goals include: 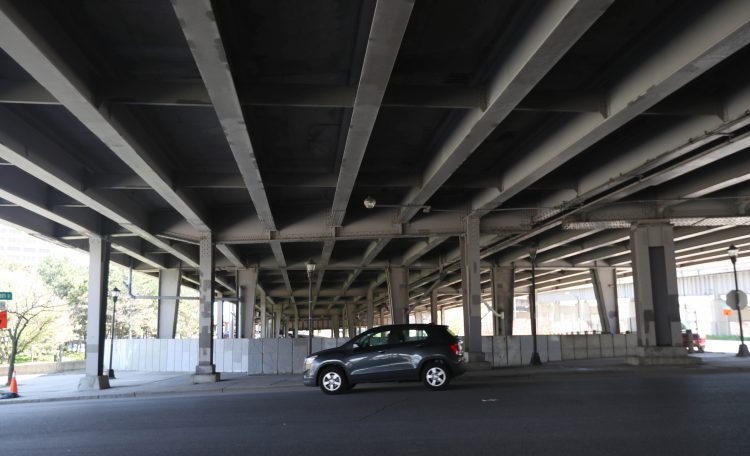 The city plans to spruce up the area around Erie Street which will serve as a gateway to the waterfront. (Sharon Cantillon/Buffalo News)

“It will require a lot of physical change down there," he added.

The idea is to invite natives and visitors alike to the waterfront and guide them through the man-made impediments that sprouted over the years, according to Brandye Merriweather, vice president of the Buffalo Urban Development Corp. – a City Hall agency.

“It’s about trying to improve getting through the underpass, where there are no sight lines from the central business district to the waterfront,” she said. “It’s one of our biggest assets, so we want to strengthen those connections.”

The concept also works in reverse with economic development goals.

“If you’re at Canalside and you’re not familiar with downtown, then you don’t know how to get to the restaurants and retailers that are just on the other side,” she said.

Nothing through the “maze” points either way, she said, toward Canalside or downtown.

“We want to make it more walkable and more comfortable,” she said.

Merriweather pointed out that sporadic efforts have attempted to entice pedestrians over the years. Various pocket parks dot vacant space under the Skyway ramp along Lower Terrace, but she acknowledged they are rarely used.

The new plan calls for enhancing those and other public spaces like Cathedral Park, stemming from a 2015 master plan study commissioned by the city to “strengthen the relationship between key destinations” and “leverage additional private sector investment in downtown.”

A $5.6 million state Department of Transportation project underway is expected to complement the Erie Street project by replacing sidewalk, pavement and bicycle lanes along North and South Division streets between Main and Elm streets, and on Elm and Oak streets. DOT said the project will comply with Americans with Disabilities Act standards and include new curb and wheelchair ramps at existing intersections.

Pedestrian signal equipment will be upgraded with pedestrian push buttons that allow walkers to view a countdown timer, according to DOT. The countdown will warn walkers when they can expect the traffic signal to change.