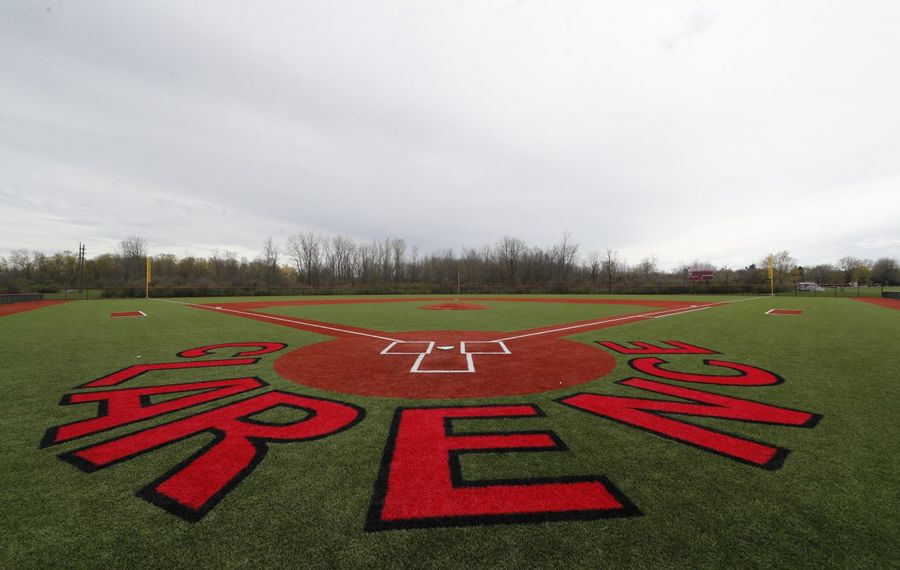 Out are grass fields that need mowing and that get muddy in the spring.

In is synthetic turf.

Out are Saturday afternoon games.

In are Friday nights under the lights.

Out are individual football or soccer fields.

In are large, multi-use athletic complexes.

"If you’ve seen some of the new ones that have taken place, it’s a complete athletic complex, making it user-friendly for spectators," said Timm Slade, executive director of Section VI, the Western New York portion of the state’s Public High School Athletic Association.

And it’s not cheap.

Taxpayers, nonetheless, are signing off on tens of millions of dollars for the upgrades. Other school districts – including Buffalo, which can’t go directly to taxpayers – are trying to find a way to pay. And to keep up.

In North Tonawanda, the school district will spend about $9 million on athletic renovations, including its new all-purpose stadium scheduled to open in 2018.

In Niagara Falls, $18 million went into building the athletic complex and field house on 6 1/2 acres behind Niagara Falls High School.

And in Williamsville, taxpayers agreed to $27 million to transform the athletic facilities at all three high schools – North, South and East.

Williamsville, for example, will likely receive about 60 percent reimbursement; Ken-Ton about 75 percent.

"It’s a national trend," said Robert Zayas, executive director of the New York State Public High School Athletic Association. "I think communities are really seeing the value of high school sports, what it brings to the community and what it does to benefit the students who participate."

"Look at the number of people who will come out to Friday night games, Saturday games," said David Mauricio, chief of strategic alignment and innovation for the Buffalo Public Schools. "People love to go to athletic events. There’s high interest."

For many schools, the new turf fields provide better drainage and are an answer to the region’s unpredictable spring weather – like this year – which can turn their overused grass fields into mud puddles and shorten the sports season.

"To be perfectly honest, Western New York has lagged behind other areas of the state when it came to athletic fields," Maturski said. "I think a part of that is it’s an expensive thing to implement and I think everyone wanted to make sure we were getting the best product."

For others, it’s about safety or less maintenance, or accommodating a growing participation in youth sports, or making room for new teams like lacrosse and field hockey, or updating aging facilities.

"We were going to have to do something," said Geoffrey Hicks, school superintendent in Clarence. "With the amount of practice time for the outdoor sports, it made sense for us. It had been so long since we had touched the fields."

And for some, it’s about keeping up with the Joneses.

"We felt it was important to do it for equity’s sake," said Mark Laurrie, superintendent of the Niagara Falls City School District.

"Niagara Falls often gets a bad rap," Laurrie said, "and to have substandard fields and facilities is just another nail in the perception that we’re not on par or equal to our neighbors."

Instead, the Falls’ sparkling new athletic facilities raised a lot of eyebrows from visiting teams.

"I think they said, ‘If Niagara Falls can do this, why can’t we?’ " Laurrie said.

"It’s ‘curb appeal,’ " said Jeff Alger, director of athletics, health and physical education for the North Tonawanda City School District. "A lot of time when people visit a school, it’s one of the first things they look at."

Who pays for upgrades?

But equity is a big challenge for the Buffalo Public Schools, which is at a disadvantage in this arms race because – unlike the suburban districts – it doesn’t have the ability to levy taxes.

A consultant recently reaffirmed that the district’s athletic facilities are inferior to those in other districts.

High school teams in the city use three stadiums – Robert E. Rich All-High Stadium, Charles Dingboom Riverside Field and Johnnie B. Wiley Stadium – all three with turf fields, but also all in need of renovations. There is also a shortage of adequate practice fields for the 62 football, soccer, baseball and softball teams throughout the district, explained Aubrey Lloyd, Buffalo’s athletic director.

Such shortcomings have forced the district to embark on a plan to renovate its athletic facilities, add a field house and partner with the City of Buffalo to fix up available fields at city parks.

Upgrading existing fields would cost at least $5.6 million, school officials estimate, and that doesn’t include the price for a new multipurpose field house.

"All across the city we want to upgrade," Mauricio said. "This will be a multiyear effort, obviously, but we want to upgrade all our fields to be competitive with what the fields look like in the suburban districts."

But how to pay?

But it’s a question other school districts also are being forced to ask so as not to saddle taxpayers.

In Lancaster, voters in 2015 approved capital improvements including $7.7 million for a new turf field and improvements to its field house. It came with a caveat: Boosters needed to raise $1 million to help pay for the project.

Taxpayers in the Iroquois Central School District also voted for $6 million in renovations to athletic fields; but that, too, came with the condition the community raise $1.9 million by the end of February.

Now, he said, the school district is trying to figure out how to proceed.

Fields of Dreams: A handful of the new or renovated athletic facilities around the Buffalo region 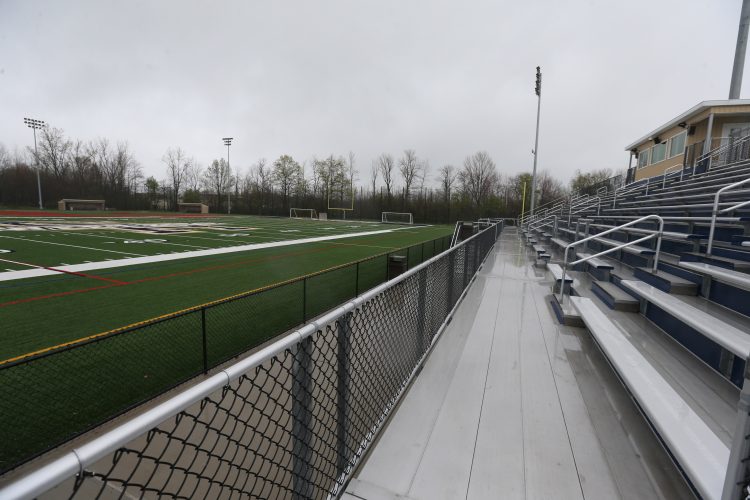 • Sweet Home: A new athletic complex is now in its second year, after officially opening in spring 2016.

Artificial turf was added in a poor-drainage area behind the high school for a field where Sweet Home now plays football, soccer, lacrosse and field hockey, as well as baseball and softball. There also are new tennis courts, bleachers, a press box, restrooms, concession stand and outdoor field lighting. 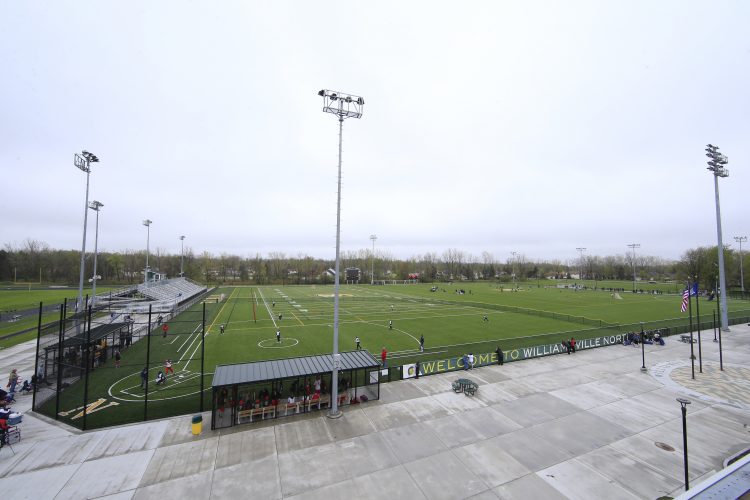 • Williamsville: The athletic complex at Williamsville North – the first of three slated for the district – opened in September with nearly 300,000 square feet of artificial turf to accommodate football, soccer, field hockey, softball and lacrosse. It’s designed so that two games can be going on at the same time. The venue includes bleachers, a press box, field lights, restrooms, a concession area and a video scoreboard.

Work is underway at East, which will have a similar facility, and South, which is getting a new stadium with a bleacher capacity of 2,700 people.

Among the upgrades to the sports facilities at Clarence High Schools is a new turf baseball diamond. (Harry Scull Jr./Buffalo News)

• Clarence: The new facility opened last October. Artificial turf was installed on the football field, as well as the baseball and softball diamonds with lines for another multi-purpose field. Add in the new press box and scoreboard, bleachers for 2,250 spectators and a new entrance gate and fencing surrounding the new rubberized track, and the athletic facilities look a lot different, said Geoffrey Hicks, Clarence superintendent.

"It’s fabulous from where it was," Hicks said. "It obviously helps the athletic teams because they have a place to practice and compete that is safer and better maintained and doesn’t have the issues our grass fields had." 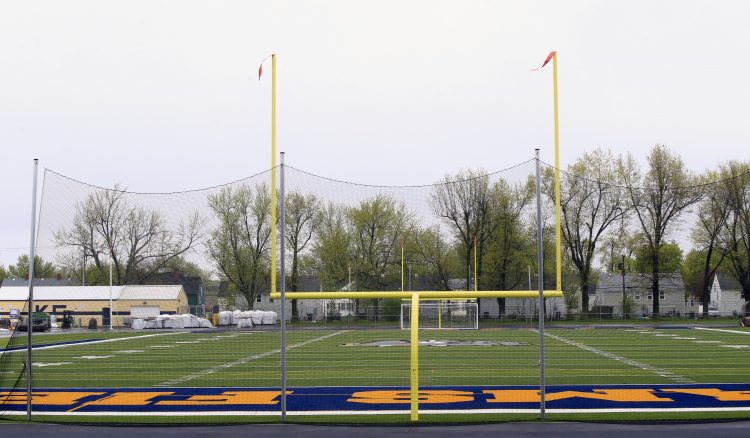 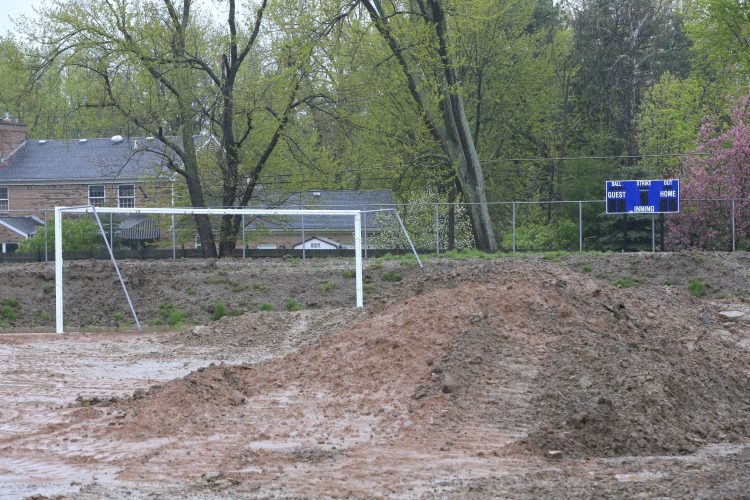 • Ken-Ton: Work was completed in October at Adams Field, where the Kenmore East Bulldogs play football and soccer, and home to the district’s field hockey team. Artificial turf, new lighting and a new eight-lane track were installed, along with upgrades to the restrooms, concession stand and bleachers. Crosby Field, home to the Kenmore West Blue Devils and the district’s lacrosse team, will get a similar makeover. That work is scheduled to be completed later this summer. Turf baseball, softball and soccer fields also will completed at Kenmore West High School. 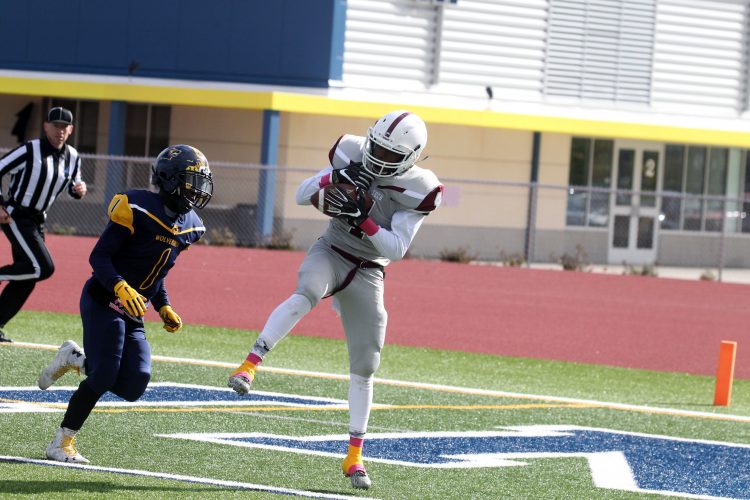 • Niagara Falls: The city school district went all in when it opened its athletic complex in 2015 on 6 1/2 acres behind the high school: Two baseball diamonds. Two softball fields. Three fields for soccer and lacrosse. Six tennis courts. A 1,500-seat stadium for football, soccer and lacrosse. And, oh yes, a 13,000-square-foot field house for wrestling and weight training.

The district leveraged a variety of revenue sources so it didn’t have to raise taxes, said Superintendent Mark Laurrie.

It was worth it, he said.

"It gives our community a sense of pride," Laurrie said. 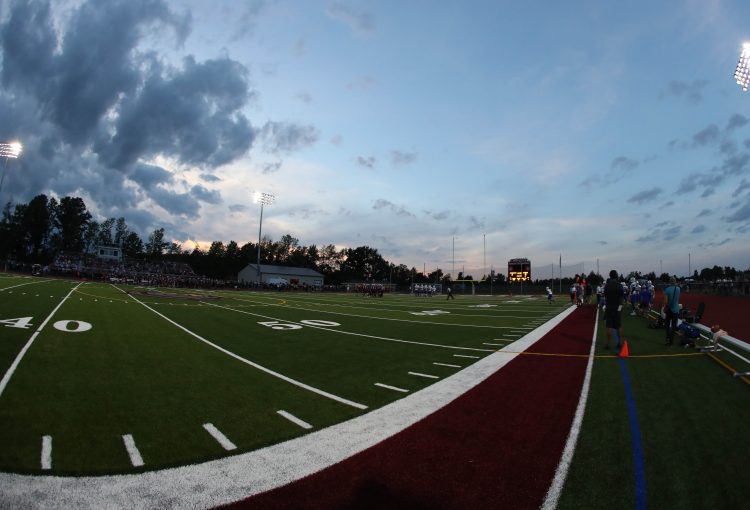 "It’s kind of like a college field compared to what it was like before," said Sean Croft, superintendent for the Starpoint Central School District. "We had, I believe, four Friday night games and it was amazing. I’ve never seen crowds like this come out."