It's no secret that postseason results matter when I put together the final Power 10 for each scholastic sports season.

State champions pretty much are guaranteed a spot, but determining which of the teams that came up short in their quests for state glory had better seasons than counterparts under consideration is even more difficult than ranking those who won it all.

That's because those teams wouldn't have reached the state-competition portion of their respective postseason if not for having crowning moments along the way. When it's all said and done, they still had championship seasons.

With that in mind, here's the final Power 10 for the winter season.

1. St. Joe's hockey. The clear-cut top team this winter, the Marauders went wire-to-wire in securing the season-ending No. 1 spot for the first time since 2013. They won their second straight state Catholic championship and could make the argument that they are the undisputed champions of New York. St. Joe's (25-1-2) defeated eventual state Division I public schools champion Williamsville North twice. The Marauders also defeated state semifinalist Massena. St. Joe's captured the prestigious Mount St. Charles Academy Tournament in Rhode Island for the second year in a row, beating that state's eventual champion Bishop Hendricksen and that state's runner-up, LaSalle, in the process. The Marauaders have gone an astounding 51-3-3 the past two years. They ended this season on a 22-game unbeaten streak after having their 25-game unbeaten run, which included last year's season-ending 21-game winning streak, snapped by Orchard Park. Tip of the hockey helmet to Rich Crozier and his coaching staff. 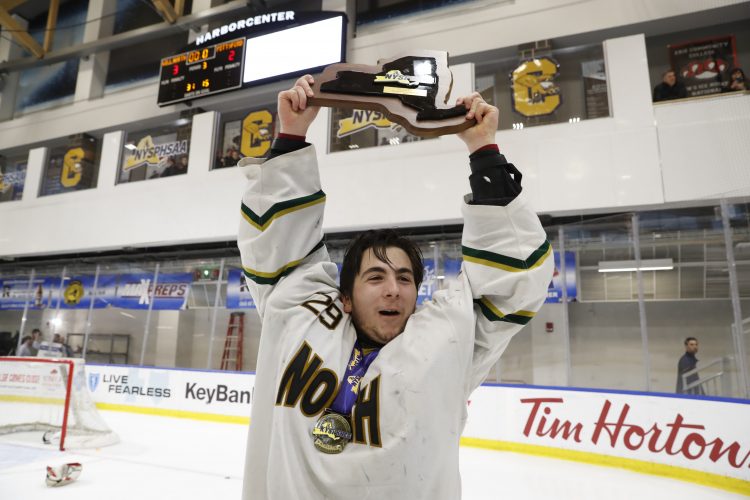 2. Williamsville North hockey. The Spartans (21-4) won their first state championship since 2011 when they defeated Section V's Pittsford, 3-2, at HarborCenter. A Williamsville North team filled with solid players who did the little things needed to succeed won four straight one-goal games on its way to the crown – the fifth championship in program history under longtime coach Bob Rosen. The path to the title included the Spartans ending Mamaroneck's reign as state champions with a 1-0 win in the semifinals, and a state quarterfinal win in overtime at West Genesee. Don't forget the Spartans earned their berth into states by beating Lancaster in overtime for the Section VI crown. 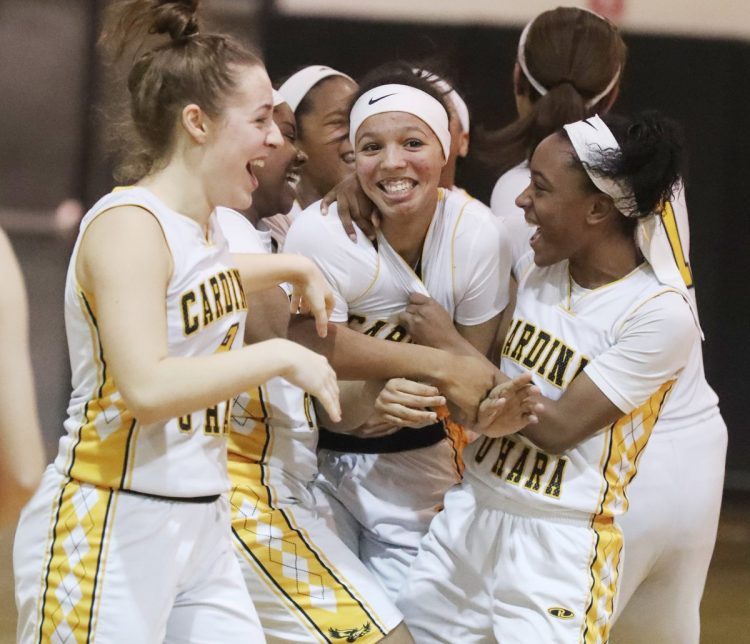 3. Cardinal O'Hara girls basketball. We'll waive the usual prerequisite state championship for a lofty spot in this ranking for the Hawks (21-6). They won their fourth straight Monsignor Martin championship and haven't lost to a Western New York school since 2013. The News' top-ranked large school, even though O'Hara's a small school in all other sports, defeated eventual state public schools Class A champion and Federation Tournament of Champions runner-up Jamesville-Dewitt during the season. The Hawks lost to eventual Federation Class AA runner-up Mary Louis Academy of New York City twice, on the road, by a combined total of 16 points. That included a season-ending defeat in the state Catholic semifinal to a team that had a McDonald's All-American in its lineup. Did we mention that O'Hara, which played a who's who of state Class AA and A powers, is considered a small school in all other sports? 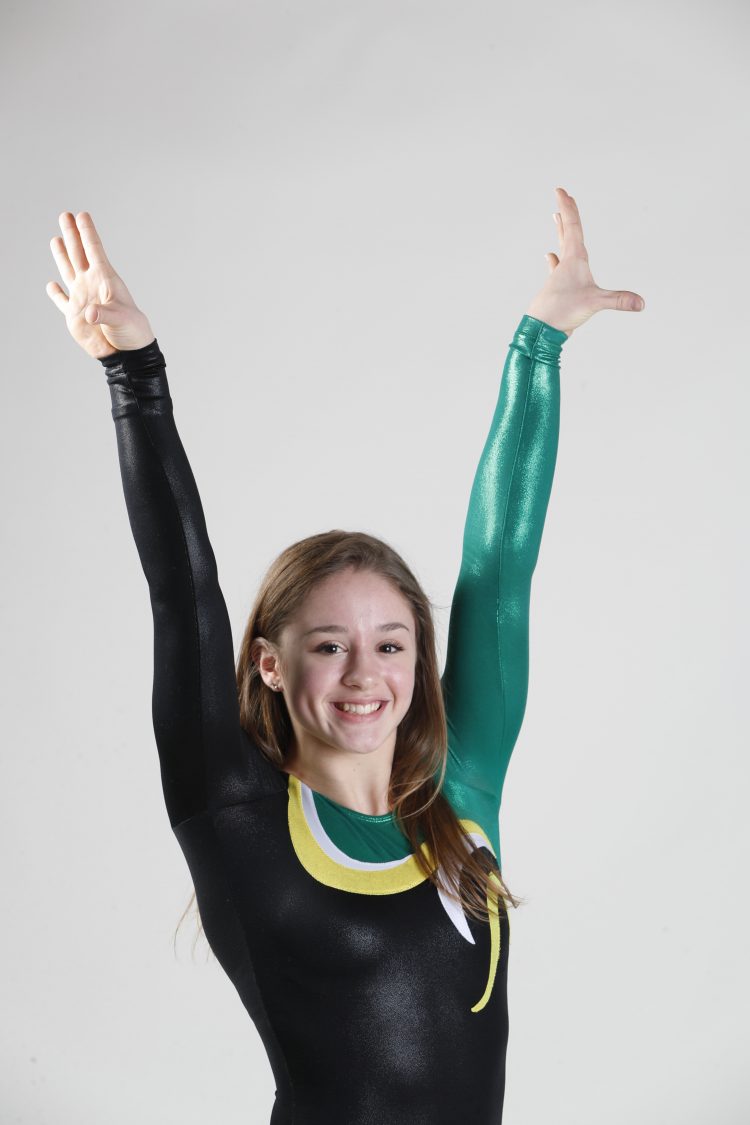 5. Ellicottville girls skiing. This is not a typo. This is the fifth year Section VI has sponsored this sport. Ellicottville defeated eight other section champions to become the first from the area to win the NYSPHSAA alpine team championship. The Eagles edged Section V's Honeoye Falls-Lima by two points for the crown with eighth-grade twins Hayly and Logan Fredrickson leading the team's historic charge by posting the fastest combined time among competitors. 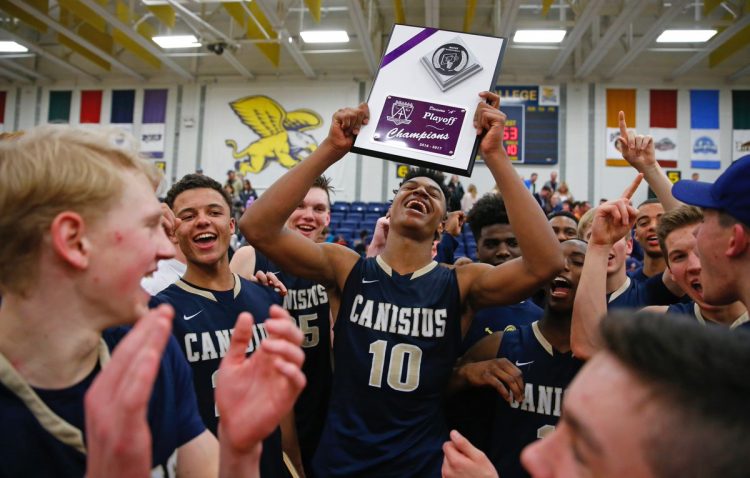 6. Canisius boys basketball. From play-in game participant to Manhattan Cup Class A champions. More proof that Monsignor Martin High School Athletic Association was deserving of its "no nights off" moniker during the season. The fourth-seeded Crusaders defeated the regular-season co-champions, Bishop Timon-St. Jude and St. Francis, in consecutive games to win their seventh Manhattan Cup in nine years and third in a row. An 18-10 Crusaders squad that lost more games this past season than in the previous two combined (eight) still finished No. 1 in the final News Large School poll -- the third straight poll championship for Canisius. 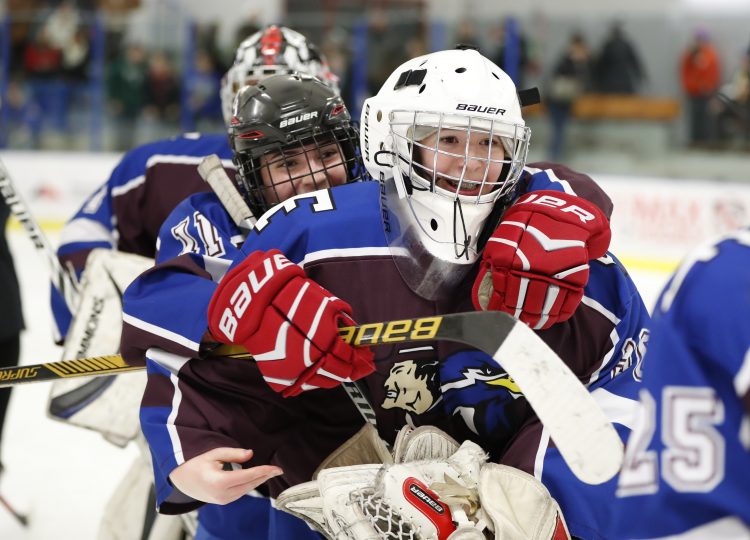 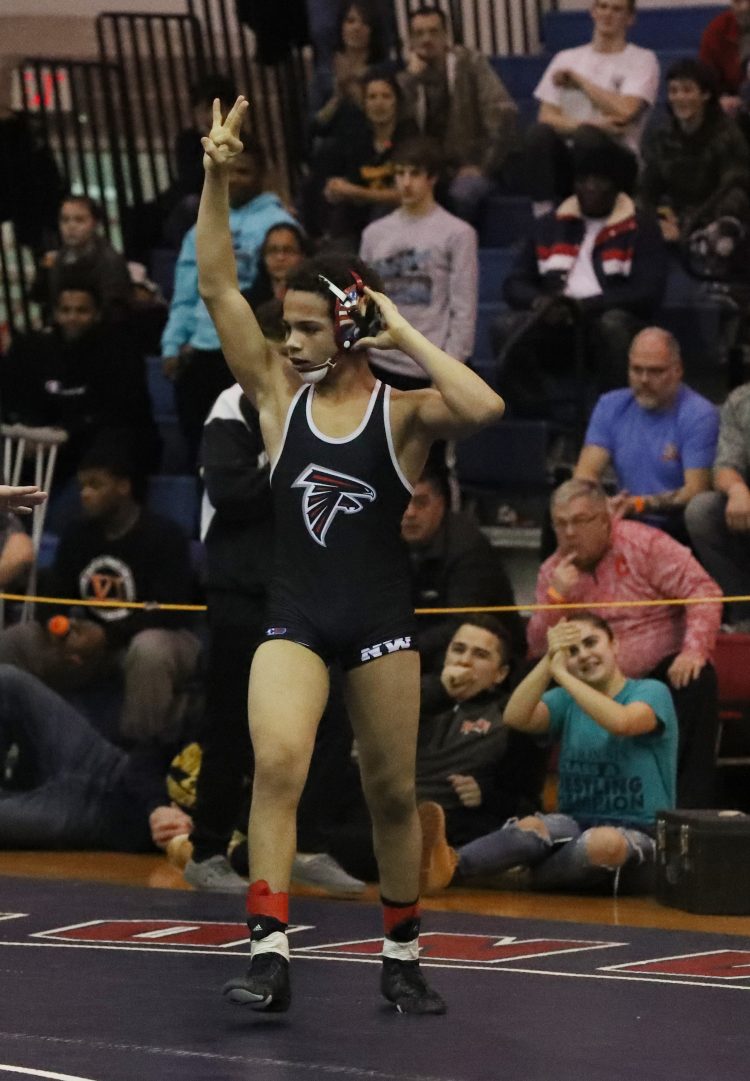 8. Niagara Wheatfield wrestling. With so many quality teams out there, it's tough picking just one. The Falcons, though, get the nod for becoming the first to win a Section VI dual-meet team championship (they literally won theirs a few minutes before Pioneer captured the small schools team title via tiebreaker). They also finished as the top-ranked large-school team in the final Western New York poll, had three Section VI individual champions with a second- and third-place finisher at states. Can't wait to see how Section VI's champions do in the first state team championship tournament next winter. 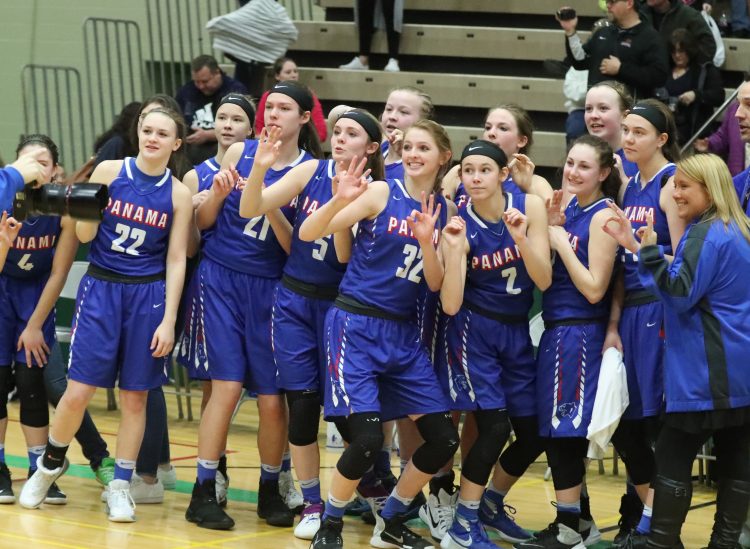 Panama's celebrates after reaching the state final in Class D for the second straight season. The Panthers reached the state final four for the third year in a row to highlight a 20-win season.
(James P. McCoy/Buffalo News)

9. Panama girls basketball. The Panthers not only won their third straight Section VI Class D title but reached the state final four for the third straight season as well, where its kryptonite, Heuvelton, denied their championship dream, again. This year's appearance for Panama was surprising to some (but not this corner) considering it graduated two starters from the 2016 state runner-up team. But a Panthers crew featuring three returning starters with scoring ability reached its second straight state final to cap a 20-win season.

10. North Tonawanda boys basketball. The Lumberjacks snapped a 56-year Section VI championship drought by upsetting defending Class A champion and then News No. 1 Williamsville South in the A-1 final. NT then captured the overall sectional title with a win over Amherst to earn its first trip to the Far West Regionals. 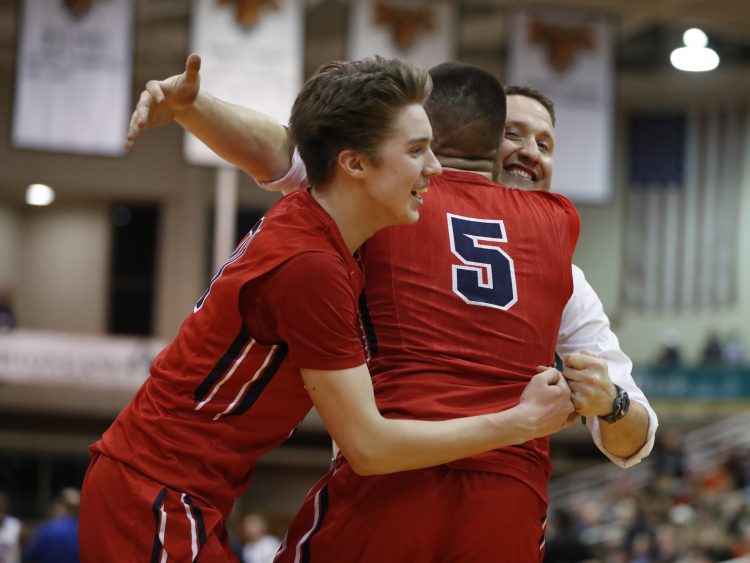 Among the honor-worthy subjects who just missed making the top 10:

* Health Sciences boys basketball. The Falcons won their first Section VI championship in their fifth season as a program, reached the Class B state semifinal and finished ranked first in the News' Small Schools Poll.

* Fredonia girls basketball. The Hillbillies went from No. 6 seed in sectionals to reaching the state Class B semifinals for the first time during coach Carol Zirkle's 17 seasons.

* Amherst girls basketball: The Tigers earned their first trip to regionals by beating Williamsville South for the first time in three tries in the biggest game of the season – the overall Section VI Class A final.