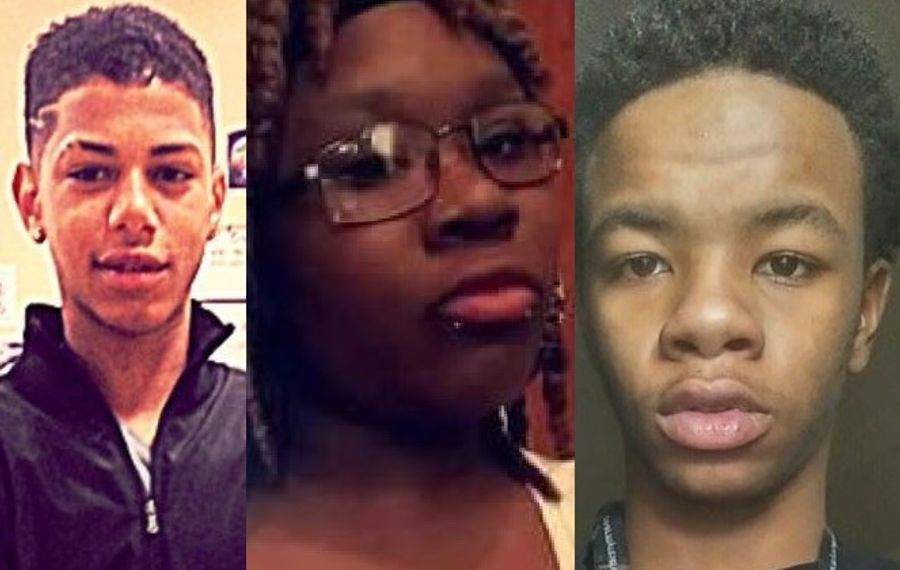 First, there was Shaunice Gamblin. The 15-year-old was fatally shot in March 2016 in a drive-by shooting.

The second was Daniel Glover. The 17-year-old was killed by a single gunshot while walking home one night in June.

Kristian Piazza was the third. He died in October, gunned down from behind. He was 16 – the same age as the teenager charged last month with his murder.

Shaunice, Daniel and Kristian were the youngest of Buffalo’s 44 homicide victims last year.

Police believe the deaths were unrelated, but that doesn’t lessen the loss of three students from neighborhood violence within a year. It also is a lot for one school to bear.

When asked about the deaths of Shaunice, Daniel and Kristian, Buffalo’s superintendent and his staff at Burgard declined to comment, either feeling it wasn’t their place or hesitant to reopen old wounds.

But there’s little doubt that their deaths underscore a growing concern among district officials, who have in recent months identified violence as a key factor affecting the education of many of their students – whether the kids are coping with the related emotional trauma or getting caught in the crossfire themselves.

Shaunice, who was leaving a party, was not the intended target, police say.

Kristian, a welder in training, was in the wrong place at the wrong time with the wrong people.

Police are still trying to determine the motive for killing Daniel, a whiz with computers. It may have been a robbery gone bad or a case of mistaken identity.

Daniel was born on Mother’s Day and slain on Father’s Day.

It was last year on June 19, not far from his Wecker Street home. Daniel’s mother recalled hearing the gunshot around 11 p.m. She chalked it up to a firecracker, until she was awakened early the next morning by a knock on her door and a detective bearing the news that her only son was dead. 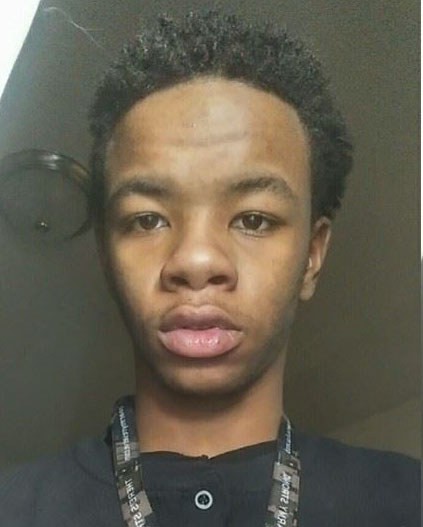 Daniel had just turned 17, just started dating a girl, just earned his driver’s permit and was hours away from his last final exam of the school year, ready for a whole summer ahead.

He was a "B" student at Burgard and his favorite subject was math. He attended Mount Olive Baptist Church in Lackawanna, where he was an usher and helped set up the video equipment.

Daniel had a heart ailment, so doctors cautioned him about playing sports. But he had a knack for computers and talked about going to college to become a computer technician.

"He was very, very good at that stuff. He would take out the motherboards and fix the computers," his mother said. "Everybody misses him right now. He was everyone’s computer tech."

On the day of his death, Daniel was recovering from strep throat. He was still weak and on antibiotics, but kept his 7 a.m. to 2 p.m. shift at the Tim Hortons on Pine Ridge Road in Cheektowaga – a job he was new to and enjoyed.

He came home from work, made homemade ice cream with his mom and spent the day hanging out with a friend from the neighborhood – the circumstances that found Daniel walking home late that Sunday night.

Investigators recovered video footage from a nearby surveillance camera, his mother was later told. It showed Daniel walking alone on Wecker, unaware of the van that had pulled up alongside him.

A guy got out, his mother said, and shot Daniel once, the bullet striking his heart.

‘Not a violent school’

Burgard is located on Kensington Avenue, surrounded by a tough city neighborhood.

The school has more than 500 students, the majority of them minority and economically disadvantaged.

It has been one of the poorest performing schools in the city, but the graduation rate improved to 57 percent last year and it has made enough progress to be taken off of a state watch list.

Long a place for vocational training – most recently machine tool, welding and auto technologies – Burgard also hosts the Hillside Work-Scholarship Connection, a program that provides selected kids with mentoring, job placement and additional academic support to help them stay in school and graduate.

Shaunice, Daniel and Kristian were all part of Hillside.

It’s not unusual for the school to lose a student to violence. But three in the matter of eight months is unusual, according to those familiar with Burgard.

"It has its issues, but it’s not a violent school," one Burgard teacher said. "We have some fights, but I know other schools with way more fights."

The problem, they said, has more to do what’s going on outside the school than inside.

'A lot of young people dying'

Shaunice was leaving a party when she was killed March 12, 2016, during a drive-by shooting at Lasalle Avenue and Suffolk Street, where her mother raced to the crime scene and saw her daughter’s body on the ground. Shaunice’s boyfriend was wounded, but survived.

"It was terrible," said her mother, Samantha Jordan. "There’s a lot of young people dying. It’s crazy – so young." 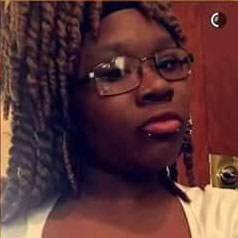 Shaunice – Niecy, as she was known – was the oldest of three kids and a sophomore at Burgard, where she ran track.

"She said she wanted to be in the Olympics," her mother said.

She enjoyed going to the mall and hanging with her girls. To earn a few extra bucks, she gave piercings and had a couple of her own, including her lip and bellybutton. She was outgoing and liked to be the center of attention, the life of the party.

On the evening of April 25 of last year, just six weeks after her death, a couple hundred friends and family members gathered at the CRUCIAL Center on Moselle Street to celebrate what would have been her 16th birthday.

They danced – Shaunice loved to dance.

Caught in the crossfire

Holman is executive director of the Stop the Violence Coalition. Burgard – like some other city high schools – has some students who are either involved in gang activity, or associate with those who are and are caught up in the crossfire in the streets, he said.

"When it happens one right after another," Holman said of the three deaths at Burgard, "that really affects those students at the school."

Sadly, the Burgard teacher said, the kids also get used to this.

The Board of Education recently asked Superintendent Kriner Cash to delve deeper into these larger systemic problems with the help of city officials and law enforcement.

"Each day, we inherit what’s going on outside the school buildings in the community," said Board Member Sharon Belton-Cottman, whose Ferry District includes Burgard. "It’s an issue the district cannot handle alone."

Had a job, college plan

When Kristian was 11, he turned his mother’s electric toothbrush into a tattoo gun and used it to tattoo a small cross on his left hand between his index finger and thumb.

"He was always building stuff," said his mother, Kristie. "My tools were scattered all over my yard all the time. He thought he was an inventor."

Maybe that’s what drew him to the advanced manufacturing program at Burgard, where Kristian was a junior and learning welding.

"His attendance was piss-poor, I’m not even going to lie," his mother said. "I used to tell him, ‘Can you imagine if you were there every day? You would have straight As.’ " 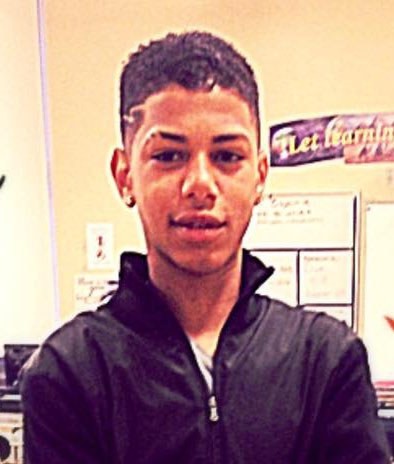 He was born in Jamestown and given the name Kristian in keeping with the "K" names of his mom and two sisters – Keelyn and Kadence. He grew up in Virginia, relocated back to Jamestown, then started his freshman year at Burgard when his mother moved to Buffalo to study phlebotomy at the University at Buffalo.

He complained to his mother about the behavior of some of the kids at Burgard, but she told Kristian it was his chance to be the best behaved student in school. Her son, she said, was "defiant," "mischievous" and a bit of a "troublemaker" himself, but he had a way about him and easily made friends.

At 5 foot, 7 inches tall and slim, Kristian also was good athlete. He played baseball and soccer, and was a defensive back on the Bulldogs football team.

"He had wings and wheels – he was so fast," his mother said. "Like when he would do something wrong, I would try to chase after him and I could never catch him."

He had a girlfriend, a job at Wegmans and a plan.

The family stuck it out in Buffalo, because Burgard’s advanced manufacturing program was partnered with Alfred State College, so Kristian earned credit and entry to the Allegany County school.

On the evening of Oct. 13, Kristian found himself near the corner of Leroy and Kensington avenues with a group of four or five others. According to his mother, a car went by and they spotted a passenger pointing at them with a finger and thumb – like a gun. The group dispersed, and Kristian and another boy ducked inside a corner store.

When the coast was clear, the two emerged. As they walked near the intersection of Leroy and Hill Street, someone brushed past them, turned and opened fire.

Kristian was shot three times – twice in the back and once in the knee. It was about 8 p.m.

He died at Erie County Medical Center, and when the time came for his mom to identify her son’s body, she was asked if Kristian had any identifying marks or tattoos.

He has a small cross tattooed on his left hand, between his thumb and index finger.