The two Great Lakes and the Niagara River’s waterfalls get most of the attention.

Cattaraugus Creek may not be as world famous as some other bodies of water around here, but anglers, hikers, kayakers and bird watchers head there for recreation in breathtaking scenery.

• Offers a creek corridor through Zoar Valley.
• Provides the only source of drinking water to 20,000 people.
• Includes a world-class fishery for steelhead trout.

Development and land use threaten stream banks. Flooding and erosion are recurring problems. Forests are thinning. The creek mouth gets clogged with silt. Water depths run low. And, invasive plants and aquatic species like sea lamprey have gained a foothold.

“It’s an important port that should be maintained all the time,” said Ed Schintzius, a boater and angler near the mouth of the creek at Sunset Bay. “I don’t think people understand how important it is.”

The 550-square-mile watershed that runs through five counties doesn’t need a cleanup. It just needs some protection, state officials and environmentalists say.

“It’s relatively healthy,” said Shannon Dougherty, the DEC’s Western Great Lakes Watershed Coordinator. “It’s one of the healthiest watersheds in the area, and everyone wants to keep it that way.”

State environmental officials – and partners from a variety of environmental, civic, municipal organizations and from the Seneca Nation territory – are coming up with ideas on how to protect Cattaraugus Creek as part of the state's Great Lakes Action Agenda.

A few dozen met last week in Depew to brainstorm solutions to some of the watershed’s biggest problems.

One characterized the greatest threat as the potential loss of forests as invasive pests gnaw at century-old ash, hemlock and beech stock. 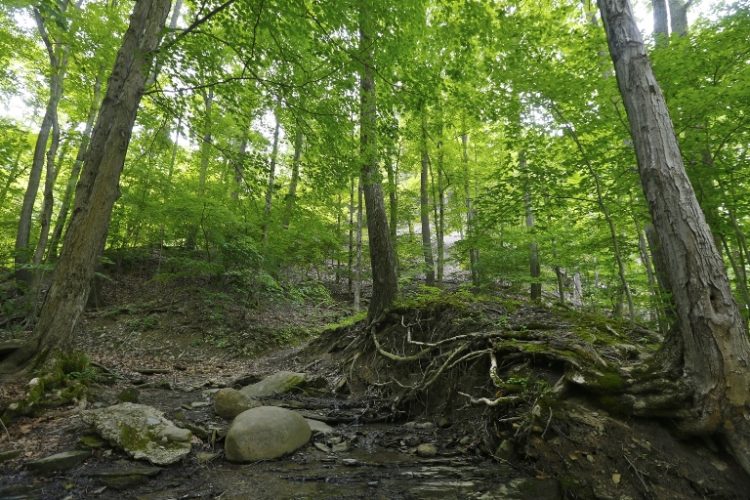 Another pointed out that modifying the natural course of the creek decades ago caused more harm than help.

“We’ve not done nature any benefit,” said the man, who identified himself as a member of the Seneca Nation.

Others said development too close to the creek bank, or rip-rapping areas instead of allowing for natural flood-plains only exacerbate problems.

National Fuel's proposed Northern Access Pipeline is one. The pipeline cuts through the watershed. The DEC rejected plans for the pipeline earlier this month on grounds it didn't comply with water quality standards. The company is appealing. 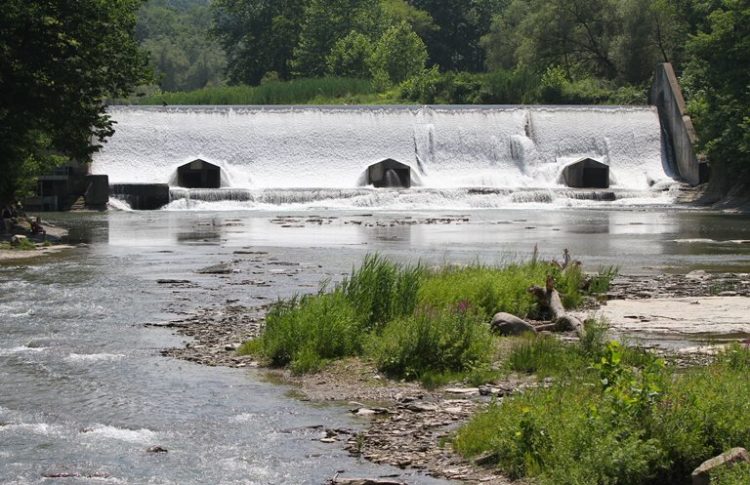 The U.S. Army Corps of Engineers proposes to lower the Scoby Dam in Springville. Although plans call for fish ramps to be installed that would bar passage of sea lamprey, some fear the invasive parasite could conquer areas of the upper Cattaraugus Creek and its miles of tributaries.

And the West Valley Demonstration Project, a nuclear waste site that sits in the creek's watershed upstream of Springville, isn't going away.

The work group largely steered clear of those issues, instead choosing to stake out a general path for launching an ecosystem-based management pilot project for the entirety of Cattaraugus Creek's watershed.

“Ultimately, we need to look at that whole system because what happens in those upper areas, those forested areas and farms, has a complete impact on the quality of water and the fish that are swimming offshore in the lake,” Riobart Breen, a policy analyst with the Department of State’s Ocean and Great Lakes Program, told the group.

The general healthiness of eastern Lake Erie as compared to other parts of the lake further west, where toxic algal blooms and hypoxia are major issues, help attract a lot of fish. Cattaraugus Creek is a significant spawning area for several species.

Expanding suitable protective wetland habitats in the creek channel through proper management can only help.

"That’s a prime candidate stream for sturgeon restoration," Einhouse said. “Although there’s no evidence they’re there now. There’s scant evidence they were there historically." 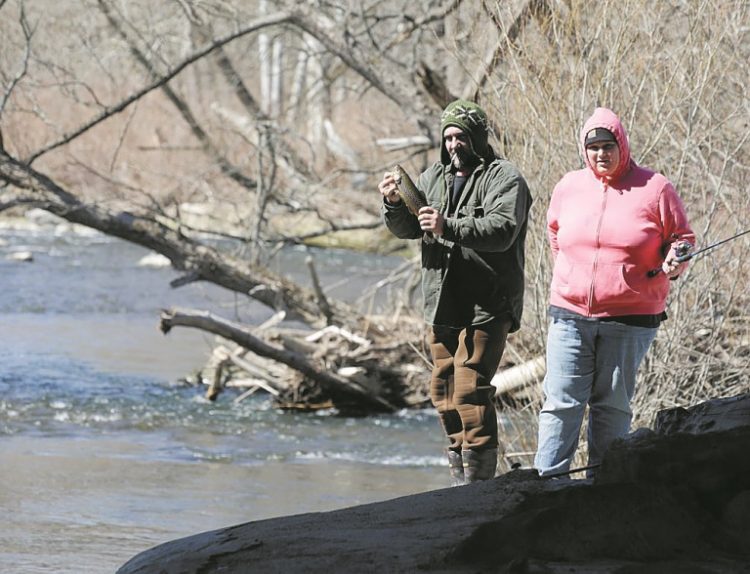 Steve Glor, of Holland, landed a brown trout, as he fished with Francis Woodin of Rushford at the Cattaraugus Creek DEC public access site off Route 16 in Sardinia last spring. (John Hickey/Buffalo News)

Schintzius and Jim Tunney, a charter boat captain, headed up a study of their own a few years back gauging the importance of the fishery on tourism. It was at a time when the channel at the mouth of the creek was reduced to depths too shallow to navigate because of low water levels and years without dredging that left the channel clogged with sand and silt.

Schintzius and Tunney pegged the May-to-September season as having upward of a $6 million benefit to the local economy.

Economic development is a top consideration in ecosystem-based management and the Nature Conservancy’s “Conservation by Design 2.0” blueprint that the work group is using in its Cattaraugus Creek watershed project, officials said.

Fundamentally, it holds that economic development and environmental stewardship are not mutually exclusive.

“We will reap more working with nature than against it,” said Jim Howe, regional director at the Nature Conservancy.

That might mean not developing so close to the creek or in flood plains to alleviate flooding; maintaining forest riparian buffers to alleviate erosion, stabilize stream banks and provide for natural stormwater filtration; or promoting natural hydrology.

"The overall health of any water system is greater than the sum of its parts," said Jill Jedlicka, executive director of Buffalo Niagara Riverkeeper. "Using ecosystem-based management is a common-sense strategy based on the reality that water does not follow political or municipal boundaries."

Jedlicka added: "Cattaraugus Creek is a critically important tributary to Lake Erie and contributes to the world-renowned Lake Erie fishery, cultural resources and local economy and is an ideal location to implement such a strategy."