After 62 years, the Thruway's bridge at Exit 57 over Camp Road is coming down.

In its place will be a T-intersection from the Thruway entrance with Camp Road, which also is Route 75.

"This bridge came up for a decision as part of the capital program," said Jennifer Givner, director of communications for the Thruway Authority. 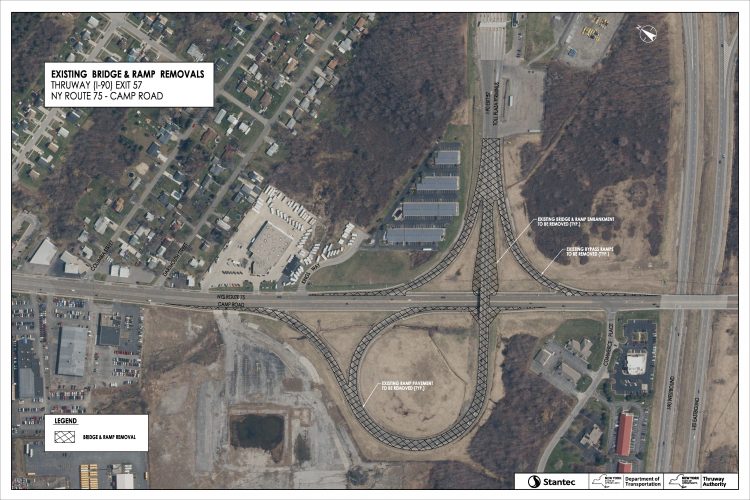 The cloverleaf ramp from the Thruway at Exit 57 will be removed. (Courtesy New York State Thruway)

The plans call for removing the bridge and the cloverleaf ramp that leads to the southbound lanes on Camp Road. A traffic signal will be placed at the intersection. The project will improve traffic flow in the area, improve lane and shoulder width and will upgrade features for pedestrians, according to the Thruway. About three dozen people attended an information meeting Tuesday to see the plans, Givner said.

The ramp leading from the Thruway to the northbound lanes of Camp Road will be upgraded, since the current lane is not built to today's standards, Givner said. She said the ramp will be lengthened and widened. The ramp from the northbound Camp Road to the Thruway will remain, she said. Sidewalks will be constructed as part of the project.

Construction on the $5.5 million project is to begin next spring, she said.

A roundabout was considered for the new intersection but it was discounted, said Susan Surdej, spokeswoman for the state Department of Transportation. Camp Road is a state road.

"A signalized intersection was the only option that would handle larger concepts/proposals including further development," she said in an email.

The land where the cloverleaf ramp is now located is adjacent to the former Leisureland property that is ripe for development. Givner said the Thruway has a process for determining if property is needed, and if not, for selling excess property.

The new intersection would add a third traffic signal within about a mile of Camp Road. The intersections of Southwestern Boulevard and Sunset Drive are about a mile apart, and the new signal would be about halfway between the two intersections. Surdej said the DOT will coordinate with the Thruway on synchronizing the three signals. 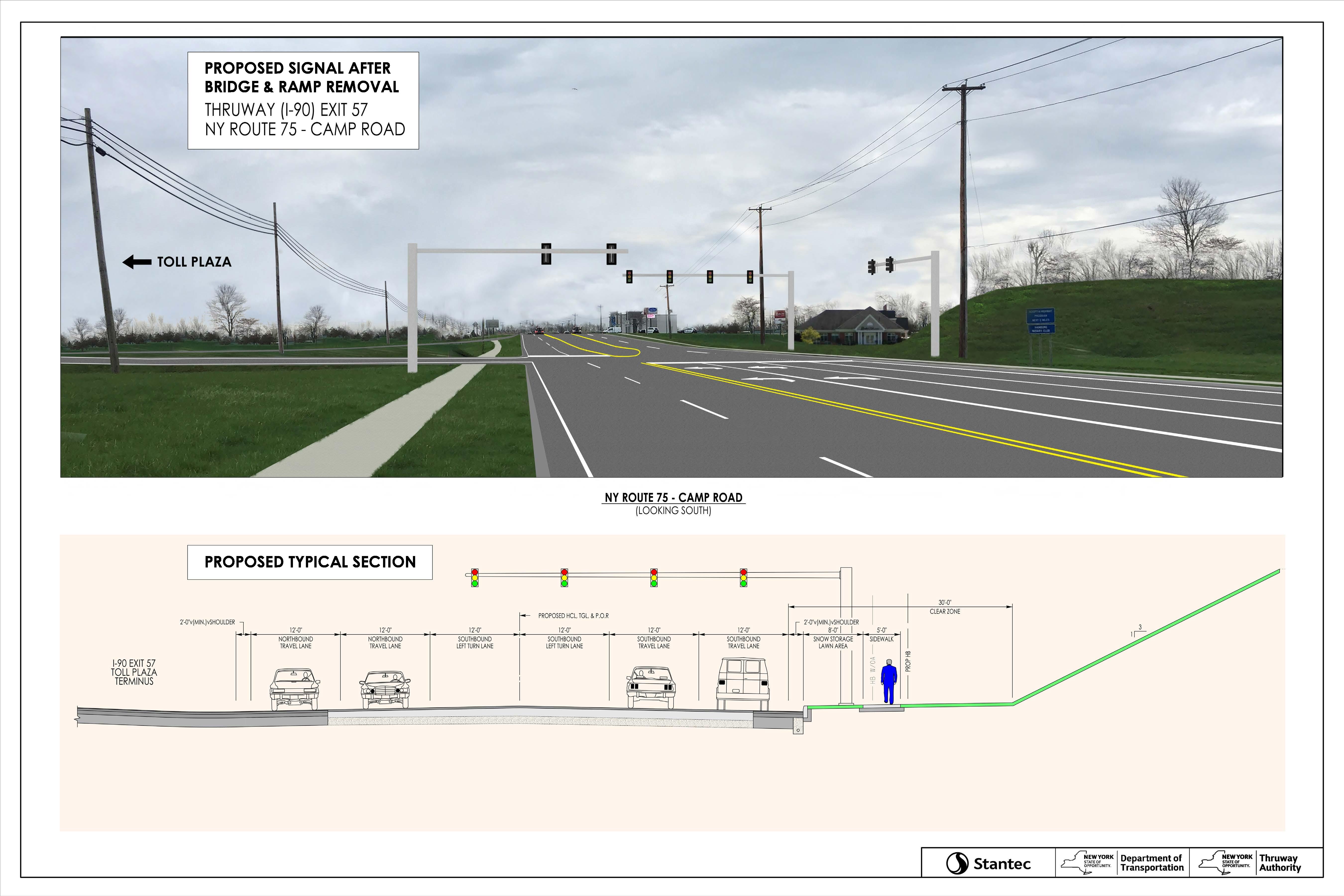