WASHINGTON – President Trump is vowing to make the tax code simpler – but historic preservationists and developers in Buffalo fear he will go so far as to wipe out the federal tax credits that have been a central part of the city's revival.

Federal historic preservation tax credits have been used to help finance 65 major development projects in the Buffalo area over the years, including the Hotel Lafayette, the Guaranty Building and the Richardson Olmsted Complex.

The office of Rep. Brian Higgins calculated that in total, the historic preservation credit helped fund more than $406 million in development in the region over the past 15 years.

Meantime, the "New Markets Tax Credit" – which Congress instituted in 2000 in an attempt to improve impoverished neighborhoods – helped fund one of the buildings at Larkinville, the new tower at Roswell Park Cancer Institute and 11 other major local projects valued at a total of more than $182 million.

Now, Trump is vowing to wipe out tax breaks in favor of a cleaner tax code – and defenders of the historic preservation and New Markets tax credits are fighting to keep them.

"We are highly concerned," said Jessie Fisher, executive director of Preservation Buffalo Niagara, who plans to travel to Washington in the coming weeks to advocate on behalf of the tax breaks. "In Buffalo, this tax credit represents the reason historic restoration is happening."

Yet it's unclear exactly how much the two tax credits are under threat.

While repeatedly insisting he wanted to get rid of tax breaks to simplify the tax code, Trump makes no mention of either the historic preservation tax credit or the New Markets Tax Credit in the one-page tax reform outline he released this week.

[A Closer Look: The Guaranty Building]

But the 2018 budget he proposed last month would kill the New Markets credit.

Howard Zemsky, president and CEO of Empire State Development and Commissioner of the New York State Department of Economic Development, said the much more used historic preservation tax credit is in danger, too.

"What I've heard is that both are under the same threat," said Zemsky, who developed Larkinville.

That's largely because Trump, when he fills out his tax plan, is expected to do so along deeply conservative lines.

Conservative think tanks such as the Heritage Foundation argue that tax credits allow government to do something it shouldn't be doing: shaping economic decisions that ought to be shaped by the free market and giving some companies or developers an edge over others.

"When government policy picks winners and losers in such a way, it reduces economic efficiency because resources are not put to their highest-valued use," the Heritage Foundation said in "A Tax Reform Primer for the 2016 Presidential Candidates." "The economy suffers because of the distortion."

Cities such as Buffalo clearly haven't suffered because of the historic preservation tax credit. It gives developers a 20 percent federal tax break on projects of historic significance.

"These tax credits are what make these projects viable," said Higgins, a Buffalo Democrat who has pushed to make the historic tax credits permanent. "That's a lot different than a lot of these other tax breaks. You can't quantify the cost of a tax credit if the project wouldn't happen without it."

"To me, the absence of the historical preservation credit means that communities in less good condition than Buffalo won't have the opportunity for redevelopment," Weiss said. "It's a critical tool for revitalizing blighted areas."

Developers said that all sorts of new projects on the East Side could someday emerge because of the New Markets tax credit, which already resulted in Roswell Park's first major new tower in decades. 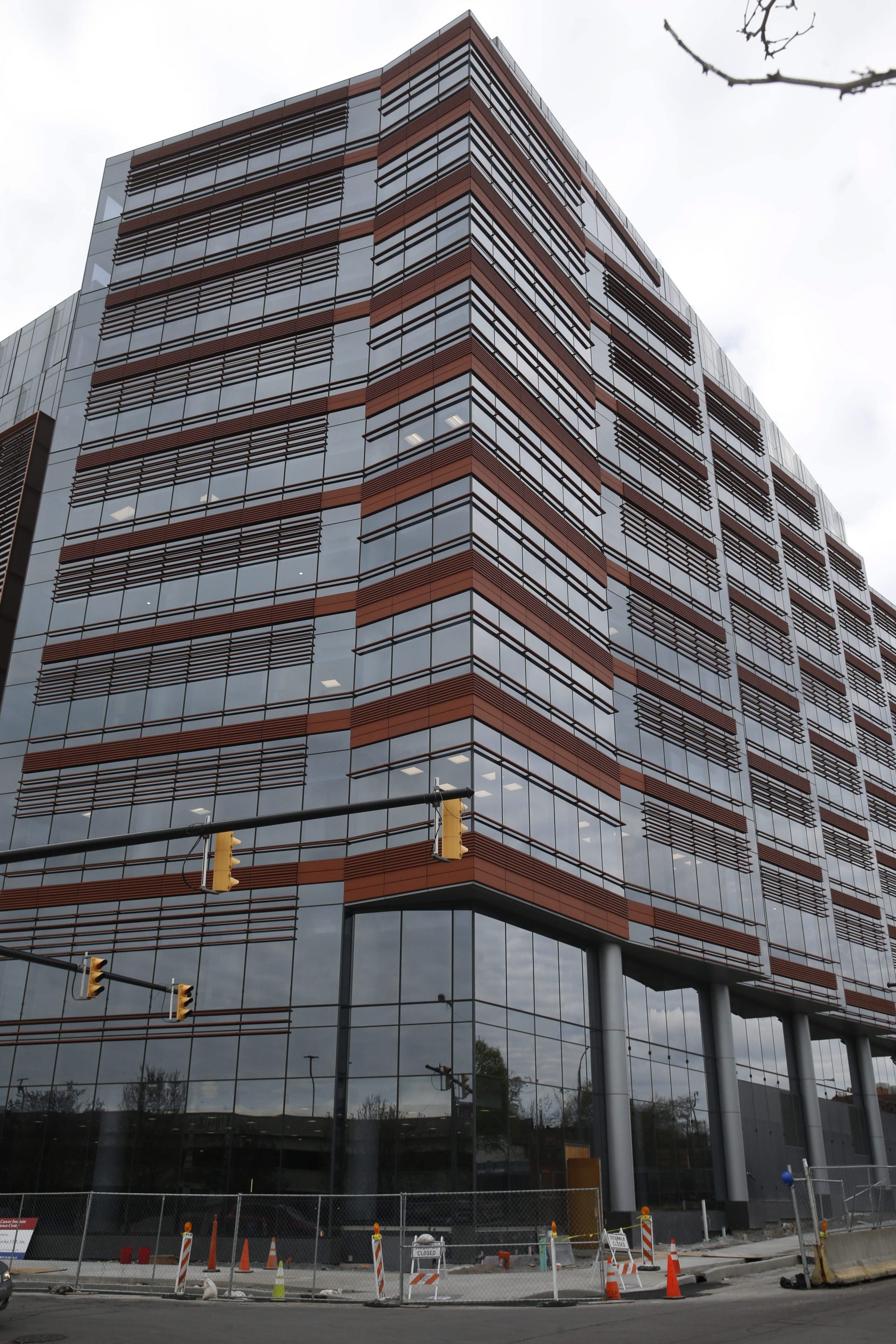 “The New Markets Tax Credit program helped us close the gap when we needed that final push of funding to make our Scott Bieler Clinical Sciences Center a reality," said Candace S. Johnson, the cancer center's president and CEO. "We really needed that space to grow and to meet the need for cancer care in this community, and we couldn’t have gotten there without these tax credits.”

Nevertheless, the New Markets credit – which offers developers a tax break of up to 39 percent – appears to be in more danger than the historic tax credit.

The Government Accountability Office reported in 2014 that the program wasn't properly supervised and that it may duplicate other federal programs aimed at spurring development.

"While combining public financing from multiple sources can fund projects that otherwise would not be viable, it also raises questions about whether the subsidies are unnecessarily duplicative because they are receiving funds from multiple federal sources," the government auditors' office stated.

Trump singled out the New Markets program in his budget proposal, and when asked about it during his confirmation hearing, Treasury Secretary Steven T. Mnuchin refused to commit to keeping it.

"If confirmed, I will work with Congress to determine which tax credits or deductions warrant retention, modification, or elimination in order to maximize economic growth and job creation," Mnuchin said.

The New Markets credit has its Republican defenders. They include Rep. Tom Reed, R-Corning, who sits on the House Ways and Means Committee with Higgins. That panel must approve any tax reform effort.

Reed recently touted the $4.8 million in net funding Jamestown's new National Comedy Center would get from the New Markets credit, and later said he will fight to keep the program alive.

"There are many of us that are expressing loud voices to make sure that the tax policy that works continues going forward," Reed said. "To me, things like the New Market Tax Credit, the low income housing tax credit, the historic tax credit have had a very rich return on the investment that they have cost the American taxpayer. And from my perspective, those are the tax policies that we need to continue to push forward with."

Collins stressed his support for the historic preservation tax credit, which dates to 1981 and which survived the last round of federal tax reform in 1986.

"It's not economically feasible to rehabilitate these old buildings without it," Collins said. "These are incentives to investors that really work. It's the icing on the cake to get these deals done."