Note: A total of 253 selections will be made, which includes 32 compensatory selections awarded to 16 teams. Compensatory draft picks, which begin at the end of Round 3, can be traded for the first time this year.

Here’s a look at the past 10 players to be picked 10th overall, and how they’ve fared:

• 2016: Eli Apple, CB, New York Giants – Apple started 11 games and appeared in 14 for the Giants as a rookie, finishing with 51 tackles, seven passes defensed, one interception and one forced fumble.
• 2015: Todd Gurley, RB, St. Louis Rams. – Gurley ran for more than 1,100 yards as a rookie, but his numbers dipped after the Rams’ move to Los Angeles. He finished with just 885 yards in 2016, averaging 3.2 yards per carry. His touchdowns also decreased, from 10 to six. 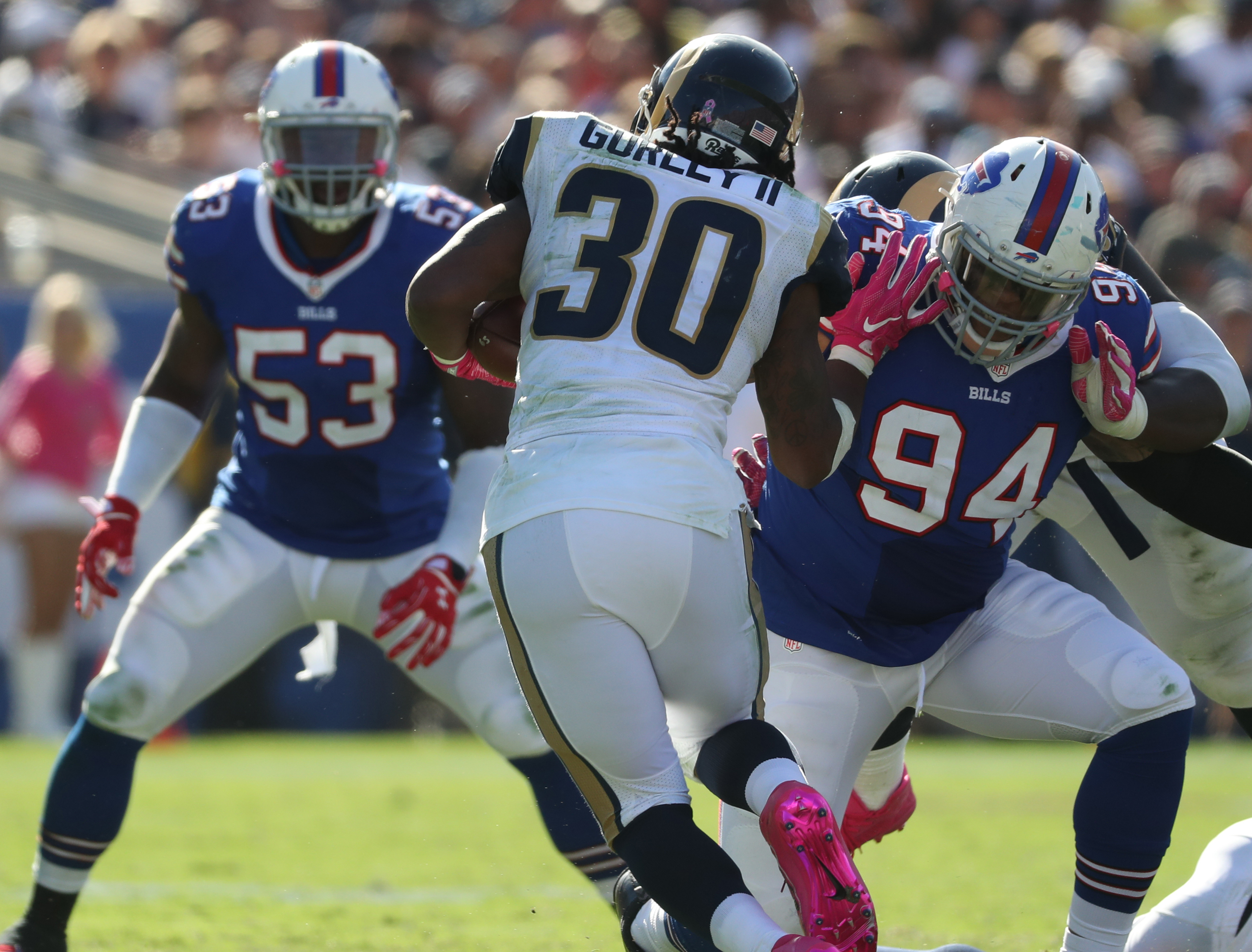 • 2014: Eric Ebron, TE, Detroit Lions. – It’s been an OK, not great, start to Ebron’s pro career. He has 1,496 receiving yards in three seasons, with seven touchdowns – five of which came in 2015. He had a career-best 711 receiving yards last season, giving hope his best is yet to come.
• 2013: Chance Warmack, OG, Tennessee Titans. – Warmack started 48 games over four seasons with the Titans, but was another disappointment in a terrible draft. He played just two games last year because of a hand injury, and signed a one-year contract with Philadelphia this offseason for just over $1 million.
• 2012: Stephon Gilmore, CB, Buffalo Bills. – Although there was a segment of the Bills Mafia that never embraced Gilmore, his five years in Buffalo featured stretches of excellent play along with some inconsistencies and injury trouble. Gilmore signed a contract worth up to $65 million this offseason with the Patriots.
• 2011: Blaine Gabbert, QB, Jacksonville Jaguars. – He started just 27 games over three seasons with the Jaguars before moving on to San Francisco, where he’s spent the past three seasons, starting 13 games. Gabbert has a career touchdowns-to-interceptions ratio of 38-to-37 and easily qualifies as a draft bust.
• 2010: Tyson Alualu, DL, Jacksonville Jaguars. – Alualu started the first 64 games of his career but never became the dominant player a team hopes they're getting at 10th overall. He has 376 tackles and 17.5 sacks in seven seasons, and signed a two-year contract with Pittsburgh this offseason as a free agent.
• 2009: Michael Crabtree, WR, San Francisco 49ers. – Crabtree spent six seasons with the 49ers before heading to the crosstown rival Raiders. He has two 1,000-yard seasons to his credit, and has 521 catches for 6,252 yards and 43 touchdowns in eight seasons. That includes 17 touchdowns the past two years in Oakland.
• 2008: Jerod Mayo, LB, New England Patriots. – Mayo appeared in 103 regular-season games over eight years with the Patriots, making 803 tackles, 11 sacks and three interceptions before retiring after the 2015 season. A two-time Pro Bowler and 2010 first-team All-Pro, Mayo won a Super Bowl with the Patriots in 2014.
• 2007: Amobi Okoye, DT, Houston Texans. – Okoye had 5.5 sacks as a rookie with the Texans, and started 58 games over four years. He then moved on to Chicago, where he appeared in 25 games over two seasons, but has been out of the NFL since the 2012 season. He went through a life-threatening illness in 2013 (being diagnosed with anti-NMDA receptor encephalitis), and a comeback attempt with the Cowboys ended when he was released before the 2015 season.

Sitting this one out 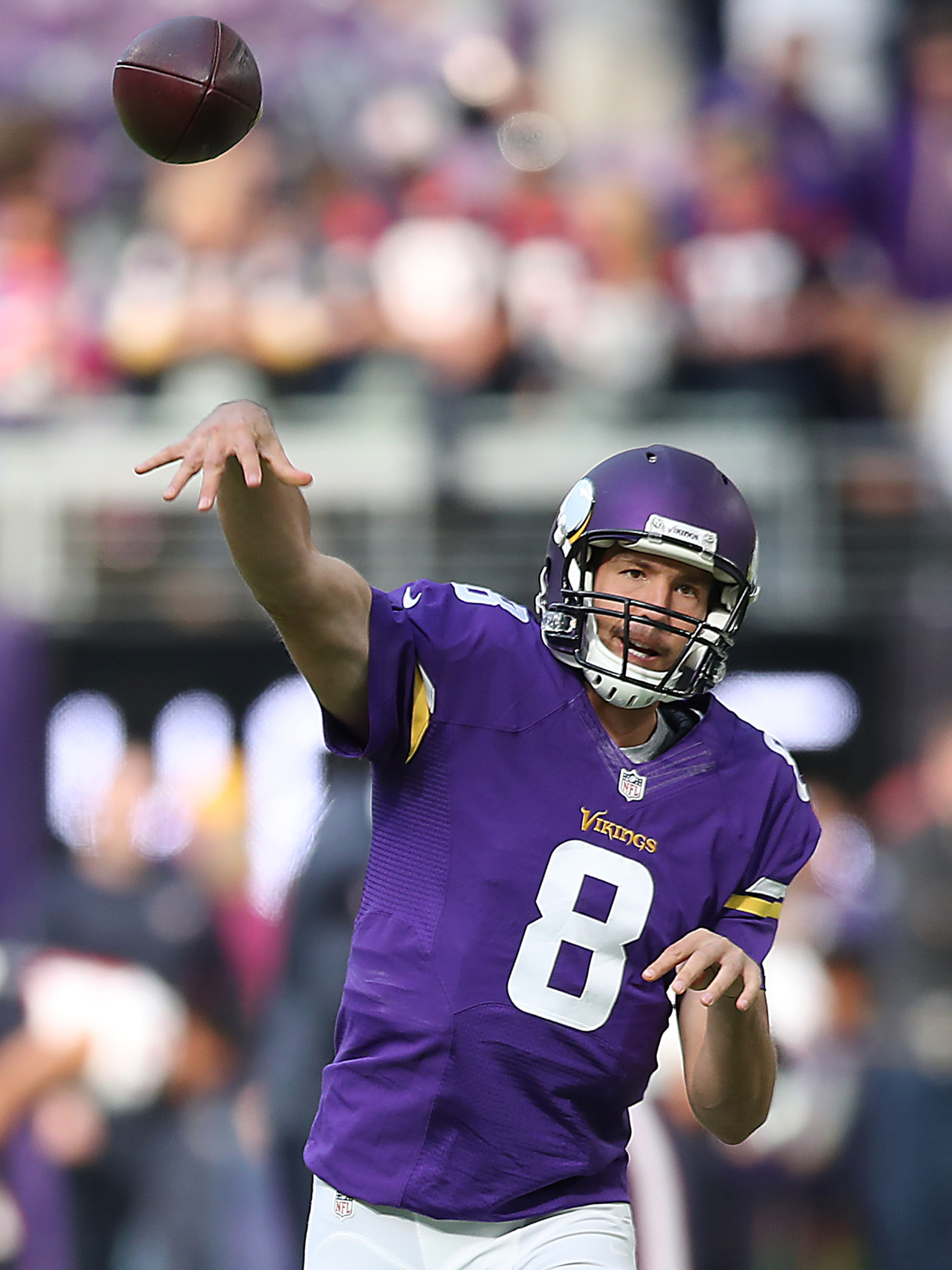 The Minnesota Vikings gave up this year's first-=round pick in a 2016 trade for Sam Bradford. (Getty Images)

The L.A. Rams traded their first-rounder, which ended up being No. 5 overall, to the Tennessee Titans last year as part of a move up to select Cal quarterback Jared Goff.

The Minnesota Vikings traded their first-rounder, No. 14 overall, to the Philadelphia Eagles for quarterback Sam Bradford.

The New England Patriots traded their first-rounder, No. 32 overall, to the New Orleans Saints for wide receiver Brandin Cooks.

Tight end O.J. Howard and defensive lineman Jonathan Allen are thought to be first-round locks coming out of Alabama. It that is indeed the case, or if linebacker Reuben Foster or offensive tackle Cam Robinson go in the first 32 picks, the Crimson Tide will have had at least one player picked in the first round for the ninth straight year. That will tie Florida (1983-91) for the second-longest such streak dating to 1967.

Miami had at least one player picked in the first round for 14 straight years, from 1995-2008. Given the talent Nick Saban recruits year in and year out, it wouldn’t be a surprise to see Alabama challenge the Hurricanes’ record.

If that happens, it will be the first time since 1972 that two D-lineman have gone 1-2, and just the third time in the common draft era (dating  to 1967). The Bills were involved in ’72, when they drafted Notre Dame’s Walt Patulski first overall. He was followed by California’s Sherman White, who went to Cincinnati.

Should a member (or members) of the University at Buffalo football team get drafted, he would become the 10th Bull to do so since 1970. The list of UB players who have been selected: 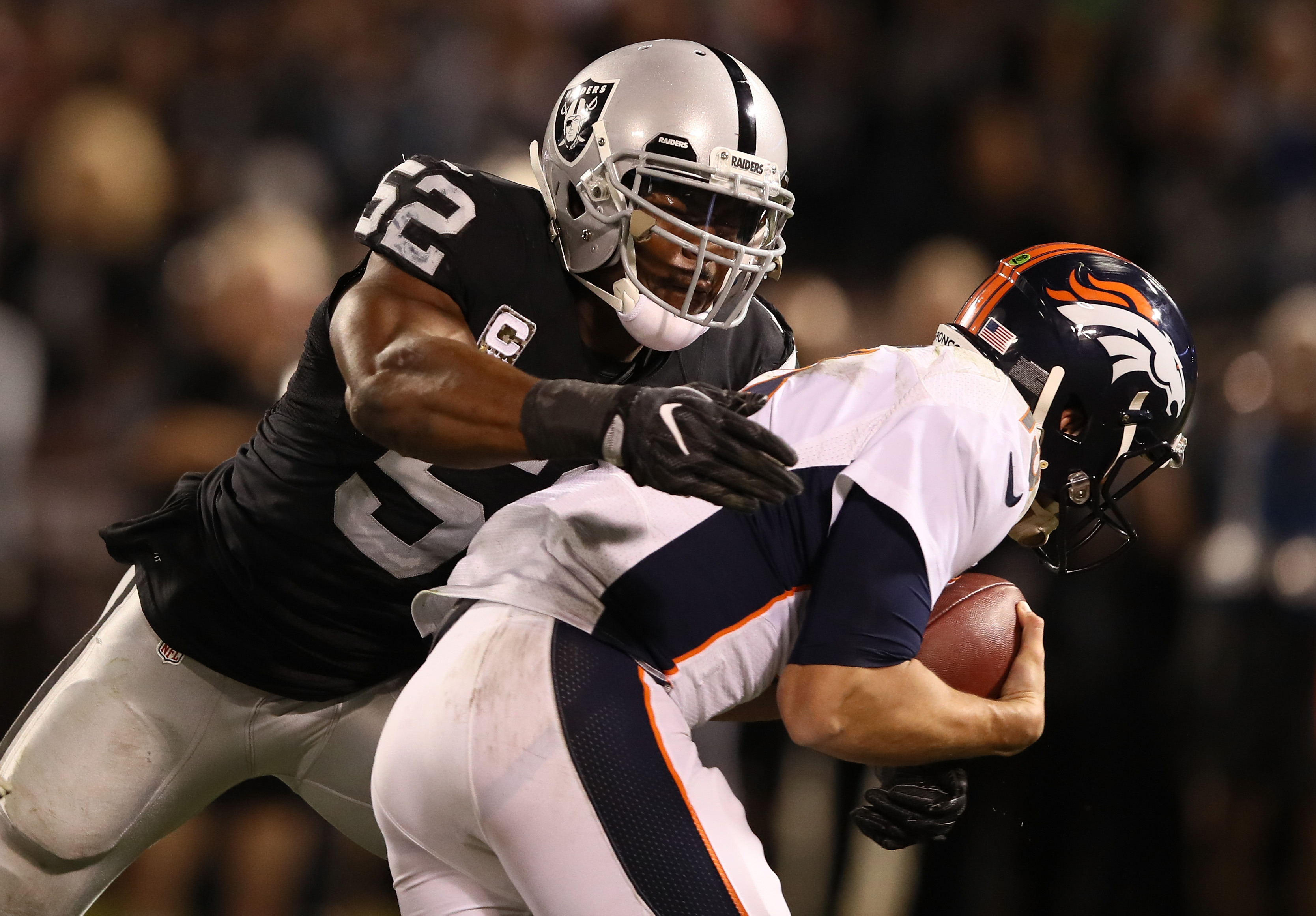 UB's Khalil Mack went to Oakland in the first round of the 2014 draft.

“If the 2017 NFL Draft buzz seems a little muted, it is not for lack of game tape. Team personnel evaluators have been saying for months that this class boasts a depth of talent that makes coaches and general managers salivate. Immediate starters will be found well into the middle rounds, they believe, and the group is particularly strong at defensive back, running back, edge rusher and tight end. The only real problem with this class -- unless you're in the market for an offensive lineman, where this group is weak -- is it is being judged through the prism of our own quarterback myopia.” – NFL Network’s Judy Battista

And the awards go to …

Courtesy of the website bookmaker.eu, some recent prop bets based on the first round include: