The stately mansion that sits atop a small hill at 641 Delaware Ave. has a long, albeit spotty, history that predates its fame as the site of Theodore Roosevelt’s inauguration as the 26th president of the United States at the height of the Pan-American Exposition.

Roosevelt, of course, was thrust into the presidency on Sept. 14, 1901, when William McKinley finally succumbed to wounds suffered from an anarchist’s attack at the Temple of Music at the exposition eight days earlier. Roosevelt would cement his legacy as one of the nation’s most celebrated political figures not only on account of his accomplishments as president but also his larger-than-life persona.

But what of the mansion where Roosevelt was suddenly thrust into the presidency? What of its origins?

The Ansley Wilcox Mansion, unlike Roosevelt, had more humble beginnings as a spartan senior officers’ quarters of the Buffalo Barracks. Bounded by Main, Allen, Delaware and North streets, the barracks were hastily constructed in response to increasing tensions between the United States and England amid several attempted colonial rebellions in Canada. 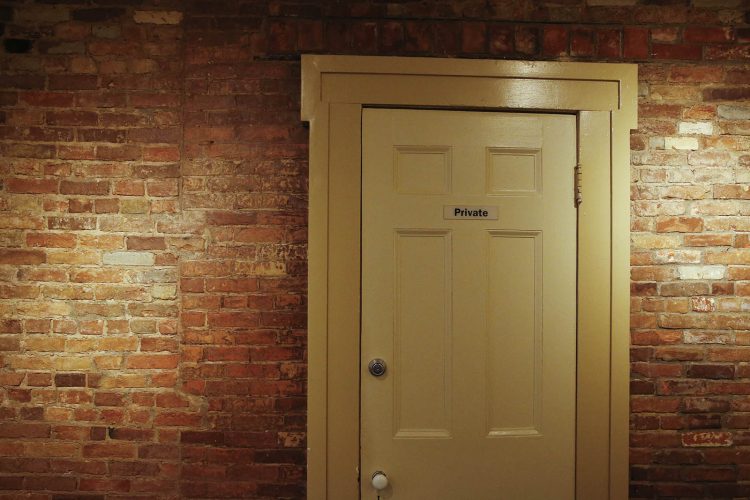 The Wilcox Mansion was originally an army barrack before it was converted to a house in the mid-1800s. The original exterior wall of the barracks is still visible as a brick wall separating the exhibits from office space. Click on the photo above to see more images of the Wilcox Mansion today. (Derek Gee/News file photo)

Many of the city’s residents, still angered at the burning of Buffalo in 1813, offered money, provisions and arms to the rebels, while still others fought against the British Empire in Canada. Construction of the barracks itself was necessitated when British forces took siege of the American steamer Caroline — which was known to supply the rebels — at Fort Schlosser (near the present-day water intakes at Niagara Falls), towed it into the churning currents of the Niagara River, set it ablaze, and cast it over the falls. 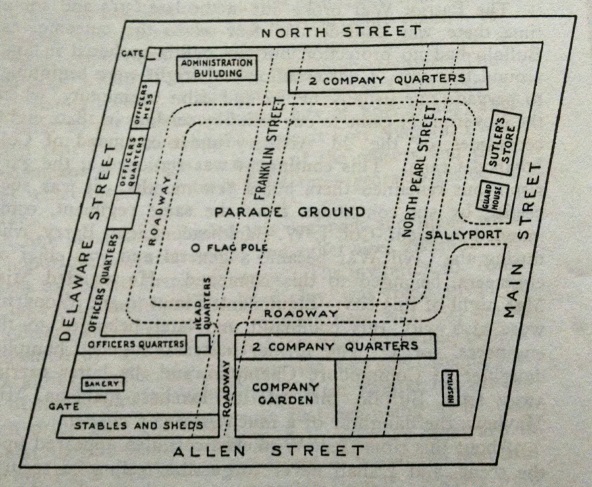 The grounds of the Buffalo Barracks in 1840. (Drawing courtesy of the Theodore Roosevelt Inaugural Site.)

The barracks, built in 1839, spanned 18 acres and overlooked nearby Lake Erie and the Niagara River. Several structures surrounded its parade grounds, including company and junior officers’ quarters, stables, hospital, bakery, guard house and a sutler’s store. A garden grew adjacent to Allen Street.

The senior officers’ quarters, which later became the Ansley Wilcox Mansion, was built in 1840 on the western boundaries of the barracks, overlooking a small, rural cemetery where Walgreens now stands. The building was much smaller than its modern-day incarnation, as it was a duplex with two small parlors on the ground floor and two bedrooms above it for each family.

There have been, of course, several renovations to the quarters after the barracks was abandoned and it was turned into a private residence, but the library where Theodore Roosevelt was sworn in as president was original to the building.

It should be noted that of all the senior officers stationed at the Buffalo Barracks, one name is easily recognizable to most people — not because of his military exploits but because it was used as the protagonist of Washington Irving’s "The Legend of Sleepy Hollow." Lt. Col. Ichabod Crane served here, ever so briefly.