Empire United Buffalo is the oldest of the current premier clubs in the Buffalo area, with roots back to 2007, when it replaced Buffalo United. The Empire United organization is headquartered in Rochester - where a new facility was built in 2016 - but its presence in Buffalo has deep roots.

While a United States national team player has yet to hail from Buffalo, the Empire United administration believes that day is quickly approaching.

Mission statement: "We aim to provide the youth of Western New York the benefits of a team sport that develops character and sportsmanship, promotes enjoyment and allows each individual player to achieve his/her best on and off the soccer field.

Additionally, we expect to provide elite-level youth soccer players with a challenging, high performance environment. Our goal is to offer the serious player a platform for them to attain their highest possible level, whether that is college, professional or international competition."

Zone 1 basics: This group plays November through July, with less travel in almost all cases, than Zone 2. Sessions run three times per week indoors from November through April, when practices drop to twice each week due to a busier game schedule. 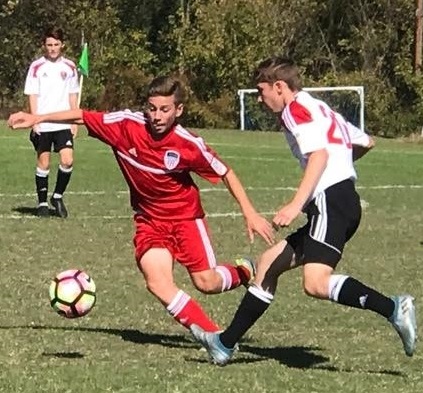 Empire United Buffalo is split into Zone 1 and Zone 2 teams. (via Empire)

At the younger end of Zone 1, Empire Buffalo partners with local clubs to identify players and educate coaches. Empire and Northtowns have partnered on a House League, which runs U-6, U-8, U-10 and U-12, offers regular training during the week with matches on Saturdays.

Empire also works closely with Niagara Wheatfield Athletic Association's Junior Stallions on a House League, which runs May 30 to Aug. 3 in Fairmount Park (6812 Nash Road, Wheatfield), and costs between $95 and $120.

Older Zone 1 Empire Buffalo teams, specifically U-11 and U-12, compete in the New York State West Thruway League against squads from Buffalo, Rochester, Syracuse and Binghamton.

As Empire Buffalo players progress through Zone 1, they are continuously evaluated to determine whether they're fit for the Empire Development Academy teams, which comprise the top players from Buffalo, Syracuse, Rochester, Niagara Falls, Ont. and beyond. More on the DA to come in this article.

Zone 2 basics: These teams often play in multiple leagues - including the Thruway League, Eastern Region Soccer League and Great Lakes Alliance - to maximize the number of games. Players can expect to play between 25-30 games each year. 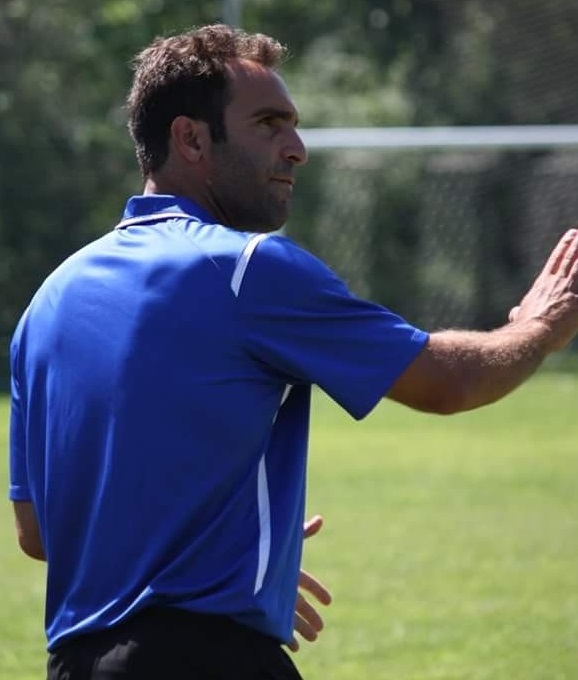 Empire's Zone 2 teams compete in State Cup, the annual tournament among premier clubs in New York West, each summer. The Empire U-18 and U-19 boys each won State Cup in 2016. Both sides then participated in the Region I Championships.

Empire Buffalo Zone 2 teams train three times each week at Sportsplex during the winter, then practices dip to twice weekly as the game schedule picks up from April through early June.

For the first time, in 2016-17, Empire instituted a strength and conditioning segment at the beginning of each training session, using the second-floor weight area at Sportsplex.

For players at the end of the Zone 2 age group who intend to play college soccer, Empire has a recruitment program headed by Niagara women's assistant coach Rob Jackman, who helps club players identify and connect with colleges.

Overall number of teams: Seven Empire Buffalo teams apiece for boys and girls (usually eight, although there's no U-9 this year).

Home base: Sportsplex (90 Ridge Road, North Tonawanda) during the winter. Playing fields vary by team during the summer, but some venues include Nichols School, West Seneca Soccer Complex and Grand Island High School.

Browse the club's coaching staff (once it's released for the coming season). One highlight was the selection of Empire Buffalo head coach Mike Ertel as the United States Youth Soccer Association (USYSA) Region I coach of the year. 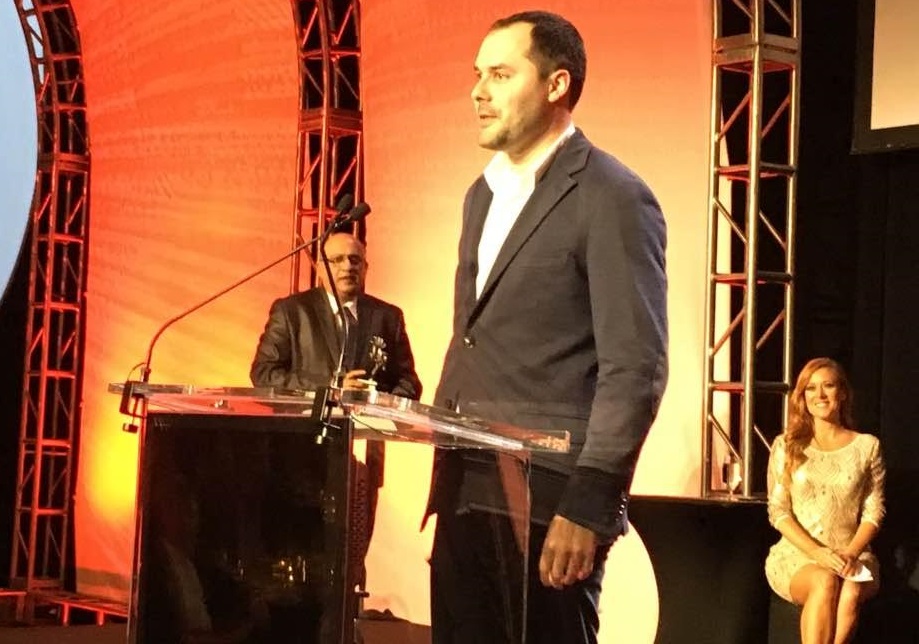 Mike Ertel accepts his honor as Region I coach of the year. (via Empire)

Should a player stand out in Empire Buffalo's Zone 1, the next step is the Empire Development Academy, which recruits top players statewide, although most hail from the club's branches in Buffalo, Rochester, Syracuse and Niagara Falls, Ont.

Under the umbrella of U.S. Soccer, Empire Development Academy abides by the governing body's rules, which places each club in one league and determines a preferred training structure. Both Cribbs and O'Neil emphasized Empire's commitment to U.S. Soccer's player development model in order to produce international-level players - the program's overarching goal.

U.S. Soccer sets up a 10-month calendar with 25-30 games scheduled for each team per season. These matches are played September through November, then March through May, and involve travel for league games and to college showcase tournaments. The DA squads do not participate in State Cup.

The months of December, January and February are dedicated to training and one larger showcase tournament. Most of June, July and August are free from obligations.

Training: Development Academy teams train four times each week, with three sessions at the Empire United Soccer Complex and one local session for the Buffalo-based players on the side.

Where: The Empire Development Academy trains at the Empire United Soccer Complex (1520 John St., West Henrietta), which houses a 100'-by-50' turf field completed in late 2016. In March 2016, Empire completed the John Street Field, a 120'-by-75' artificial turf outdoor pitch, with lights, for the club's DA matches. 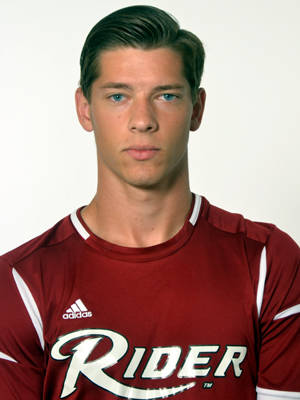 Defender Andrew Crawford attended Williamsville South but developed as a soccer player through the Empire Development Academy. (via Rider)

Boys' DA products: Based in Rochester, the Boys' DA has produced Major League Soccer players like Alex Bono, a goalkeeper from Syracuse; Jordan Allen, a midfielder from Rochester; and Ethan Kutler, a midfielder-forward from Colgate.

Plenty of top players from Buffalo have made the frequent trek to Rochester to take part - alums like Andrew Crawford (Rider), Frank Cotroneo (Villanova), Isaiah Barrett (Binghamton), Evan Walsh (Canisius), Derek Maier (Canisius) and Jake Rinow (Cornell), among others, all grew up in Buffalo, played in the Empire Development Academy and earned spots at NCAA Division I programs.

More recently, Jake Schaffer, a sophomore at Orchard Park who played Empire United Buffalo, was selected to the U-16 DA team, based in Rochester.

After a series of standout performances, the defender attended a U.S. Soccer Training Center session, an invite-only workout of roughly 30 to 40 players with youth national team potential.

Empire is the only club in Western New York that's intimately connected with U.S. Soccer.

These four girls academy teams, the pinnacle of the girls side of the program, are expected to be chosen by the end of June. The schedule - split roughly evenly between fall (Sept. 2 to Nov. 19, 2017) and spring (Jan. 20 to June 3) - emphasizes as many single-game weekends as possible, with academy technical advisors and U.S. Soccer Federation scouts appearing at these matches regularly.

Three showcase tournaments - one in winter, one spring and one summer - also serve as opportunities to perform in front of several U.S. Soccer technical advisors and scouts. Teams will play no more than three matches in a four-day span, a departure from the old model of two or three matches per day.

Like the boys' side, the Girls' DA will be centered in Rochester but will be open to players from the entire region. The four teams will compete in the seven-team Northeast Region.

Know your premier club: The Series