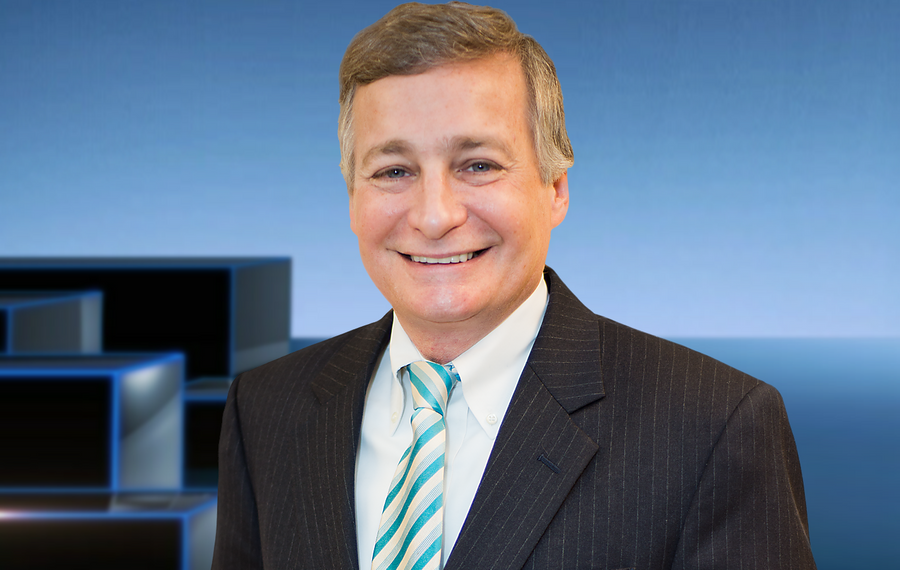 Before I even made it to my vacation hotel two weeks ago, I got a tweet delivering the sad news that Channel 2's award-winning reporter Scott Brown had died after a battle with cancer.

Through the app that allows Western New Yorkers to watch Channel 2 no matter where they are, I saw how the station's 6 p.m. news handled Brown's death that night.

When the newscast led with Brown's death, my immediate thought was Brown might have been surprised at all the attention. He was an extremely private man who might have wondered why his death was judged important enough to top the news.

Channel 2's chief photojournalist, Andy DeSantis, who worked on hundreds of stories with Brown, understood my reaction but saw the tribute differently.

"I thought under the circumstances it was appropriate," said DeSantis. "And I thought Scott would have liked the tribute we did for him. Because it dealt mostly with how he spent his life and didn't delve into what happened to him toward the end. He spent most of his life telling stories. ... I think the way we approached his story, he would have appreciated it."

All the salutes on social media from past and current co-workers spoke to how respected Brown was inside the business. The story about his death also was No. 1 on The News online list that week, illustrating how admired he was by people who knew him from his reports only. I would be remiss if I didn't add my admiration.

The last time I saw Brown was months ago at the downtown Ted's with my family. DeSantis laughed when I told him that, saying Ted's was one of Brown's two favorite eating places. He was eating alone. I said hello and moved on, thinking he was tired of being asked how he felt. In hindsight, I wish we had talked longer.

The only time he appeared to want the limelight was at awards time. DeSantis figured Brown was nominated for more than 30 New York State Emmys and won about 11 or 12.

Brown might win a few more on May 6 when the awards are given out in New York City. DeSantis worked on three of Brown's four nominated stories.

"He was tenacious," said DeSantis. "He came from radio. When he started working here, he learned as much as he could have about visual storytelling. He became great at it. He became one of the best storytellers."

I laughed at that DeSantis line. I once wrote Brown was "one of the station's best." The line, which was included in The News' story about Brown's death, used to prompt some good-natured kidding between Brown and Channel 2 co-anchor Scott Levin.

"I always reminded him jokingly that he was just 'one of the best, not THE Best," Levin wrote in a text. He also sent me the last text he sent Brown.

"Congrats on the Emmy nominations," Levin texted Brown. "After all, you are ONE of the best … NOT the best ... Just ONE of them."

I'll acknowledge that the "one of the best" lines might have shortchanged Brown. Brown was one of the two best reporters at the station. (Everyone else at the station can think they are the other one).

One of Brown's final four nominated stories was "David Walks," about a young boy with cerebral palsy. "We followed him for 18 months," recalled DeSantis. "He went from using crutches and a walker to walking on his own. These stories that he told, especially 'David Walks,' they were all close to him. They are all his babies. He took great in pride in them."

DeSantis said Brown was a perfectionist, which led to occasional frustration. The last thing they'd discuss was the music added to set the mood for the story.

"Sometimes we would sit there for an hour or more and listen to music," said DeSantis. "And it just had to be exact to create a mood. We would lay it all down and I said, 'I think it is fine.' And he would listen to it and listen to it, and say 'let's go back and listen to some more.' That would be frustrating but you know what? He'd find something that was even better."

My occasional interviews with Brown often felt as much like negotiations as interviews. The one time I got him talking easily was years ago when I did a story about the two different Channel 2 news departments where Brown worked.

He was a Channel 2 reporter when it was the third-rated news station in town in the 1980s and few Western New Yorkers watched, and he returned to Channel 2 in 2003 – after working in politics – when it was a brand new ballgame.

“We had four owners in seven or eight years,” said Brown of his first stint at Channel 2. “I left right before one of the owners went into bankruptcy. Back then, our main concern was filling up air time. Quality was not a big part of the equation. The call letters are the same and the address is the same, but pretty much everything else is different (than it was in the 1980s).”

He was "one of the best" reasons for the turnaround thanks to his award-winning investigative, political and human interest stories.

He also was a reporter that appears to be increasingly rare in local television news. Local executives have told me that it is difficult to keep strong veteran male reporters in mid-major markets like Buffalo or even attracting them to come here.

"He loved Buffalo, he loved working in Buffalo, but he could have worked in any market in the country," said DeSantis.

One of the best ways to remember him would be if he won a few more Emmys in a few weeks. DeSantis most likely would accept any award for his friend.

"I would be extremely proud," said DeSantis. "And feel bad that Scott couldn't be there. Because Scott used to love to go to the Emmy Awards. And I feel bad he is not here at work right now."