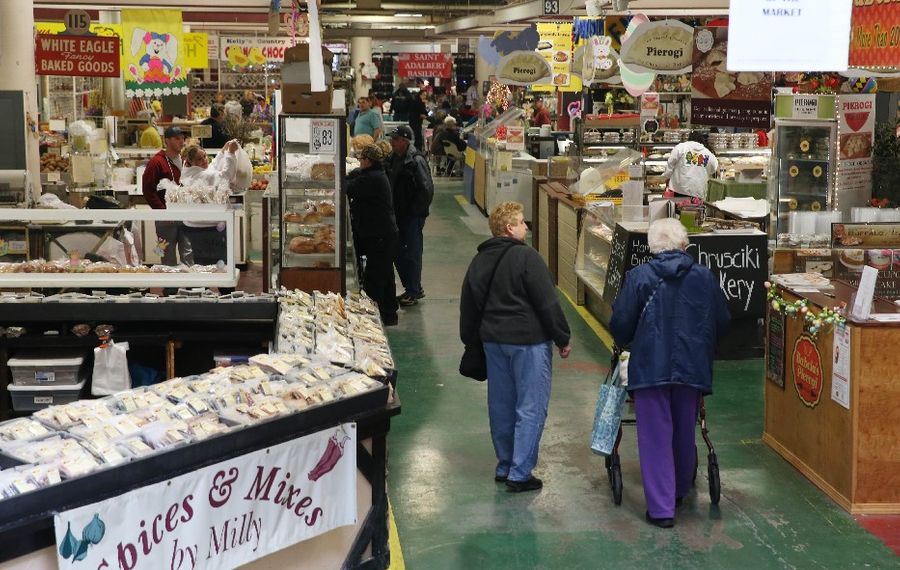 There will be substantial additions – ranging from a new "community kitchen" to a mini police station – to look forward to at the Broadway Market once this Easter season is over.

It’s all part of an effort to solve a problem that has long vexed the city: How to transform the market’s 90,000 square feet of retail space into more of a year-round attraction, rather than a facility that draws huge crowds only during Easter week.

The city-financed improvements will help stimulate new private sector investment and retain businesses that have been around for awhile, said Mayor Byron W. Brown.

"We see the market as an important center of the community," Brown said.

He pointed to the market’s Save-a-Lot grocery store as a "maintained" private-sector investment and the Aldi that opened across the street in 2012 as the kind of new private investment the city is banking on. Investors already are purchasing several properties in the area, including the former Kmart across the street from the market.

Brown wants to see additional private sector investment, spurred by what the city has on the drawing board to upgrade the 129-year-old landmark:

• A "community kitchen" featuring a commercial-grade, stainless-steel stove, refrigerator and freezer will be installed this year in an 800-square-foot space in the back of the building, said market Manager Kathleen Peterson. It will cost about $450,000, Brown said.

Saturdays will be Open Day for the kitchen, when guest chefs will offer healthy cooking classes and demonstrations on such techniques as the proper way to chop vegetables, Peterson said. Officials hope that will attract more visitors throughout the year and help the market capitalize on the interest in healthy eating.

The cooking demonstrations could be recorded and shown on the city’s public access TV channels, giving the market even more exposure, said Fillmore Council Member David A. Franczyk, whose district contains the market.

Market vendors will be able to lease the community kitchen during other times to prepare food and sell it, Peterson said.

Brown sees the new kitchen as a way to "grow businesses" in the facility that first opened in 1888.

• Free Wi-Fi went live at the market just before the Easter season kicked off. The main goal of the $5,000 project was to help temporary vendors, like those who set up shop during the Easter business boom, handle electronic transactions.

"The primary reason was to facilitate commerce, to make it easier to process credit cards," Brown said.

But Wi-Fi is not available to customers just yet, Peterson said. Hopefully, it will be by next Easter, she said.

[Gallery: Visiting the Broadway Market a rite of spring]

• Resurfacing of the market’s drab flooring will begin its second phase next week with more phases to come, officials said.

Flooring throughout the building ultimately will have its paint removed and will be resurfaced and polished. The goal is to make the floor more "attractive and uniform," the mayor said.

• A Broadway Market police substation should be completed by the end of the year in second-floor space that’s already vacant, Brown said.

The mini police station will operate around the clock, 365 days a year and will be staffed with a minimum of 30 police officers working out of the building, Brown said.

The police presence will enhance feelings of security in and around the East Side landmark. The mayor sees the substation as part of the city’s long-term commitment not only to the market, but to residents and investors in the larger Broadway-Fillmore area.

In the meantime, he noted, the city already provides armed security at the market. That will remain, while the police officers focus on the entire neighborhood, including the market.

Catherine Bartolo, a West Seneca resident who usually only visits the market during the Easter season, said that could change for her and her family once the police substation opens up.

"I would love to see more police presence in the market and the neighborhood," she said while on her annual pilgrimage this week. "We would come down more often and make it a family day – an event – like we do at Eastertime." 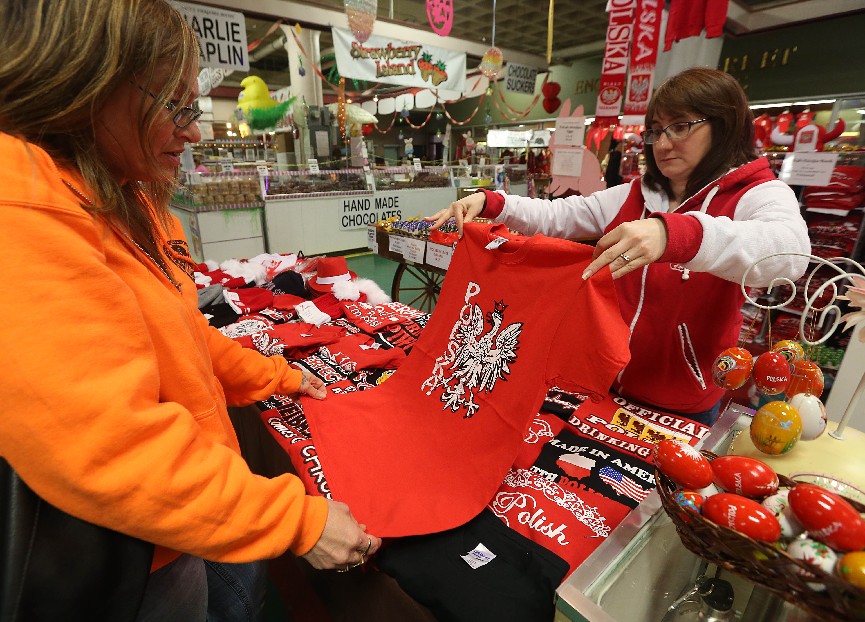 Free Wi-Fi that the public could access also would be a welcome addition, said Delilah Garrison, a local college student who lives in Cheektowaga. She said it would make her more inclined to have lunch at the market or do homework or simply hang out and use her laptop in between classes.

"I could see myself spending more time here if they had Wi-Fi. Practically every place has it now, anyway," she said while making her way through the crowded aisles as live bands played to entertain the throngs.

Franczyk, who has long advocated searching for ways to build on the market’s assets, said it should focus on its retail strengths while also noting that the city is not a marketing entity and doesn’t have that expertise. Last year, for instance, he went to a markets association conference that he said could be helpful to Buffalo.

From the archives: Easter '83 at The Broadway Market

"The city should pay for Kathy to go to those and network," Franczyk said of Peterson.

Success at the Broadway Market, he continued, largely depends on showcasing local vendors with unique products that people can’t get normally. The whole emphasis has to be the linkage from hometown farms to small vendors to the family table – with a little "TLC" thrown in.

"If I go to the Broadway Market, I can get horseradish ground in front of my eyes," he said. "There’s a lady in the Broadway Market that carries the same kind of coffee that my wife likes; she can only find it there at Broadway Market. There’s a vendor that has pistachios that come from Greece. That’s the only place I can find those pistachios. And they taste different than the California pistachios.

"Stuff like that is really cool," Franczyk said. "People want that local touch."