Rosalind Cramer, a popular actress and director who co-founded Theatre of Youth in 1972 and influenced generations of Buffalo performers, died Friday in Sarasota, Fla. She was 81.

The cause was cancer, according to Cramer's longtime friend and Theatre of Youth Artistic Director Meg Quinn.

Cramer, who was born in Hackensack, N.J. and earned degrees in theater and teaching from Boston University at Columbia University's Teachers College, moved to Buffalo in 1965 and soon became a professor of theater at Rosary Hill College (now Daemen College).

In 1972, Cramer and her student Toni Smith Wilson were inspired by a trip to a children's theater conference to launch Theatre of Youth, a company focused on fostering a new generation of theatergoers. Forty-five years later, that company is going strong under the leadership of Quinn, one of Cramer's hundreds of mentees.

"She never looked at child audience as needing or deserving anything less than your best," said Quinn, a founding member of TOY and student of Cramer's who has led the company since 1993. "She inspired all of us and she set a goal and set a standard. Obviously, I really connected to all that, and what's why I'm still here."

The current Theater of Youth season is dedicated to Cramer and Wilson. 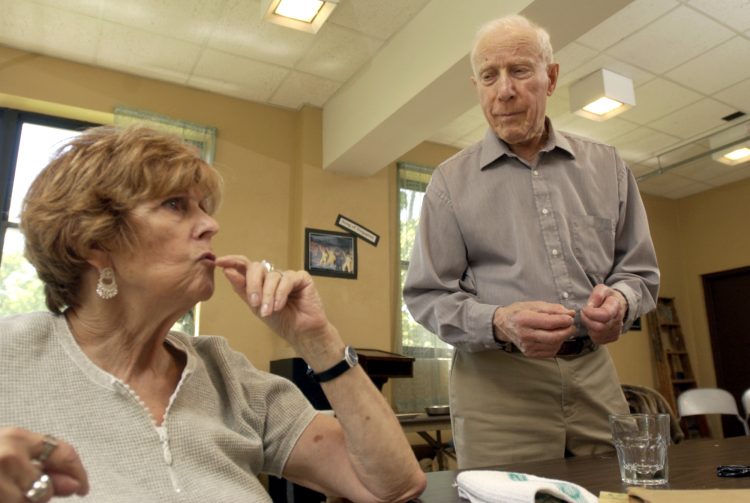 Rosalind Cramer and Manny Fried rehearse the play "I Can't Remember Anything" at MusicalFare Theatre in May, 2004. (News File Photo)

Apart from her work at TOY, Cramer directed about 200 productions at Daemen and appeared on almost every professional stage in Western New York.

Onstage, she was often cast as the wise woman of a certain age. Reviewer Patricia Donovan called her "the absolute queen of crones" in a 1990 review of her performance as one of Three Weird Sisters in Theatre of Youth's production of "Macbeth" -- part of a series of adult material the company presented for several years in the late '80s and early '90s.

In her 36-year teaching career at Daemen, Cramer was also instrumental in the formation of MusicalFare Theatre, which now sits on the college's campus.

"Roz's influence is hard to even calculate or measure because there are so many reverberations or ripples," said MusicalFare Artistic and Executive Director Randall Kramer. "She was just fantastic for that. She was always an incredible supporter and ambassador for Buffalo." 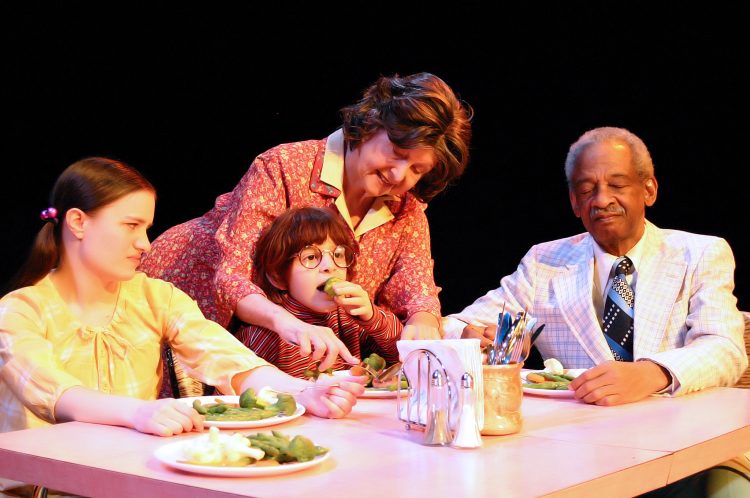 Rosalind Cramer starred in the 2008 Theatre of Youth production of "The Great Gilly Hopkins."

In 2004, with the late Buffalo playwright and union organizer Manny Fried, Cramer formed the short-lived Gerald Fried Theatre Company, dedicated to making roles available to older actors. And she continued to foster younger actors, many of whom posted emotional remembrances on Facebook when they learned of her death on Friday.

"On her last day of teaching, she came down to my office and asked me if I would close her office door after she left the building. She couldn't bring herself to close it that final time," MusicalFare Theatre's Marketing and Production Coordinator Doug Weyand. "She was a wonderful teacher, actor, director, playwright and, most of all, human being."

In recent years, Cramer split her time between Williamstown, Mass. and Sarasota, Fla., often appearing onstage at the Williamstown Theatre Festival and in several Sarasota theaters. She frequently returned to Buffalo for theater fundraisers and other events.

According to her longtime friend Darleen Pickering Hummert, Cramer wrote a new play about her illness that Hummert plans to produce with her company Theatre for Change.

"I think that we, all the other theaters here owe a debt to Ros and Toni Smith Wilson for co-founding that company, because they have served all these years to educate children to grow up hopefully to be theatergoers," Hummert said.

Asked what impression Cramer left on the theater community, Hummert explained what made her unique as an actor.

"She gave you so much onstage," Hummert said. "Some people are terrific actors but they're kind of alone out there. But you'd always look over at Ros, and she was with you."

Cramer is survived by her husband of 57 years, Stan; a son, Matthew; two daughters, Elizabeth and Lauren; three grandchildren and two great-grandchildren. A memorial was held in Sarasota on Monday, and another is planned by Cramer's Buffalo friends and admirers at 2 p.m. June 25 in the Allendale Theatre, 203 Allen St.