When talking about the bizarre and sudden appeal of bitcoin, finance expert Brian Wolfe likes to compare it to a currency we all know: the U.S. dollar.

Ask anyone where a dollar comes from and they're likely to say, a bank. The more informed, Wolfe says, might answer the Federal Reserve.

Now ask those same people where bitcoin comes from; or, even better, what is bitcoin?

"People don't fully understand this," said Wolfe, an assistant professor of finance at the University at Buffalo School of Management. "To the consumer, it's a bit of novelty." 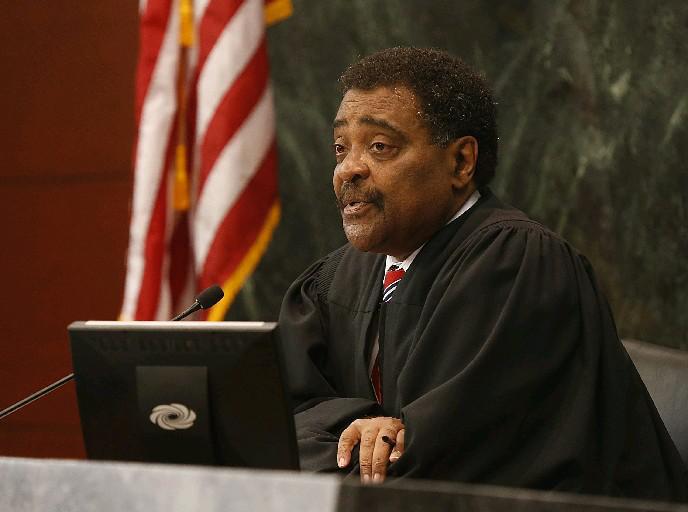 It's a novelty that has more than doubled in value the past year and, since its arrival on the digital scene in 2009, has shaken up financial markets, spawned other so-called cryptocurrencies and remained a mind-scratching phenomenon.

Now, a federal judge in Buffalo is wading into the national debate by suggesting that bitcoin isn't money at all.

In a local money laundering case, U.S. Magistrate Judge Hugh B. Scott recently ruled that bitcoin is similar to a commodity, something akin to a collectible, not a form of currency.

While Scott's decision may not stand – the district judge reviewing it may take a different position – it does raise the type of legal questions that confront people and businesses eager to move away from traditional forms of money.

Wolfe says bitcoin may not be the ultimate answer, but cryptocurrencies and what they represent – a rapid, decentralized, low-cost digital approach to transactions, protected by encryption – are here to stay.

"I think it's inevitable," he said. "The technology that underpins bitcoin is extremely powerful."

Which, of course, begs the question: What is bitcoin?

Described by advocates as a digital or virtual currency, bitcoin is a medium of exchange that, unlike the dollar, is completely decentralized. There is no central bank or middle man, so two parties can do business directly.

Bitcoin also allows consumers to avoid transaction or bank fees and, because of the technology used to transmit and store information, there's a sense of anonymity and security.

Experts say the anonymity is exaggerated, but law enforcement officials say it remains a popular form of exchange for criminals engaging in everything from sex trafficking and drug smuggling to identity theft and illegal weapons sales.

"It certainly has caught on among people using the dark net and among people who want to hide their tracks," said Assistant U.S. Attorney Wei Xiang.

The anonymity and absence of a middleman are at the root of bitcoin's appeal, and it's that consumer and investor demand that drives its volatile rise and fall in value. Think of it as an ever-changing stock or precious metal.

The rising value of bitcoin

Viewed as electronic cash, bitcoin is actually the product of a complex, encrypted computer program. New bitcoins are introduced into circulation every day by the people – or "miners," as they're known – who use their computers to process bitcoin transactions.

To record a transaction, a miner must find the online equivalent of a new ledger page in bitcoin's ever-growing database of transactions, and that means winning a computational contest with other miners. The winner is rewarded with new bitcoins.

From that point on, those bitcoins become part of the more than 16 million bitcoins in circulation and available for use by consumers or investors, criminals and non-criminals.

There's no shortage of get-rich stories involving bitcoin. Like the Norwegian man who bought 5,000 bitcoins when they first came out in 2009 and promptly forgot about his $27 investment. Six years later, he remembered he still had the bitcoins and realized they had become worth $980,000.

Created in 2009 by Satoshi Nakamoto, an individual many believe is a composite, bitcoin has grown in use and value, often fluctuating wildly when compared to the dollar. In the past year, a bitcoin has increased from $420 to $1,166 in value.

One the province of drug dealers and terrorists, bitcoin has gained some legitimacy as a form of online payment, and more and more vendors and retailers are accepting it, including Microsoft and Expedia, according to 99bitcoins.com, which tracks the use of the digital currency. There are even bitcoin ATMs in some cities, including Toronto.

Scott doesn't dispute the value of bitcoins but, in his eyes, that doesn't make them money. Scott defines currency as a financial instrument or medium of exchange that is assessed value, is regulated and is protected by a sovereign power.

Yes, bitcoins have value, but they are not regulated and there is no government or central authority backing them up. To the contrary, Scott noted, "the whole point of bitcoin is to escape the entanglement with sovereign governments."

"Money is not just any financial instrument or medium of exchange that people can devise on their own," the judge said in his ruling.

Scott said he could not rule out the possibility that bitcoin may someday become a widespread and routine form of exchange but, until then, it remains a commodity compared to collectibles like "marbles, Beanie Babies or Pokemon trading cards."

While Scott's decision, a recommendation to U.S. District Judge Charles J. Siragusa, raises interesting legal questions about bitcoin, it is unlikely to move forward in the courts. Defense lawyers in the money laundering case that gave rise to the decision are withdrawing their motion to dismiss the charge, in part because Siragusa has indicated he might reject Scott's recommendation.

Early on, it was Siragusa who noted the potential "far-reaching" consequences of Scott's decision, and they were obvious in the money laundering case against Richard Petix, a 31-year-old Rochester man.

Petix, who has a previous child pornography conviction, is accused of selling $13,000 in bitcoins to an undercover federal agent as part of a drug distribution and money laundering scheme. Scott recommended the money laundering charge be dropped because bitcoin isn't money.

Despite Scott's recommendation, Petix's defense lawyers are withdrawing their motion to dismiss and are now planning to take his case to trial, in part because of Siragusa's expected decision and because they want to get the matter resolved quickly. They also claim their client is far removed from the dark net and criminal element that uses bitcoin to hide its identity and location.

By it's very nature, bitcoin is difficult to understand. The notion that a computer program can produce a currency or fund that increases and decreases in value strikes many as far-fetched, even in this age of digital innovation.

While lawyers can argue over Scott's decision and whether it adds to the confusion or helps clarify it, the judge is not alone in suggesting bitcoin is not money.

The Internal Revenue Service defines it as "property," not currency, for tax purposes and opened the door to bitcoin owners paying for capital gains. In contrast, the U.S. Treasury classifies it as a decentralized virtual currency.

Until the government can agree on what bitcoin is, experts say it will struggle to reach the same level of legitimacy as more traditional forms of money.

"It has some mainstream appeal," said Xiang, the federal prosecutor. "And if enough people get comfortable with bitcoin, maybe it doesn't go away. Maybe it has staying power."

Wolfe thinks bitcoin may be around awhile, and the biggest reason why is the "blockchain" technology behind it.

That technology allows for the creation of permanent and uncorruptible blocks of information, a sort of digital ledger or spreadsheet, and that kind of credible and transparent record could prove invaluable as consumers, investors and businesses look for alternatives to traditional money.

Blockchain technology also eliminates the “middle man” in business transactions, a role traditionally carried out by a financial services company, and that is why so many banks and exchanges are researching and investing in the technology.

There have been setbacks for the virtual currency, most notably the disappearance of $450 million in bitcoins from Mt. Gox, a large, Tokyo-based exchange, in 2014. The exchange shut down and later revealed the bitcoins were likely stolen.

"It survived that," Wolfe said. "It was interesting enough and valued enough to survive even Mt. Gox."