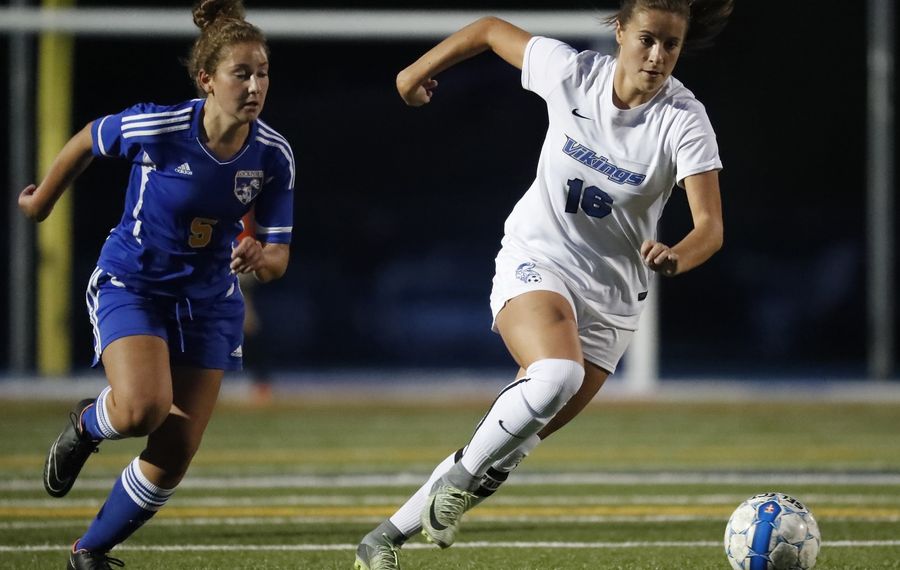 It was a bit of a no-brainer, but Florida State forward Maddie Pezzino, the most prolific goal scorer in New York State girls soccer history, has decided to return this summer to play for the Western New York Flash in their first season in United Women's Soccer.

"The Flash has played a huge role in my development as a player and a person, and I'm more than excited to be able to continue to wear that patch on my chest and represent the WNY Flash," Pezzino said in a message Sunday night.

After potting 251 goals over her career with the Grand Island Vikings and leading the strike force for the Flash Academy the last two years, Pezzino has spent the last three months at Florida State University after graduating high school early, participating in the Seminoles' spring season. The 'Noles are the reigning Atlantic Coast Conference champions.

FSU wraps up its semester on May 6, which means Pezzino should be available for Western New York's opener May 13 at the Long Island Rough Riders. The Flash will be coached by Gary Bruce and assistant Marcelo Moreira.

The Flash's first home match is slated for 5 p.m. May 20 at Niagara University against the New York Surf. You can find the rest of the home schedule at the bottom of the page.

Amateur women's soccer isn't new for Pezzino, who spent two summers with the Empire Revs of the Women's Premier Soccer League (WPSL) in 2014-15 while she played for Empire United Soccer Club. By participating in UWS, much like the WPSL and FC Buffalo of the NPSL on the men's side, Pezzino retains full eligibility for college soccer.

WNY has scheduled two open tryout dates - April 15 and May 6 - from 8 to 9:30 a.m. at Sahlen Sports Park. Further details can be found here.

The Flash also visit nearby Rochester for a 1 p.m. match on June 24 at Wegmans Sports Complex. The full United Women's Soccer East Conference schedule can be found here.