It was just over a year ago that Jeremy Horwitz and his wife, Christina, opened Aro Bar de Tapas as a way to share their love of Spain with fellow Western New Yorkers.

In addition to Spain’s food, the couple also fell in love with the concept of the “gintoneria.”

“The name gintoneria is simply a word for a place that specializes in gin tonics,” said Jeremy Horwitz. Yes, he calls them gin tonics, the way the Spanish do.

Within Aro Bar de Tapas, Horwitz has created his own gintoneria which was inspired by at least six different places they visited in Spain. It would make an interesting stop on national gin and tonic day – April 9.

One needs many gins to be a true a gintoneria and Aro carries more than 230 different types. The entire left side of the bar, fashioned after a restaurant in San Sebastian, is dedicated to gin.

Interestingly, the history of gin and tonics harks back to the English colonies in India. Tonic contains quinine that was used by English sailors in India to fight malaria.

“Someone decided to add gin to make it taste better,” said Horwitz, who notes if you see a bottle of gin labeled “navy strength,” it must be 57 percent alcohol. Why? Because if a barrel of gin accidentally spills into your gunpowder, the gunpowder won’t be ruined. It will still fire. Good to know. 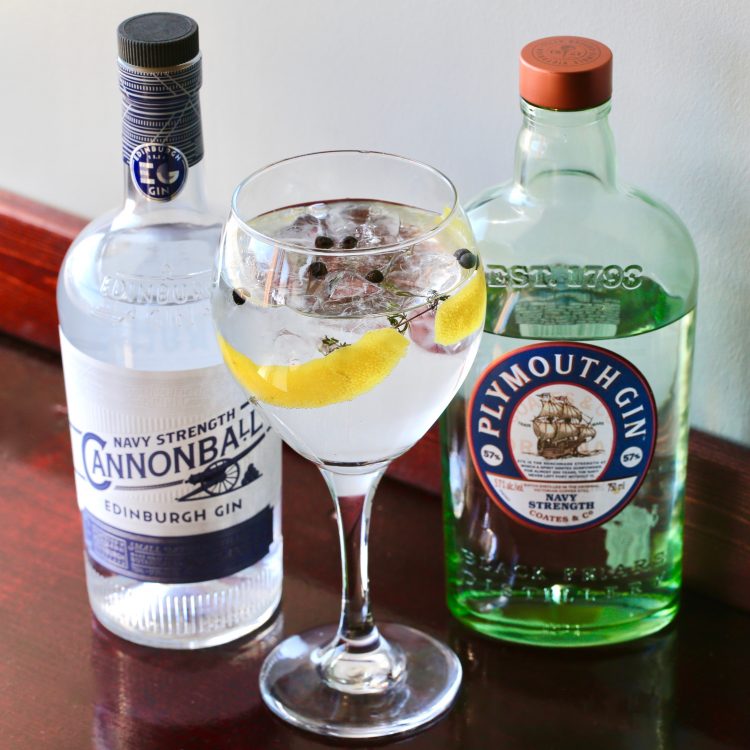 But how did Spain become gin tonics crazy?

“The story goes, many of Spain’s top chefs attended a culinary conference years ago. After the formal conference ended, the chefs started talking about their personal favorite recipes for gin tonics. Early recipes weren’t hugely different, but it was enough spark a movement,”  Horwitz said.

What followed was a surge of experimentation in pairing gins with botanicals and tonics that would bring out the gin's distinctive flavors.

“Customers who thought they knew gin and tonics began to realize that even a seemingly simple drink like a gin and tonic could become wildly different,” he said.

Gin is surprisingly complex for a variety of reasons.

“The core flavor of most gins is juniper, the ingredient that makes a spirit ‘gin.’ But many botanicals can be found in gin alongside juniper like citrus, herbs, flowers and spices to name just a few broad categories,” Horwitz said. For instance, Malfy Gin comes from Italy, and is distilled with lemon. Barr Hill Tom Cat Gin is distilled with honey and barrel aged in American oak giving it a distinct flavor.

The idea behind the gin tonics is not to mask the flavor of the gin but to enhance it with complementary or similar flavors. Aro comes up with its gin tonic recipes starting with the gin. “Most gin makers supply what they call ‘perfect serve’ recipes on how to use the product,” Horwitz said. From those recipes Aro creates its own cocktails.

“We look at the botanicals each gin was made with, then choose a tonic and botanicals that accentuate the original flavor,” said Horwitz. (Botanicals are any plant derived ingredients that range from fresh fruit and juices to spices – basically any plant that can be eaten can be used as a botanical.)

Then comes the addition of tonics — there is more than one kind. Aro doesn’t use tonic that comes out of a bar gun.

“We primarily use bottled Fever Tree tonics,” said Horwitz. “Schweppes is the other one we use, but that’s as low as I would go. Most gin tonics in Spain used Schweppes, but they have many more varieties than the single one we have in the United States.”

Fever Tree tonics come in three types: elderflower, which is sweeter; Indian, which is citrusy and sweeter; and Mediterranean, which is slightly bitter. The tonics each add to the distinct taste of the gin tonics Aro serves.

“We would love to stock more tonics, including ones available in Spain if we could,” said Horwitz, who is also a big proponent of adding healthy wedges of lime or other citrus fruit if the drink calls for it.

“When I can get things like Rangpur limes I do,” he said of the fruit that is really a cross between a lemon and a mandarin orange. 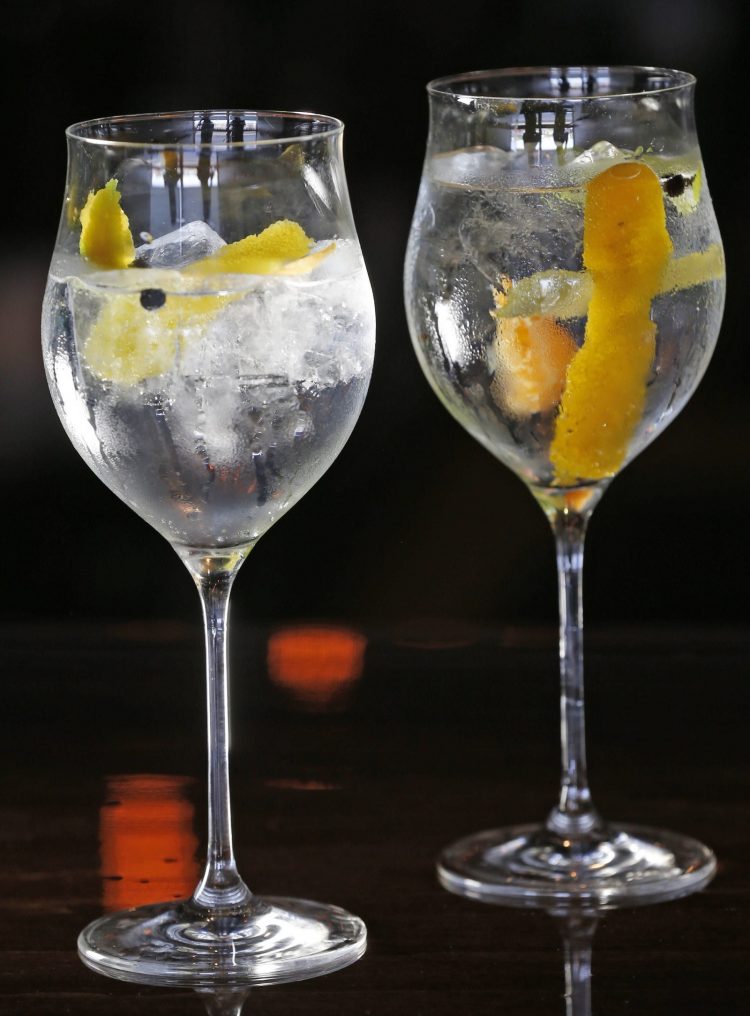 Using fresh fruits, juices, exotic spices and Fever Tree tonics along with the specialty gins adds to the price of the gin tonics. Horwitz said he agonized over that, but in the end was determined to bring his vision of a gintoneria to life. Featured gin tonics range from $10 to $15. Gin flights are $17 for local gins, $18 for global.

The menu is extensive, but Horwitz has divided into categories like featured gin tonics, local gin tonics using gins from local distilleries, American gin tonics, sweet gin tonics, global gin tonics and even a new category of sloe gins that are made with gin and “sloe drupe” a fruit that is a relative to the plum.

For those who want to delve deeper into the gin world, Aro’s menu lists gins alphabetically, where the gin is distilled followed by a few botanical characteristics like Szechuan pepper, sage or saffron and finally its proof. The list is staggering, but bartenders can help customers wade through to come up with their own delicious gin tonic.

“We just want people to discover that the gin tonic is a great drink year-round. It’s refreshing, light, and easy to understand,” said Horwitz. "We hope our gintoneria becomes a destination for anyone seeking a new cocktail experience."