The Buffalo City Mission won approval Monday from the Buffalo Planning Board for its $15.1 million proposal to construct a new four-story complex in downtown Buffalo to house its growing operations.

The nonprofit, together with McGuire Development Group, plans to erect a new 74,138-square-foot facility on its current parking lot at 90 E. Tupper St. and then demolish its existing but outmoded 40,000-square-foot building, in which it has operated since 1984.

That's a scaled-back version of its original $31.5 million goal of retaining and renovating its old building in addition to the new facility, for a combined 120,000-square-foot complex. Officials abandoned that plan after they failed to obtain the state funding required for the project.

The new building would include expanded dining and sanctuary spaces, an on-site medical clinic on the first floor, an 82-bed emergency shelter on the second floor and 52 "transitional supportive housing units" on the third floor. The fourth floor would contain classrooms and offices. 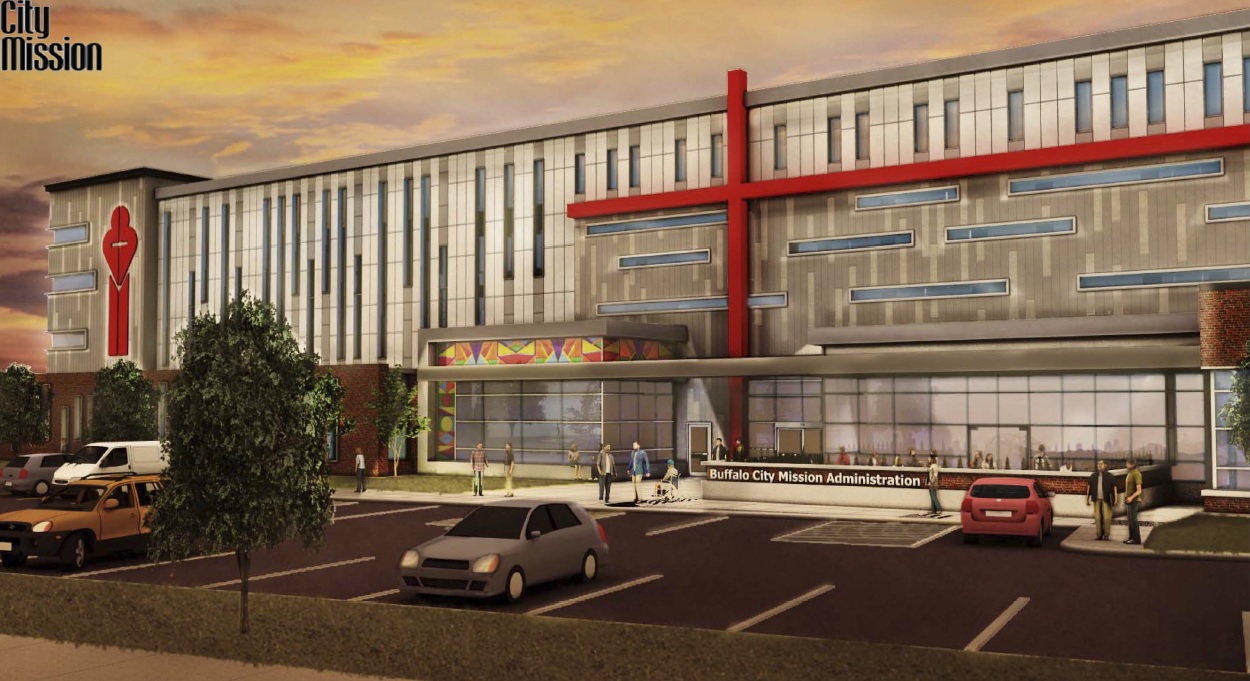 The Buffalo City Mission won approval Monday from the Buffalo Planning Board for its $15.1 million proposal to construct a new four-story complex in downtown Buffalo to house its growing operations. (Photo courtesy of City Mission)

The previous proposal had as many as 184 emergency beds and 68 housing units. The current facility has 153 beds and room for 90 emergency shelter cots, but with little or no privacy.

Officials hope to start construction by contractor R&P Oak Hill in August and finish by November 2018. Once that work is complete, after about 18 months, the existing red-brick building will be razed to make room for parking, outdoor dining areas, enhanced donation drop-off space, green space and landscaping around the client and employee entrances, according to documents submitted to the city Planning Board.