Here are some highlights from The Buffalo Evening News of March 22, 1917:

• President Woodrow Wilson was preparing his "war address" to Congress. The article sets the nation's tone: "It is realized that between now and the assembling of Congress are days pregnant with tremendous import to the United States."

• Famed national evangelist Billy Sunday, who was enjoying a popular residency in Buffalo, visited the Curtiss Aeroplane factory. The plant was humming along, making munitions for impending war with Germany.

• A Batavia man was shot through the left lung in a bar fight on Liberty Street. The man who shot him said he did it in self-defense.

Here's the front page of The Buffalo Evening News from March 22, 1917: 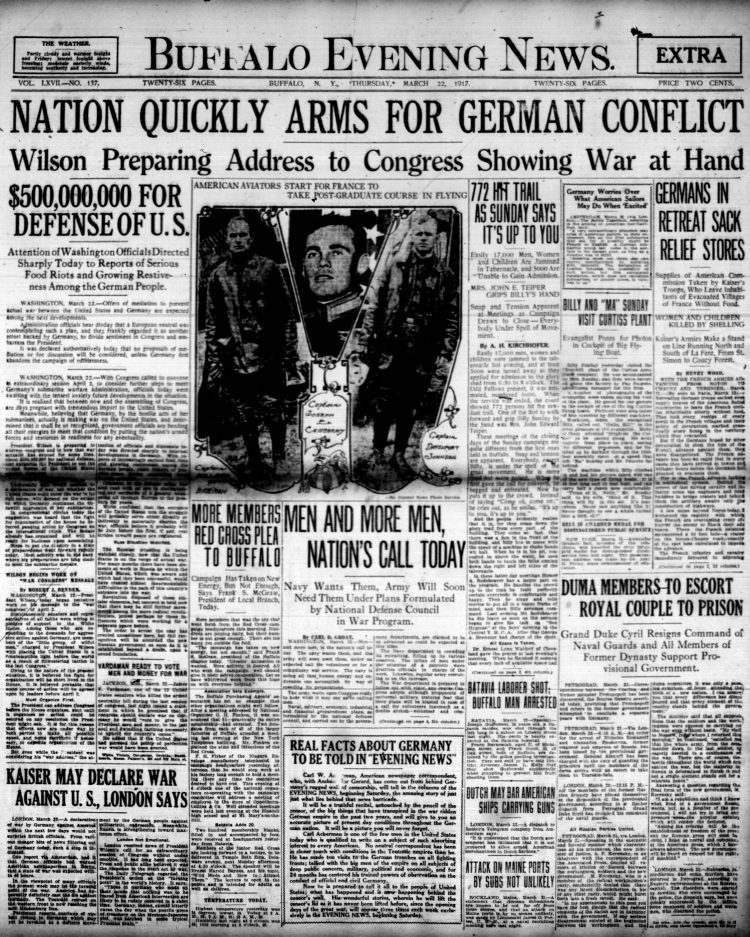