Here are some highlights from The Buffalo Evening News of March 21, 1917:

* A special session of Congress was called to take action against Germany. It was expected that the U.S. would declare war against Germany and thereby enter World War I.

* Over 300 employees at the Curtiss Aeroplane company at Niagara and West Ferry streets walked out. The strikers demanded increased wages and shorter hours. The three Curtiss plants in Buffalo were working on government contracts related to the war.

* The bandits who held up a freight train in Athol Springs and then escaped, could not be found a day later. A report from the railroad said $200 worth of shoes were taken.

Here's the front page of The Buffalo Evening News from March 21, 1917: 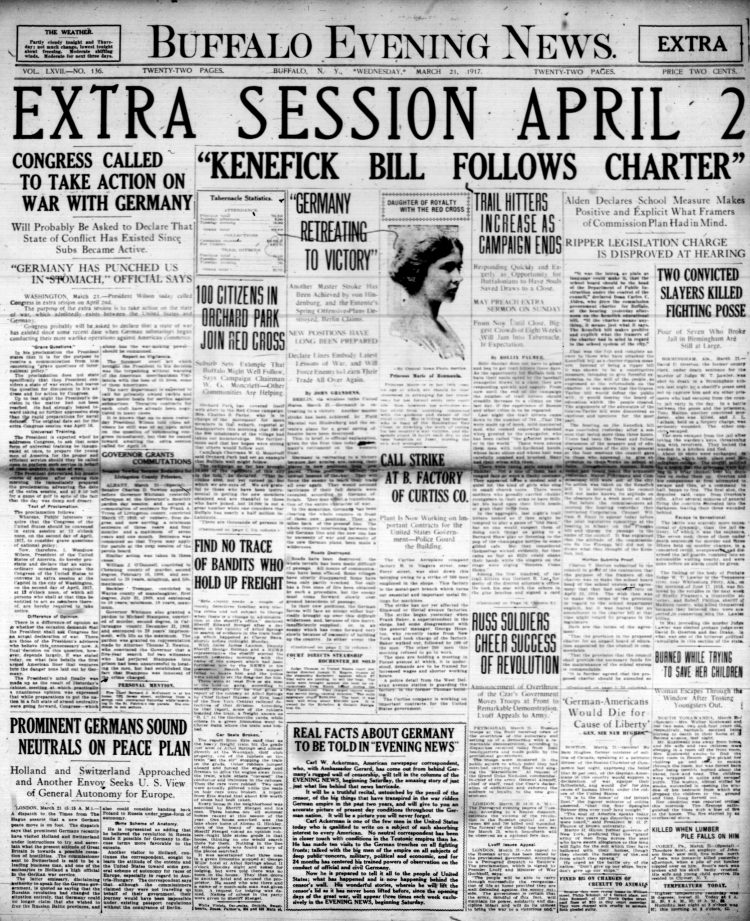