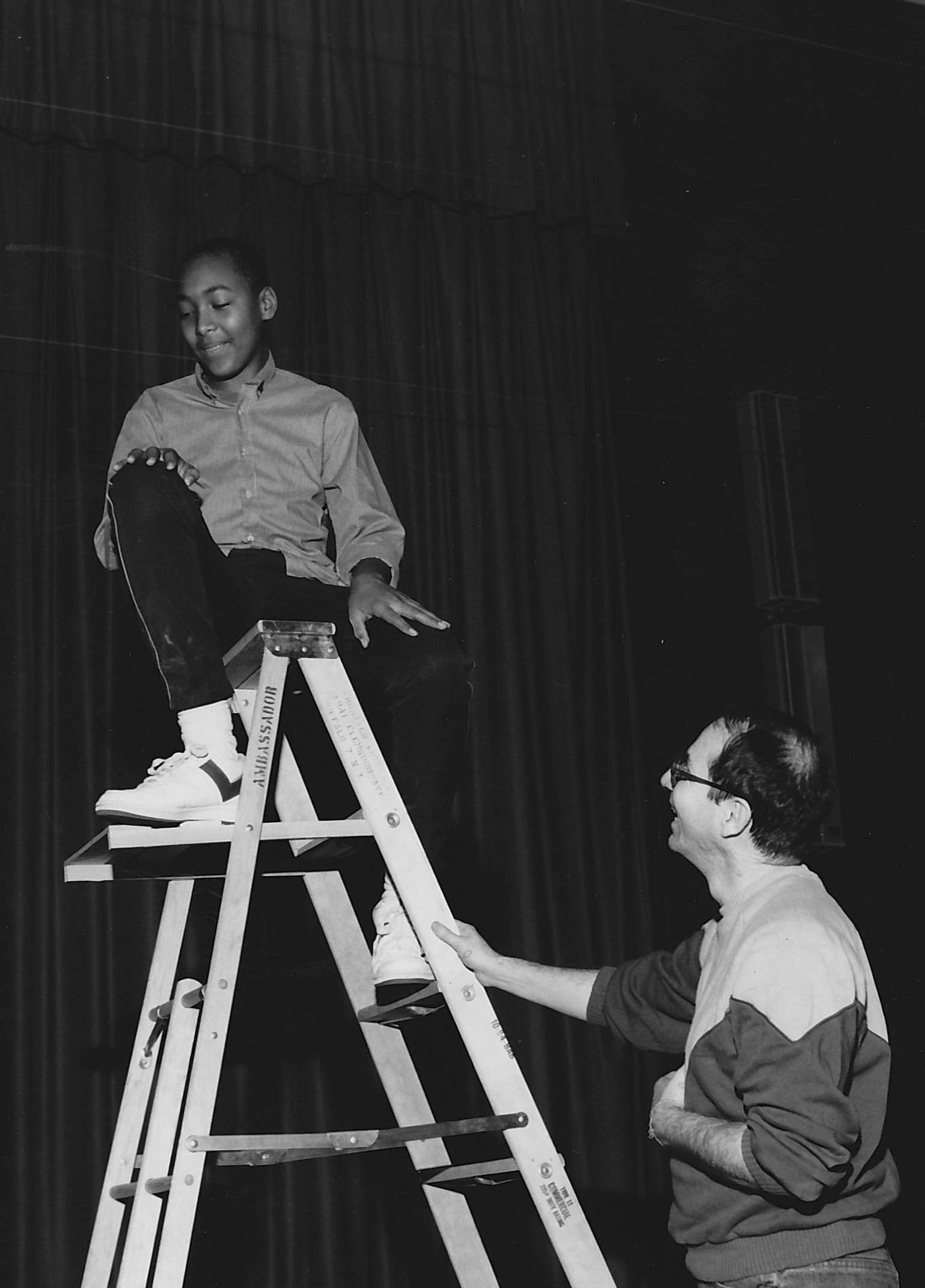 Jesse L. Martin on the set of "Our Town" at BAVPA with his teacher, John D'Arcangelo.

During the Blizzard of ’77, the amount of snow that fell relentlessly from the sky was more than a young, wide-eyed Jesse L. Martin could handle. His family had moved from Virginia where the weather was mild at best and the first major snowstorm of his Buffalo-winter experience was something to behold.

“I was in elementary school at the time and I swear, we were out of school for almost a month,” Martin laughed. “It was awesome. And I loved it. I loved the snow. As we got older, my friends and I used to shovel people’s sidewalks for money. And we’d stay out there all day long, sledding and having snowball fights. We’d freeze but we didn’t care.”

Martin quickly learned there was much more to growing up in the Queen City than playing in the snow and says he took full advantage of all the cultural opportunities and positive outlets that were available to him. He enrolled at the Buffalo Academy for Visual and Performing Arts where he excelled in theater and during the summer, he honed his skills while interning for Shakespeare in Delaware Park.

While learning the ropes of set construction, sound and acting, Martin says he received a first-class education in all things Shakespeare, sparking a lifelong love and obsession with the legendary playwright. He knew that acting, especially theater, was what he wanted to do for a living. So, after graduating in 1987, he packed his bags and headed for the bright stage lights of New York City.

“I was beyond happy to go,” Martin said. “I was this 18-year-old kid and I couldn’t even believe that I was able to do it. I went to New York University, which is a very expensive school. I was basically going there with a promise that I could somehow pay it all back.”

Martin worked a slew of odd jobs while studying at NYU in order to help pay for his schooling. He was a perfume counter manager at Macy’s, a waiter “all over the city,” a helper in the periodical section at the library at school, and even a baby sitter.  Then, just after he graduated, he got his first high-profile acting gig – a small but recurring role on the long-running soap opera, "Guiding Light."

“That was my first big paying job,” Martin explained. “The money helped a lot. But I didn’t really consider it my ‘big break’ because the part was so small, and I had big dreams of being a stage actor in the New York City theater scene.”

That dream would eventually come true, as Martin has acted on Broadway in more than a handful of plays and musicals over the years. But most people might recognize him for his nearly 10-year run in the role of Detective Ed Green on "Law & Order." Now, Martin is playing a cop once again in the CW comic hero series, "The Flash."

“The one thing I said to myself after 'Law & Order' was, 'I don’t want to play a cop.' I just couldn’t see myself doing that again. But the role was more based on me being a father than the actual job of being a cop, and that’s what intrigued me to take it.” 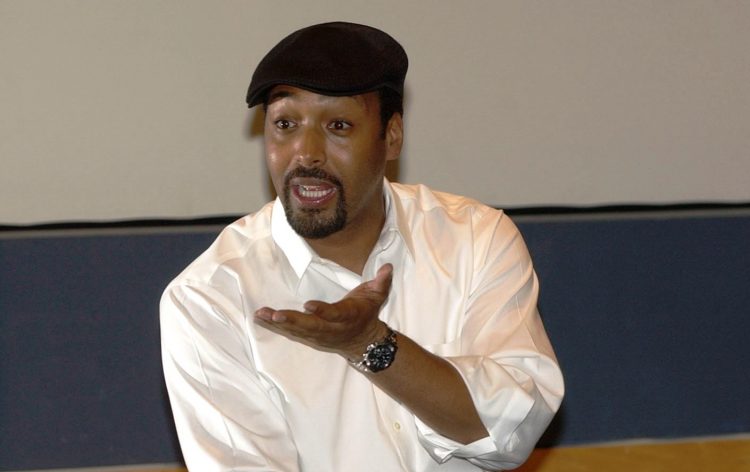 In his "Law and Order" days, Jesse L. Martin spoke a group of University at Buffalo theater students during a 2014 visit to Buffalo. (Sharon Cantillon/Buffalo News)

For 10 months out of the year, Martin lives in Vancouver, Canada, while filming the show. Once shooting wraps, he’s more than happy to get back to New York. He’s addicted to vibe and energy of the city, he said, and there’s no other place in the world he’d rather be. But Buffalo will also have a special place in his heart.

“It’s funny, but I really miss things like Jim’s SteakOut and wings,” Martin said. “I went back for a visit seven years ago and I saw a lot of my old teachers from high school. Everywhere I looked, there was something new. And I was glad to see that the theater scene was thriving. Buffalo was very good to me growing up and it literally sent me on my way. It was a cool city to grow up in.”