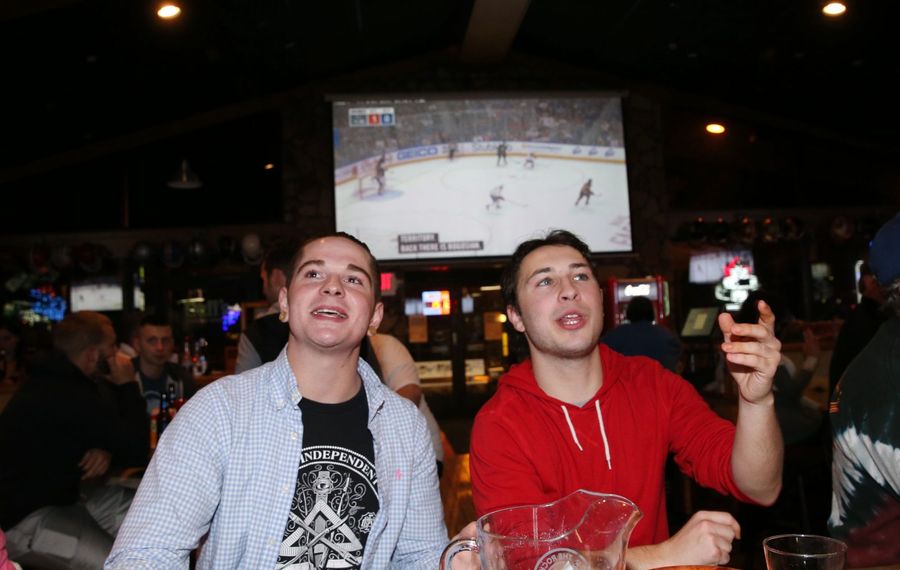 It’s a question commonly asked by visitors to Western New York. The answer is open to a fierce debate, with answers divided fairly evenly between The Anchor Bar (you can’t beat the original), a smattering of local watering holes (neighborhood bars over chains any day) and Duff’s.

When it comes to determining the tastiest wing, we’ll leave that to historians to decide, but as for the latter eatery, Duff’s in Orchard Park makes a heck of a place to take in a game — wings or not. (The Orchard Park Duff’s is one of five in the Buffalo area, along with a location in Rochester, Texas, Georgia and multiple cities in Canadian.) 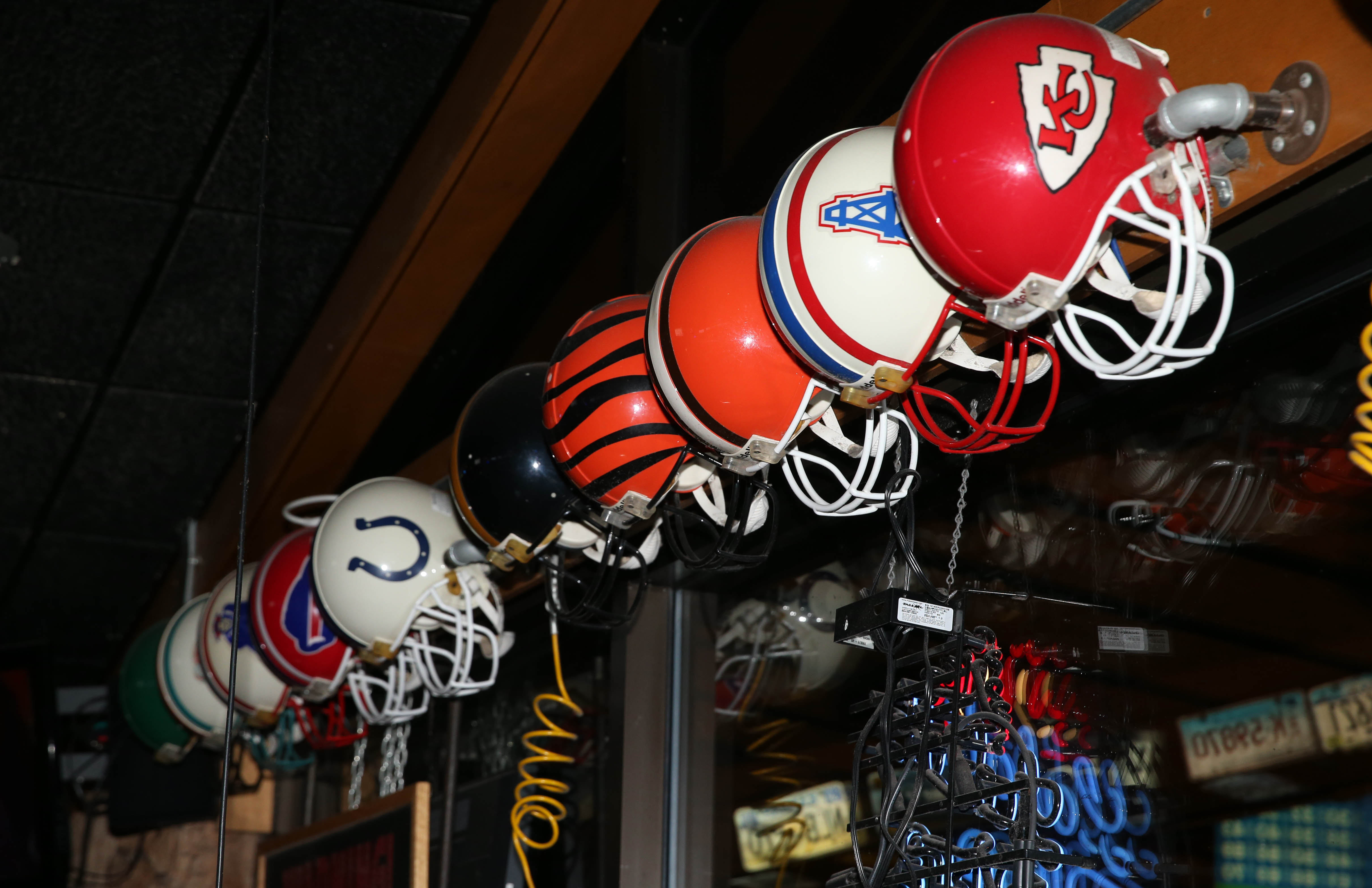 The wall of helmets is a favorite of football fans at Duff's in Orchard Park. (Sharon Cantillon/Buffalo News)

It’s a sports lover’s paradise. Sure, Duff’s has all the requisite local gear adorning the walls, with the Bills, Sabres and even the Bandits well represented. But the highlight of the décor is the wall of helmets. Featuring the complete NFL of yesteryear, the helmets are divided by conference, then division, and hung from the walls.

If you’re old school, you’ll quickly notice the helmets have been up for a while — there were only six divisions, the Bills played the Colts twice a year, and the Titans were in Houston and still known as the Oilers. It is a fun little trip down memory lane while you wait for a table (expect it to be packed if you’re coming for a big game).

While the Sabres try to salvage the season, take in a game at Duff’s and you’ll enjoy multiple Sabres game-day drink specials including $1 off Sam Adams pints and Angry Orchard. 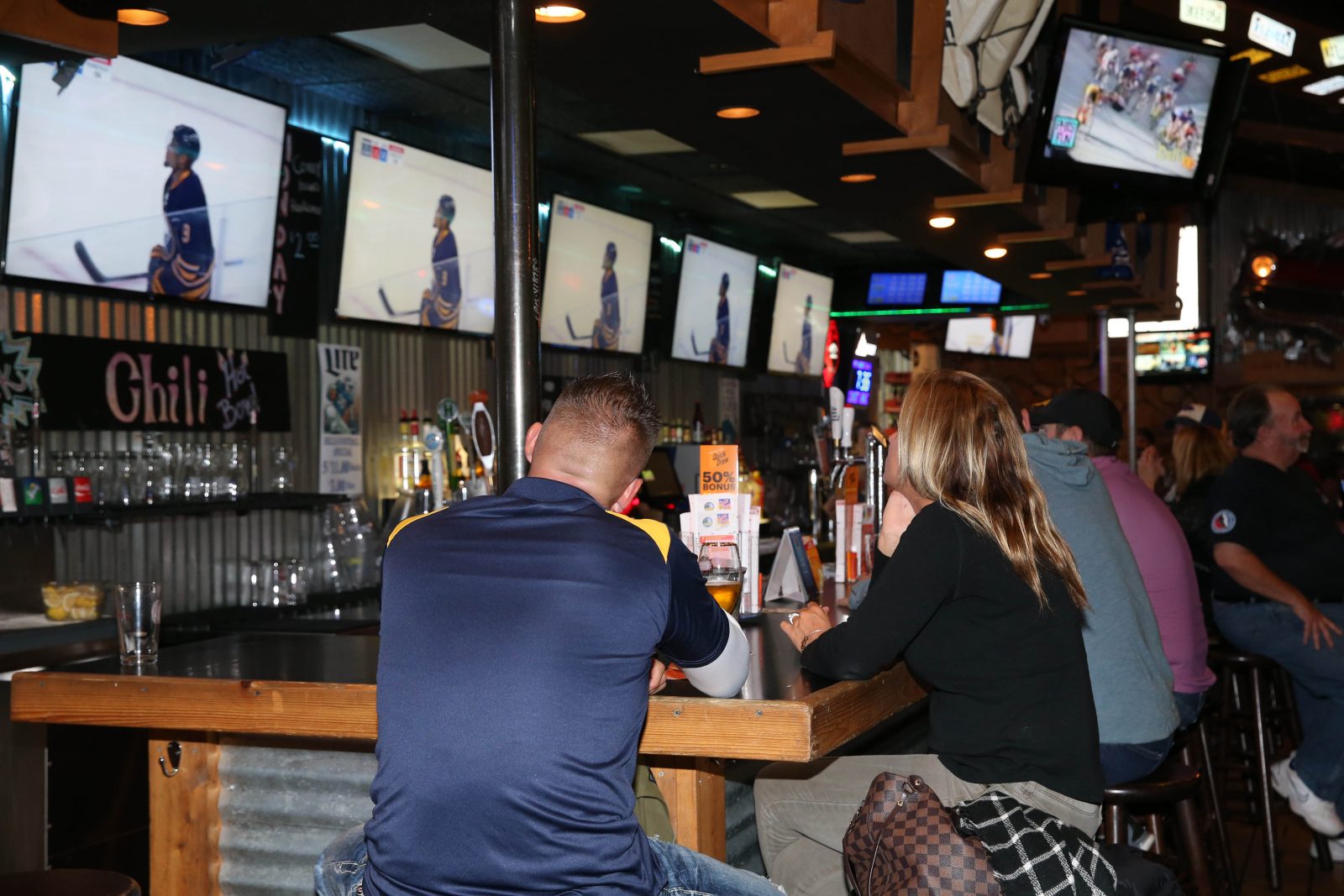 The string of televisions above the bar at Duff's in Orchard Park give a great view of the game. (Sharon Cantillon/Buffalo News)

With at least two dozen televisions spread throughout the bar and dining room areas, including a strip of big-screens above the bar, it would be tough to find a bad seat in the house. It also makes for great game-day viewing when you can’t decide between hockey, basketball, golf or even curling. There are plenty of televisions to go around.

If you find yourself getting restless between periods, or during halftime, slide over to the game room and try your hand at basketball, bubble hockey or a video game or two.

And no game would be complete without bar food. Since you probably know all about the wings at Duff’s, along with the bar’s 17 varieties of sauce for tossing, here are a few other can’t-miss food options to enhance your game experience. The loaded tots ($7.99) are amazing. Ditto for the fried pickles ($5.49) served with a tangy dipping sauce. But if there were a signature item, it should be the barbecue pulled pork nachos ($8.99/$12.99). Piled high with chips, pork and all the trimmings grab the large and dig in. You won’t need a to-go container.

Just a quick trip up Southwestern Boulevard from New Era Field, Duff’s Orchard Park is also a wild scene after any Bills home game. You’ll meet plenty of fans from the visiting team, who have found the wings ,and it can make for some spirited post-game debates.

Duff’s - Orchard Park
3090 Orchard Park Road, Orchard Park
Hours: 11 a.m. to 11 p.m. Monday through Thursday, 11 a.m. to midnight Friday and Saturday, and noon to 10 p.m.  Sunday.
Why: Because you want the world’s best chicken wings with your game.
Parking: Plenty on site.
Credit/debit accepted: Yes
Best viewing spot: There are so many televisions you could watch the game from the parking lot. Not a bad seat in the house.
Can’t-miss bar food: The pulled pork nachos are unreasonably good. A must-have in the world of bar food
Instagram op: Shoot a selfie in front of the complete uniform of former Philadelphia Phillies third baseman (and Orchard Park High School graduate) Dave Hollins.
And if you hate sports: The wings are a standalone draw, no sports needed 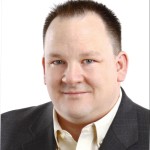 Matt Chandler– Matt Chandler has been a freelance contributor to The Buffalo News since 2014. His covers arts and entertainment for Gusto.
There are no comments - be the first to comment