Here are some highlights from the Buffalo Evening News of March 19, 1917:

* "Virtual state of war is forced by Germany," the headline screams. After three U.S. ships were sank by German submarines, President Woodrow Wilson was on the cusp of war after his policy of armed neutrality failed. It was widely believed that the United States' entering World War I was imminent.

* The railroad crisis was solved and the strike called off as railroad workers were granted an eight-hour day. The crisis with Germany was a prime factor in the decision.

* Mrs. Carl A. Strangmann, of 42 Linwood Ave., a widow whose former husband owned the German-American brewery, met a man at the Iroquois hotel who offered to buy the brewery. She then met the man days later in New York City on a shopping trip; he stole $500 from her purse and $25,000 worth of jewelry from her while she was in a fitting room.

* Deputy Medical Examiner Bruce L. D. Cook parked his car in front of the Asbury M. E. Church at Pearl and West Chippewa streets, where it was stolen. It was later found wrecked on William Street near Monroe Street.

Here's the front page of the Buffalo Evening News from March 19, 1917: 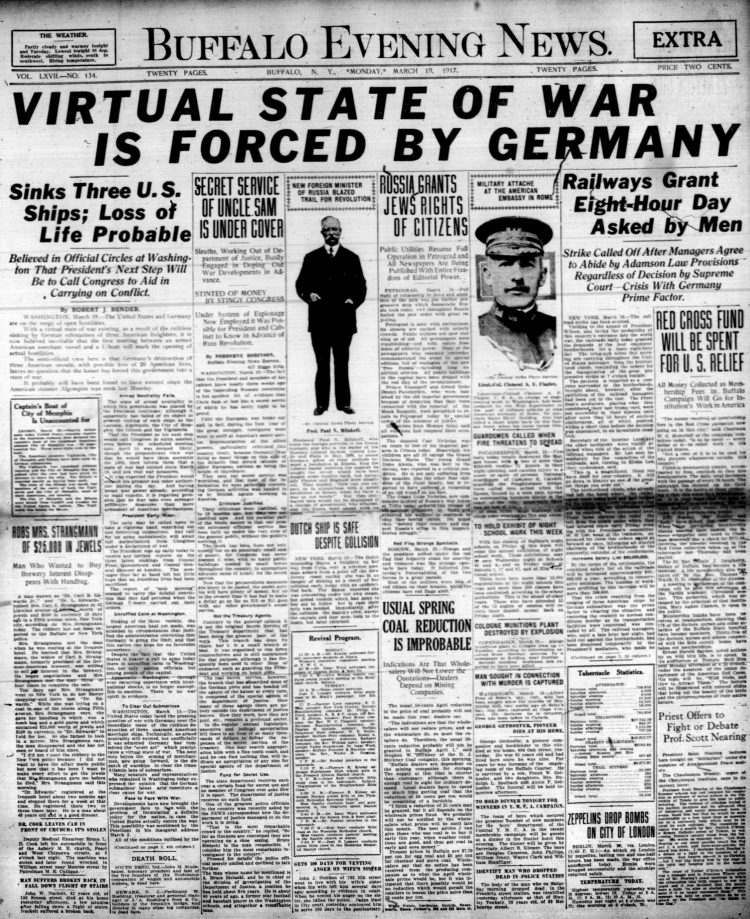