Western New York has another basilica.

St. Mary of the Angels Church in Olean met the criteria to be designated a basilica by Pope Francis, the Diocese of Buffalo announced Friday morning. The designation establishes a special connection among the church, Pope Francis and St. Peter, the first pope, according to a news release.

“I was absolutely delighted,” Bishop Richard J. Malone said in a statement. “It puts this church into a new and unique relationship with the Holy See and the Holy Father. It will have symbols that remind anyone who goes in there that this has a certain significance with the pope. To qualify, there has to be significant history, beautiful art and architecture and current vitality in the life of the parish and its ministries.” 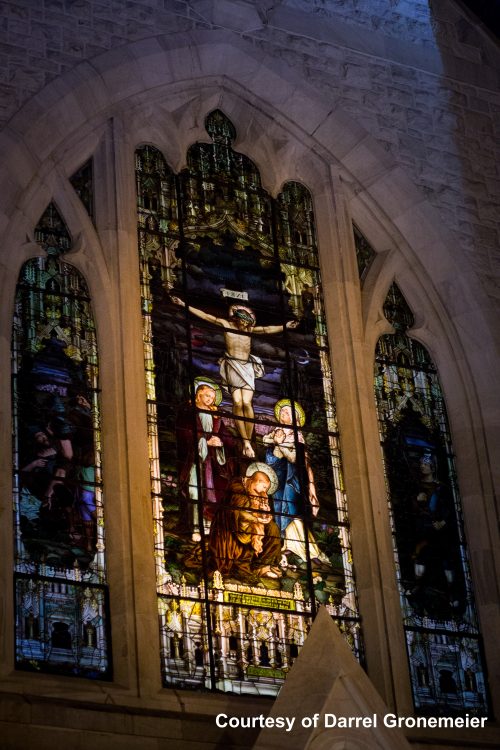 The church's application required extensive historic documentation and precise measurements on everything including the size of the confessionals, the diocese said. It also addressed the church’s art, liturgical life, religious devotions, participation of the laity, charitable works and historical relevance.

In practical terms, the main difference will be a change of the church’s name to the Basilica of St. Mary of the Angels.

The Gothic Revival-style church was built in 1915 and blessed at its opening Mass by Nelson Baker, the legendary Catholic priest most often known simply as Father Baker. Baker was so impressed by its striking appearance, that he commissioned the same architect, Emile Ulrich, to design Our Lady of Victory Basilica in Lackawanna years later, according to the diocese.

[A Closer Look: Our Lady of Victory Basilica]

“No one in this entire country has these windows; they’re truly exceptional for their size and their quality,” Dr. Karin Krauss, assistant professor at The University of Chicago Divinity School and art historian, said in a statement. 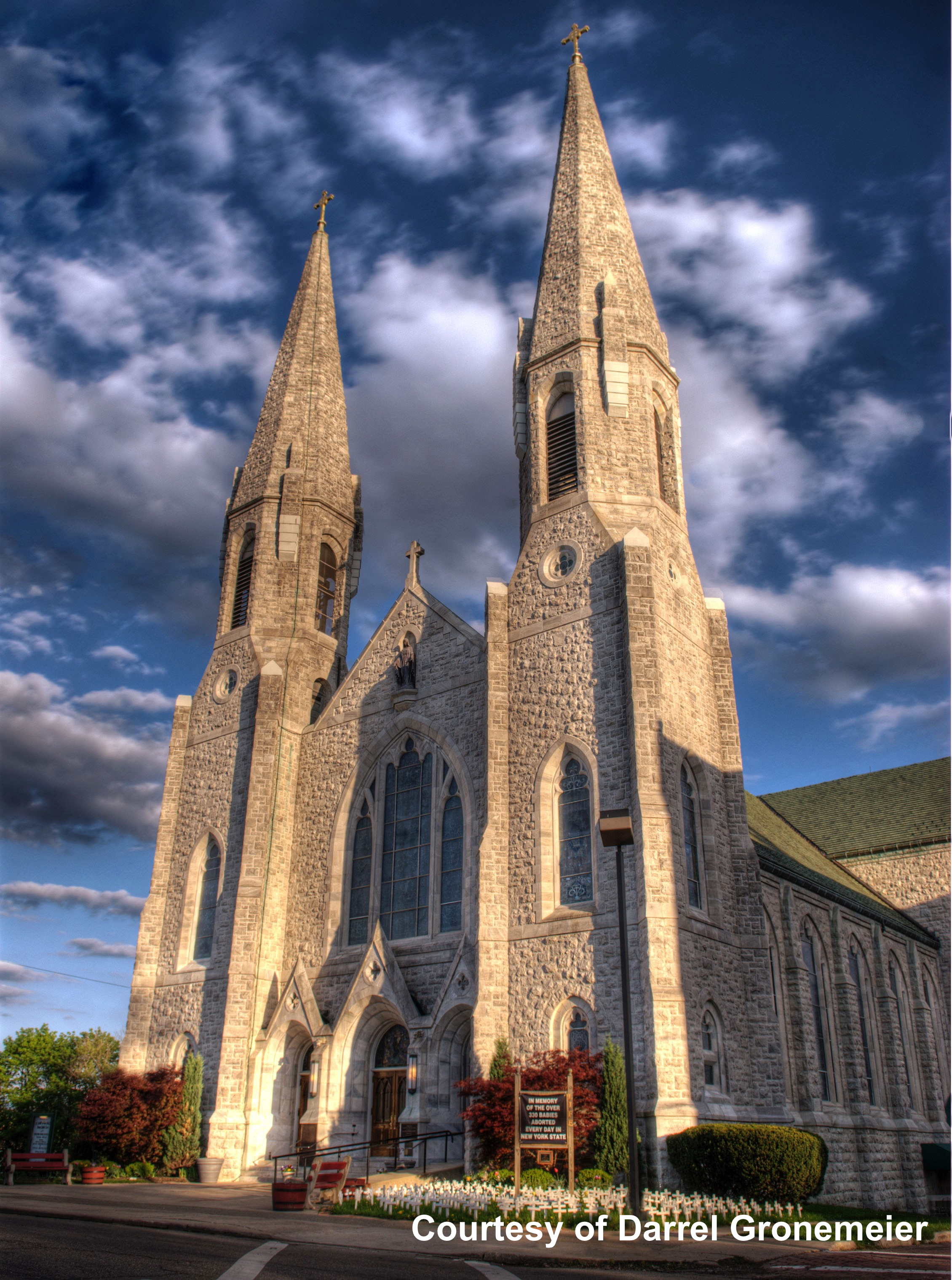 St. Mary of the Angels Church in Olean. Photo courtesy of Darrel Gronemeier.

Basilicas are expected to make a special observance of three feast days: The Feast of the Chair of St. Peter the Apostle, the solemnity of SS. Peter and Paul, Apostles and the anniversary of the pope’s election or inauguration.

St. Mary of the Angels, a parish of more than 1,300 families, was first established as a mission church in 1852, serving Catholic immigrants who came to clear forest land for farming. It eventually came under the care of the Franciscan priests at nearby St. Bonaventure’s College (as it was known at the time) who named the church after St. Francis’ church in Assisi.

“This historic designation is the fulfillment of a dream for Father Edward Rengel who built our church more than a 100 years ago. He left clues of his dream in the very edifice,” said St. Mary's pastor, Gregory Dobson.

A special Mass is being planned for June 29, when the new title will be celebrated by Malone. During the Eucharistic celebration, the proclamation of the decree granting the title of “minor basilica” to St. Mary of the Angels will be read and the blessing of the tintinnabulum and papal ombrellino - two pieces of insignia unique to minor basilicas - will take place.