Lost between St. Patrick’s Day (March 17) and St. Joseph’s Day (March 19) is a national food day we can all rally around (at least those of us who don’t like corned beef and simultaneously fear Italy’s baccala, a dried, salted cod) — March 18, National Sloppy Joe Day.

Why does it strike our fancy? Because, much like the diner cook who invented the sandwich, we have days we just throw life together.

According to our fleeting online research, the sandwich originated in Sioux City, Iowa, where a cook named Joe made up a “loose meat sandwich with tomato sauce” during the 1930s. (The poor guy was probably stressed to come up with a cheap dish to stretch ground beef during the Great Depression.) References to the actual name “sloppy Joe” began to appear during the 1940s.

Long ago in our own young life, our working mother (aka Kate the Great), would whip up delicious sloppy Joes from a few ingredients — chopped onions, green peppers, ground beef, ketchup, Weber’s mustard, Worcestershire sauce and whatever else was in the fridge (like the dregs of a barbecue sauce bottle). She’d serve us Joes with chocolate shakes mixed in our old blender. (To this day I still crave the Joe/shake combination.)

So you'd think finding the iconic all-American sandwich at a restaurant would be easy? Not really. Here are two we found, both in Allentown. 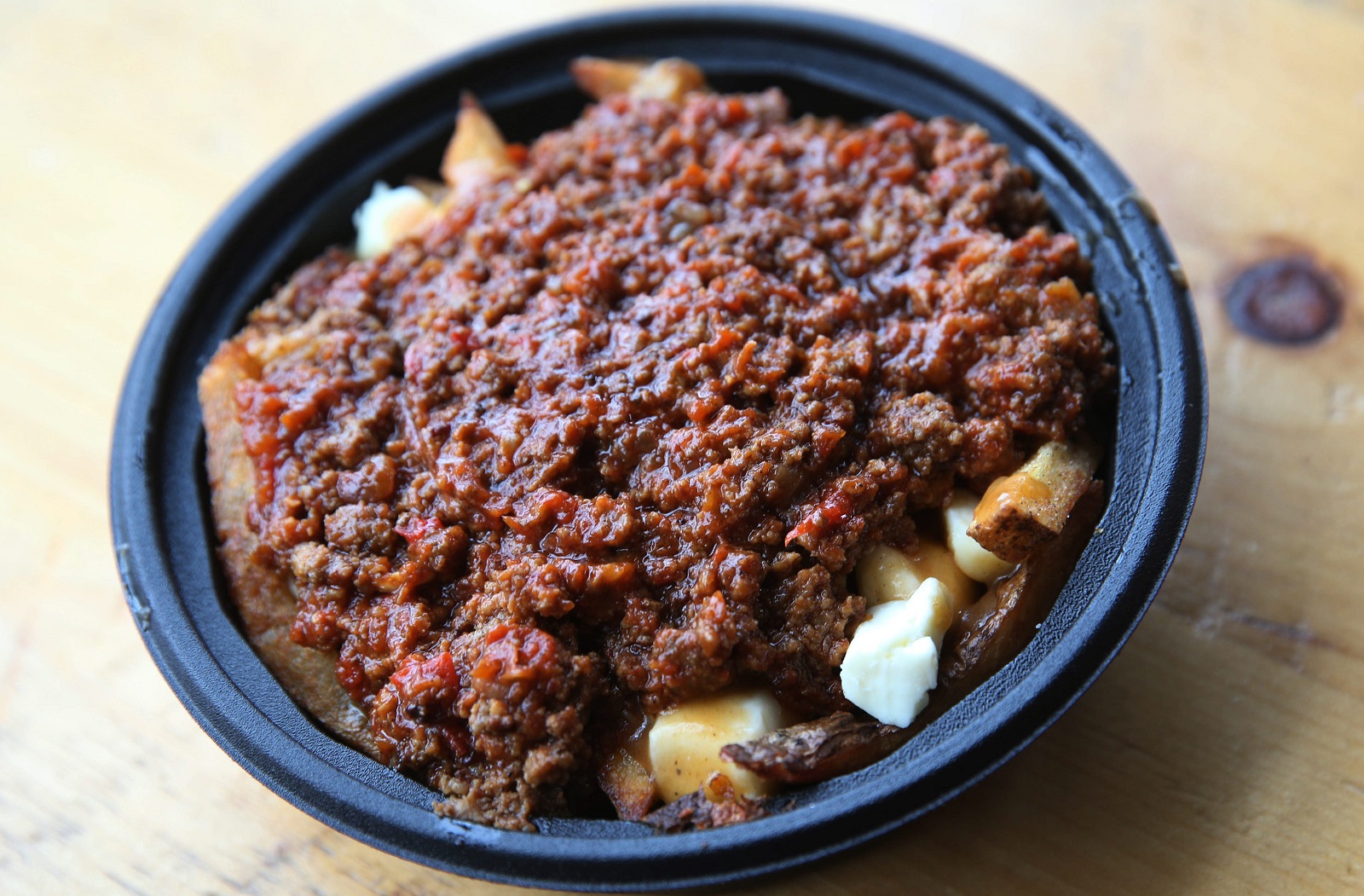 Fat Bob’s Smokehouse (41 Virginia St., fatbobs.com) serves a “sloppy Bob,” a sandwich that is a combination of best of what FB does — smoked meats.

“The sloppy Bob has been on the menu since we took over in 2003,” said owner Patrick Ryan. “We did change the name from ‘sloppy Joe’ to ‘sloppy bob’ because we had to explain every time how different it was from a regular sloppy Joe. It also made sense to call it ‘Bob’ because it includes popular items that are specific to our restaurant.”

And just what are those items? Fat Bob’s sloppy Bob is made with pulled pork, beef brisket and pulled chicken all mixed in a special tomato-based sauce with onion, green and red peppers. The delicious mess comes on a Costanzo’s roll.

“We sell a decent amount of the sloppy bob sandwich. It is hard to compare it to our wildly popular pulled pork and brisket sandwiches, but it holds its own,” said Ryan.

“Sloppy Joe ingredients are a perfect complement to traditional poutine French fries, cheese curds and gravy,” said owner/partner Marc Adler. “It's like having a spicy hamburger and fries only all in one combo plate. Of course we offer it as a sandwich in a more traditional form of the classic sloppy joe as well.”

Adler notes ASP’s sloppy Joe mixture has a little extra bite to it.

“It encourages people like me to always ask for a dollop of sour cream,” said Adler, who said ASP sells at least three to four SJs a day.

“Considering that we have 20 options, plus three sandwiches, that's a healthy number. The secret is in the sauce. We make everything ourselves, but I can't tell you more than that.”

In the meantime, if you can’t make it out for National Sloppy Joe Day, head to the grocery store for a can of the iconic Manwich. And remember "a sandwich is a sandwich, but a Manwich is a meal." Just don't forget the chocolate shake.