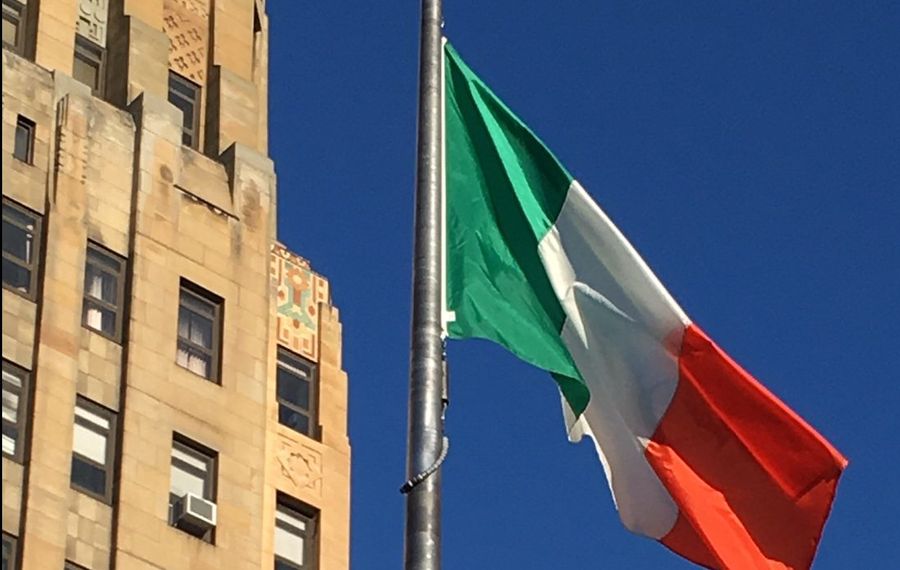 The city announced Thursday that snow removal and a general clean-up began last night along Delaware Avenue in preparation for Sunday's big parade. Before today is done, I anticipate we'll also be hearing -- as we do every year -- that police will be cracking down on public drinking along the St. Patrick's Day parade route Sunday.

Back in January, I wrote that the city Zoning Board is often asked to approve variances allowing residents to install front yard parking pads, or use parking pads already on their properties.

There was another request this week, this time from a Colvin Avenue homeowner, Matthew Pegg, who said the parking pad was on his property when he bought his two-family house in 2012.

Pegg said he assumed it was legally there, but learned otherwise from a city inspector at his yard recently while checking on a neighbor's leaky gutter.

That's when the inspector saw Pegg's parking pad, and told the homeowner it was illegal to have such a pad without a zoning board variance.

Pegg got that variance Wednesday.

Pegg told the zoning board that the pad was there when he bought the house, and that the pad is needed for his upstairs tenant, especially in the winter, when there is no overnight parking on Colvin Avenue. Pegg parks his own car on his single-width driveway and in his garage.

Thirty-four of 60 houses on his block have front yard parking pads, Pegg said.

State Comptroller Tom DiNapoli was in City Hall Thursday to publicize his call for residents to check the comptroller's website to see if they are owed any unclaimed funds.

Statewide, there's $14.5 billion in unclaimed funds, which come from such sources as old bank accounts, life insurance and uncashed checks.

"We are here today to talk money. Big money," Mayor Brown said during a City Hall press conference with DiNapoli.

While the politicians were talking in the mayor's second-floor office, a couple members of DiNapoli's staff were in the City Hall lobby, where a few computers were set up. 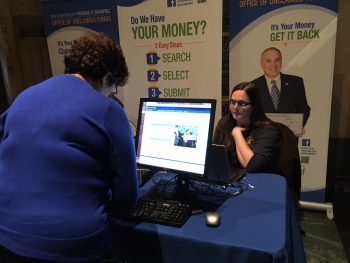 City Hall employees and visitors were invited to check the comptroller's website to see if they are owed unclaimed funds.

About half of those who checked were owed money, one of the computer operators said.

I checked when I got home last night. Nothing.