Rex Ryan's glamorous Orchard Park home will soon be in the hands of a local businessman.

Just two years after the Buffalo Bills' former head coach bought it, the four-bedroom home – on a hill with dramatic views of downtown Buffalo – is now under contract to be sold to a new owner.

Amy Pfister, the RealtyUSA agent representing the Ryans, would not disclose the sale price or the identity of the buyer of the home at 50 Grand View Trail.

She also would not divulge if the home sold for more than the $1.1 million asking price.

But, she said, it was in high demand, with four offers at the end – two from out-of-town and two local. "It was a really popular house," she said. "It had 19 showings."

The sale is expected to close by early May.

Rex Ryan's Orchard Park home is up for sale for $1.1 million

Located in the tony Summit at Scherff development, the 6,511-square-foot home has five full bathrooms with heated floors, five fireplaces, and all the extra trimmings. 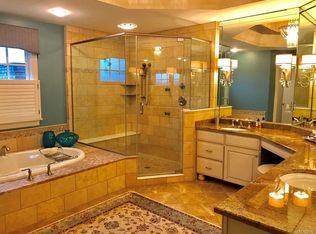 There's a grand foyer, a vaulted ceiling and skylight, a gourmet kitchen with granite counters, a sun room with a wall of windows, and a luxury master suite with walk-in "his" and "hers" closets.

Downstairs, there's an 1,815-square-foot basement with a wet bar and custom wine cellar, and a walkout basement that leads to an in-ground pool, hot tub, barbecue fire-pit and outdoor kitchen. 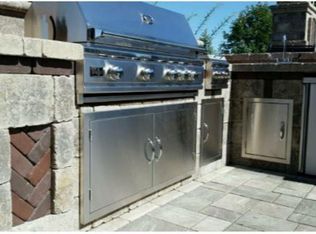 The house is equipped with a security system and intercom, and also has a deck and a three-and-a-half-car garage.

"It had an unbelievable basement with a kitchen," Pfister said. "The outdoor oasis was a big seller."

The home was built in 2004 on 1.38 acres, and has had only two owners, Pfister said. She also represented the first owners when they bought it from the builder. 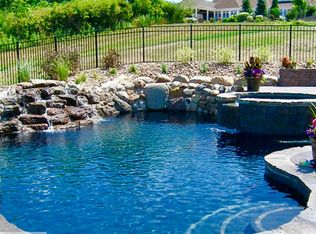 The house had been on the market for 45 days, as Pfister sought for security reasons to ensure that everyone who came through was "pre-qualified and legitimate."

"It was staged to perfection, with Mrs. Ryan's help and my help," said Pfister, a former LPGA professional golfer, who said she has represented sports figures including Bills players Jim Kelly, Thurman Thomas and Marshawn Lynch.