Here are some highlights from The Buffalo Evening News of March 16, 1917:

* Czar Nicholas fled Russia a day after revolutionaries took the capital of Petrograd. A new ministry of the people was appointed to govern the country.

* Railroad workers were on the verge of a strike after negotiations failed. It was speculated that President Woodrow Wilson would have to step in and mediate the conflict to avoid the workers striking a day later.

* Citizens attended a public hearing at the Common Council en masse to demand the adoption of a sanitary code to govern the city's trolley cars. The service had been poor and cars had been overcrowded, which led citizens to ask the health department to step in.

* In an unusual front page story, it was reported that Frank Hinkley, secretary and treasurer of the Hotel Statler Company Inc., returned from a six-week visit to Florida.

Here's the front page of The Buffalo Evening News from March 16, 1917: 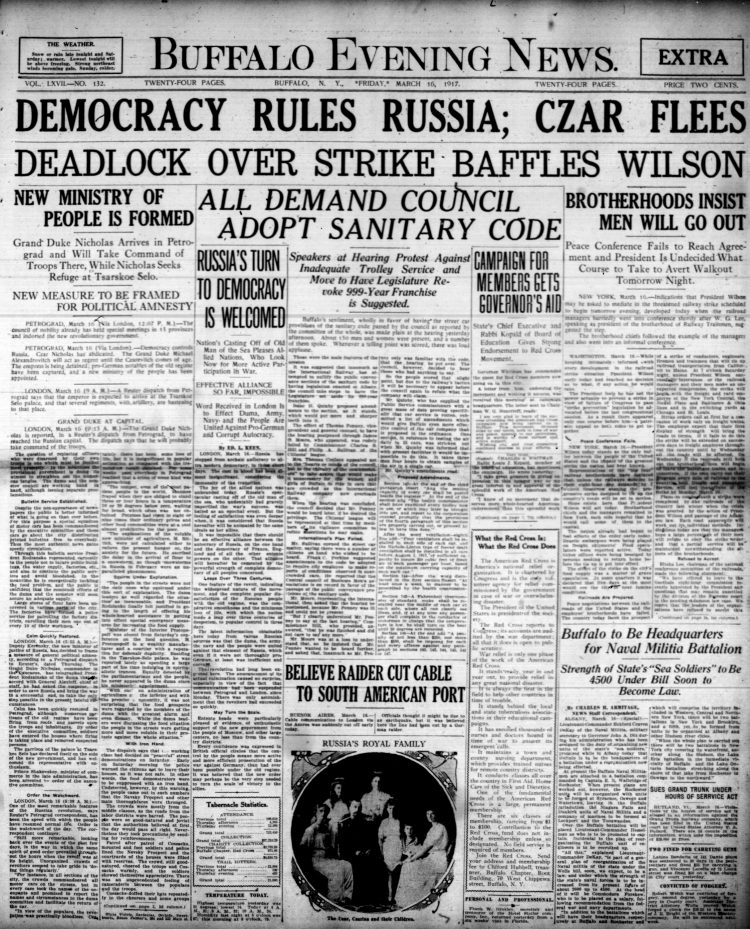