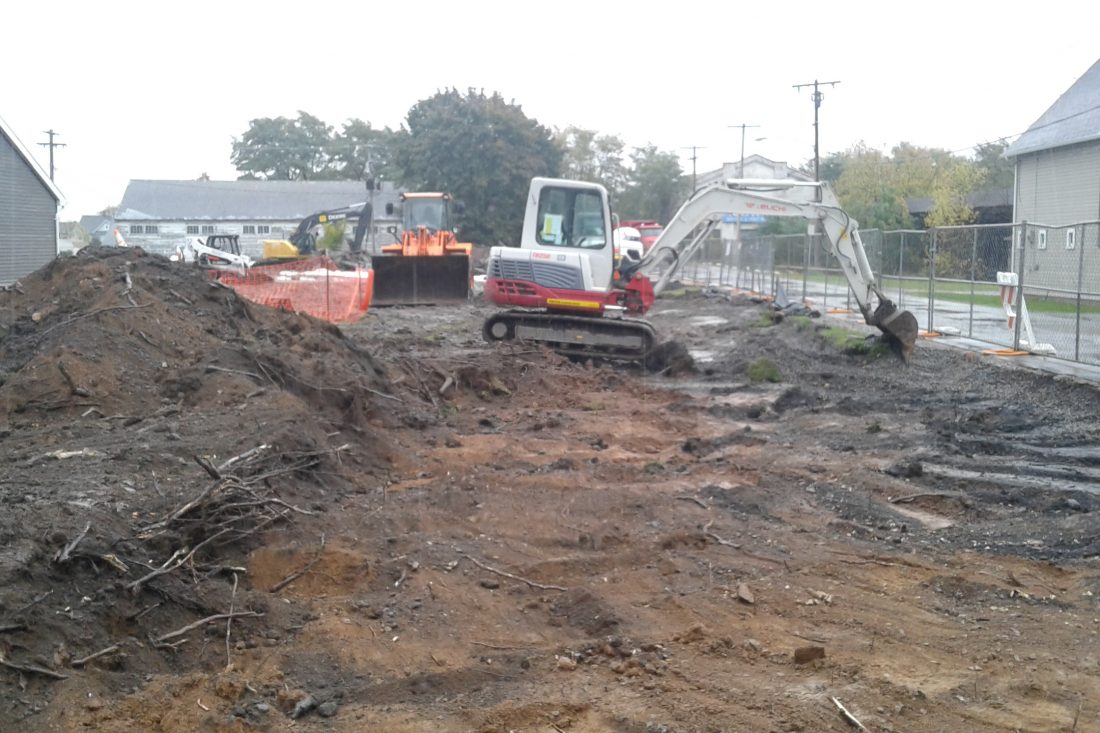 MIDDLEPORT - Two softball fields on the Royalton-Hartland Central School campus will be excavated, starting in May, in the latest phase of the removal of arsenic from the soil in  Middleport.

The source of the arsenic is the FMC Corp. agricultural chemical plant, which has been using arsenic as an ingredient in its products for decades.

The southernmost of the two softball diamonds will be dug up while school is in session, while the other softball field is to be excavated during summer vacation, according to  announcement from the state Department of Environmental Conservation.

A parking lot west of the Roy-Hart Middle School and grassy areas surrounding the ball fields also are to be excavated. In all, about 18,000 cubic yards of soil are to be removed from the area between the middle and high schools this year, the DEC said.

"It's probably the largest amount of property that will be remediated," Superintendent Roger Klatt said. "I anticipate at least two more phases."

This will be the third consecutive summer of excavations on the campus, as the DEC continues its efforts to remove arsenic from the soil in the village.

The excavation of the ball field farthest from the school buildings is slated to begin in mid-May, and the whole project should be done by Sept. 1, the DEC said.

While school is in session, the work won't begin until after 8 a.m. Klatt said a parking lot used for student arrivals and departures will be affected, so alternative plans will be implemented. Also, the Roy-Hart softball teams will play home games this season either in Hartland Town Park or at Barker Central School, Klatt said.

He said the DEC wants to start work in May to improve the chances of being done by September. "It's really contingent on the weather," Klatt said.

The FMC plant is located just north of the Roy-Hart campus. Soil testing has shown that arsenic levels in the ground exceed the local background level of 20 parts per million, and that the high levels can be found on the school campus as deep as four feet underground.

As far back as the early 1990s, remedial work was done along the property line, and excavations near the school football field, located along the boundary, began in 1996 and continued in 1999.

Klatt said he expects future remedial work behind the middle school and west of the high school in future years.

The excavations, especially those going on for many years in residential areas, have been generally unpopular with village residents, who eventually were allowed to opt out of having their yards dug up by the state's contractors.

At past public meetings, residents said they have seen no indication of any health impact from the arsenic, and objected to the destruction of trees, shrubs and lawns, often leaving dust behind.

"You can't fight it, so you might as well work with them and do the best you can for the village," Mayor Richard J. Westcott said Wednesday.

He said about four to six weeks' worth of work is expected this year, completing excavations begun last year on Park Avenue and Alfred and Vernon streets, especially around the former St. Stephen's Catholic Church.

"There'll be more to come later, but we don't know whether it'll be FMC or the DEC (paying)," Westcott said.

FMC signed a consent order in 1991 pledging to pay for all the remediations, but it stopped paying in 2013 after filing a lawsuit over how much soil was to be excavated. The company contended that the DEC's cleanup plan was too expensive and sought to remove too much soil.

Last October, the Appellate Division of State Supreme Court ruled in FMC's favor, but the DEC is appealing the ruling.